The SC’s hasty removal of Nawaz Sharif robs a chance to truly nail him. With a canny establishment planning its moves, Pakistan may return to political chaos. 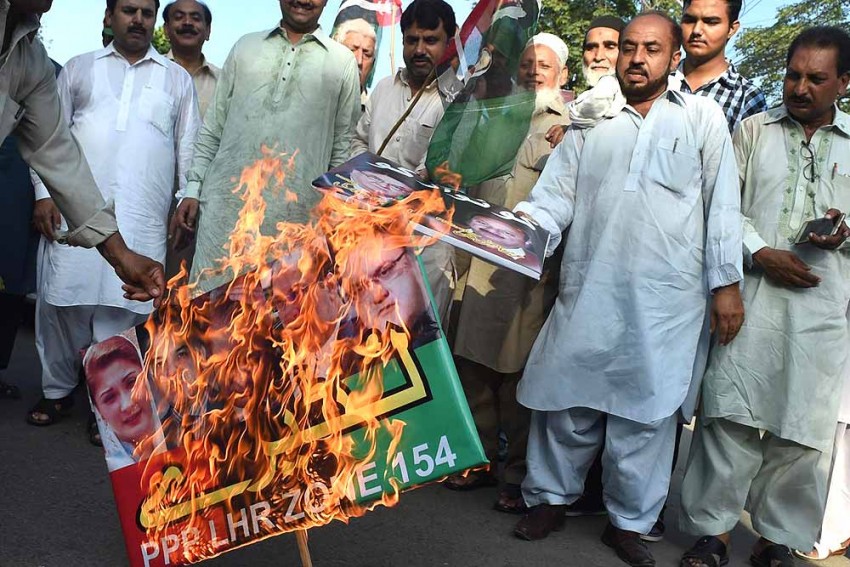 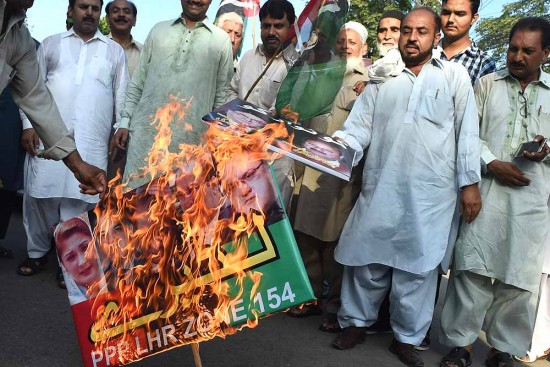 As the news of Pakistan’s Prime Minister Nawaz Sharif’s dismissal on corruption charges splashed through the media, some may have thought that the country made significant strides towards solving the pro­blem of financial mismanagement and pilf­­e­rage of resources. Indeed, corruption is a global issue that has certainly left its marks on the politics of all South Asian states. So, finding a solution is a major achievement with long-term implications.

However, glancing through the judgment, it seems like a game of snakes and ladders—right when the people of Pakistan thought they were speeding towards the finish line, a snakebite pushed them back several steps. Despite organising a Joint Investigation Team (JIT) that was given at least two months to tender a report to the Supreme Court on the money Sharif took, the highest court could only bring itself to disqualify Sharif on money he did not take—the main reason given was his work permit for the UAE, which he had declared in his 2013 pre-election statement, in which he was shown as director of a firm registered in Dubai. The judges were of the view that it didn’t matter that he forfeited his salary, because he could have taken it at another time, thus, ent­ering into the tricky arena of judging intent.

The assets of the Nawaz Sharif and Asif Zardari families have been the talk of the town for deca­des. But it seems the truth remains as illusive as the day when court proceedings started a few months ago. The question is, why did the judges give such a judgment, or were they in a hurry to disqualify the prime minister before giving him a fair trial? It really wouldn’t have mattered in the life of a nation to have actually waited another six months, which is the time now given to the country’s prime anti-­corruption agency, the National Accountability Bureau (NAB) to investigate into Sharif’s family wealth. In many ways, the opportunity to nab Sharif politically is gone. Whatever the outcome, it will always be seen as a biased inquiry.

In case Sharif challenges the deep state, his activities will be clamped down upon, leading to PML-N’s unravelling.

The unfortunate part with accountability in Pakistan is that it was always used as a political tool. The national accountability ordinance 1999 and the  NAB that was created to implement the law could not really take off, as it appears from the only authentic account of the organisation given in Hassan Abbas’s book, Pakistan’s Drift into Extremism. Abbas, who served as staff officer of the first NAB chairman, Lt. General (retd) Muha­mmad Amjad, wrote how the general had to leave prematurely when he confronted major problems in implementation of the law. Eventually, cases were either settled out of court or were not pursued. For years, the NAB was used to catch comparatively petty thieves and has also lost its potential vis-a-vis forensic auditing. Given its reputation, it is highly questionable that the NAB will be able to convince ordinary people of the authenticity of their probe. Now, the case will partly evolve as an issue of political victimisation that would result in invisible deals but in no proper accountability.

Many argued for all these years that Pakistan’s political leadership is problematic but must be weeded out through a democratic process. Let the ordinary people punish them for not delivering, for unaccountability. It would be a lie to say that the Sharif family, like rest of the elite (including the upper-middle class) was accountable in any way. However, firing them through undemocratic, non-parliamentary means always dignified them, rather than costing them politically. The current decision does not appear any different. In fact, the unpredictable Imran Khan even exposed a senior judge involved in the decision, suggesting that the latter had given him certain directions. Such information adds to the sense that the decision lacked the principle of juris.

Consequently, the next year-and-a-half in Pak­istan will not only be chaotic but most unpredictable, much like the country’s cricket team—you wouldn’t know who to bet on or what to expect. It is believed that how Nawaz Sharif ultimately gets treated depends upon the kind of resistance he offers in the coming months. The deposed PM is not made of the same metal as former Pakistan People’s Party leader Benazir Bhutto, but he may up the ante and try to reach out to people, especially in Punjab. This would be tantamount to testing the waters to assess if people would stand by him. It is also believed that shifting the reins of government to his younger brother and current Punjab CM, Shahbaz Sharif, may not be easy, as cases pending against him in the NAB are likely to get reopened in coming months. So, Pakistan’s non-parliamentary forces could take a minimalist option of pushing Sharif out of the country—of his own volition—but thro­ugh a secret arrangement. The maximalist choice would be putting him and his family in jail and conduct a not very transparent accountability process.

Right now, the political system appears comatose, with even the establishment not taking risks, or else Sharif would not be allowed to go around scot free. After all, according to the NAB ordinance, corruption is a non-bailable offence. It seems that the establishment—the beneficiary of the SC decision and many believe the force behind the anti-Sharif media campaign—is not in a mood to turn Sharif into a political victim. It would be happy to see things take their course and let the highest court take the decisions. So, it would be a matter of days before Sharif is arr­ested, unless he is already engaged in negotiations to exit the scene.

In case those close to Sharif advise him to challenge the establishment by reaching out to the people, his activities will be clamped down upon. Sharif’s arrest would start unravelling the PML-N. It is believed that the party is finding it difficult to get Shahbaz Sharif elected to the National Assembly from the seat vacated by his brother in Lahore and efforts are being made to bribe people from some less significant, perhaps rural, constituency to send Shahbaz to Parliament. Winning seats in the 2018 elections, which has been the primary concern of the establishment, would become very difficult for the Sharifs in case its top leadership is arrested. This would also herald a new age for Imran Khan’s PTI, which has much to gain in Punjab. However, if the highest court also chooses to disqualify Imran in a case pending for non-declaration of his off-shore companies, it could result in a much larger clean-up of the system. This is what some sources call the powerful military preferring a ‘Bangladesh’ model—allowing technocrats to fix the state and introducing a formula of guided democracy.

The ideal situation now is for parties to learn from their mistakes and come together to wrest power away from the hands of non-parliamentary forces. The PML-N and the PTI, in particular, need to learn a few lessons about using Parliament to its advantage. However, there is a greater likelihood that the moment may pass, as it did several times in the past. The endless  manipulation of images through a controlled media will be a major factor in the making or unmaking of political partnerships and governments. The biggest danger in playing political snakes and ladders is that the process of falling down an endless pit can only strengthen extremist forces. Every time I hear a young man or woman talk disparagingly about politics it makes me shudder. Wouldn’t they be an easy catch for those who don’t like democracy—the military and the militants?

(The writer is a research associate at the SOAS, University of London, and author of Military Inc: Inside Pakistan’s Military Economy)