A Grandiose Song For Gandhi

The musical moves from one milestone to the other interspersed with songs and commentary by Boman Irani as the voice of the British Raj. 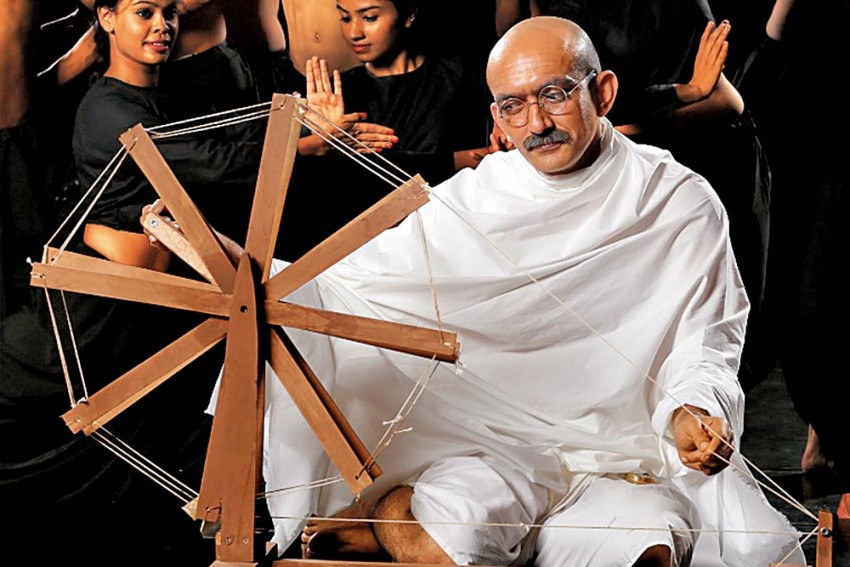 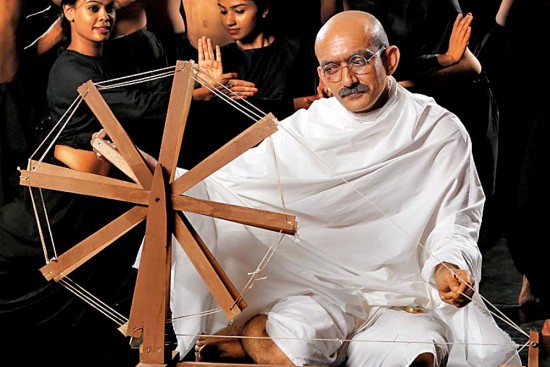 When a musical on the life of the Mahatma, the father of this ­nation, is staged, one inevitably goes with some expectations. The tale has been told many times over to you—starting from your school coursebook, government-funded TV programmes on Gandhi Jayanti, even a Hollywood biopic with a Brit playing the Mahatma.

Gandhi, the Musical begins on a high note of a welcome dance. At that moment, it‘s hard to tell whether the motivation for producing this magnum opus was the idea of ‘unique’ experiment—a retelling of a story well known, yet yearning for depth (as there are many complex hues to the mystic legend)—or another chronological compilation of his life and times. By the end of the two and half hours, it is quite obvious that it was the latter and so what we have is an ­expensive, elaborate and enthusiastic staging of Gandhi’s life with visual effects, dances, songs of different genres, stage ­design and some true-to-script performances. The zealous yet straightforward show lets the enigma be.

The musical moves from one milestone to the other interspersed with songs and commentary by Boman Irani as the voice of the British Raj.

It starts with a young Mohandas reaching the shores of South Africa as a barrister. A giggly welcome number plays in the background with seemingly Zulu references and other cultural overtones—a little hard to stomach. Young Gandhi, played by Abhishek Krishnan, with utmost sincerity if not aplomb, moves from an eager-to-succeed lawyer to a torch-bearer for the Indians under the British Rule in South Africa so quickly that the flaws of the script shine through all the razzmatazz.

Firm on the road more travelled, the musical moves from one milestone to the other interspersed with songs and commentary by Boman Irani as the diabolical voice of the British Raj. We flash past landmarks—Gandhi thrown out of the first class compartment, the court room drama over his turban, the arrival of Kasturba, return to India, the Jalianwala Bagh massacre, the Dandi March, the Swadesi movement, the charkha spinning, Kasturba’s death, the Partition riots…Some of them, such as the Dandi march through the audience, the transformation to Mahatma (the attire and actors change on stage) and Kasturba’s final moments are evocative. Gandhi’s reaction to Kasturba’s death, particularly, tugs at your heart.

Although there is ample historical evidence of British atrocities, to refer to them as ‘goras’ in songs and have an evil pair of eyes on a backdrop of British flag with Irani’s narration was at best tacky. And to ensure a nationalist crescendo, a soulful rendering of the national anthem by Chirag Vora, who plays older Gandhi, has the desirable effect of making the audience instantly stand up, as is the norm now. Vora, an eminent name on Gujarati theatre, brings much-needed grace,  and warmth to the role and takes it forward from where Krishnan leaves young Gandhi. Some of the exchanges between Gandhi and the British Officers are witty and draw laughs.

Another, possibly unconscious, effect is of irony—the description of the Rowlatt Act at the beginning of the musical bears an eerie resemblance to the arguments against the Aadhaar scheme. There is also an attempt to jazz the song ‘Raghupati Raghav Raja Ram’, which unintentionally (I hope) reminds one of the hilarious hippy rendition of the track in the 1998 Bollywood film Kuch Kuch Hota Hai. The musical allows people to take photographs during the show and post on social media. It served as a parallel activity during the show, nevermind many theatre-lovers find it sacrilegious.

The stage design is impressive and deserves a mention. But largely, the play remains simplistic and superficial. There is no visualisation of the political fasting and the Satyagraha as Gandhi’s preferred weapons to fight except a mere mention towards the end. Pitching Gandhi’s life as a Broadway-style musical and trying to carry it off is biting into too much. The play had one thinking about other references where it could have learned from. One missed the bare bone adaptation of Mahabharata by Peter Brooks several times during this play. Brooks’ Mahabharata performed one of the essential functions of theatre—it retold a well-know story with the freshness of ­nuance. In Gandhi, the Musical, the opposite seems to have happened.

Ambition Of The Vaulting Kind