Video-recording in courts can bring accountability and more, but judges have some reservations 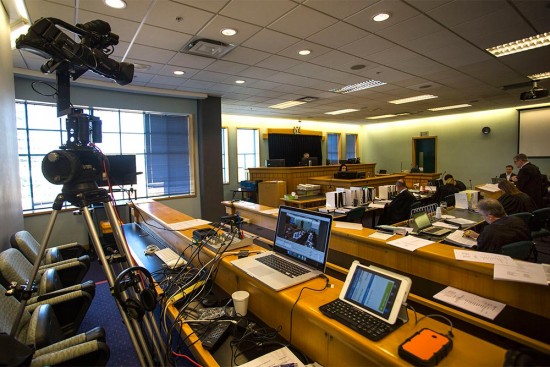 The video recordings of the Oscar Pistorius trial—for the killing of his girlfriend—still attracts several hundred viewers every week, two years after it was telecast live from South Africa. A court had given special permission for live coverage and video-recording of most of the trial. This included some of the consenting witnesses’ cross-examinations. Some had criticised it as pandering to voyeurism, while others pointed out that it infringed on the court’s sanctity on sub-judice matters. Others, including the court which allowed the telecast, felt the public had a right to follow the trial till the final verdict.

The Bombay High Court recently disallowed a petition requesting video and audio recording of court proceedings. The petitioner, Navnit Khosla, stated that the position of lawyers changed from one hearing to another, creating delays and distortions in proceedings. His petition claimed that the media selectively reported proceedings in high-profile cases while they were being heard, leading to rumour-mongering.

The HC denied Khosla’s petition, citing one of its judgements from earlier this year. The judges had decided that recording cou­r­­troom proceedings was a matter of policy and that right to information was subject to the same reasonable restrictions set on fre­­­e­­dom of expression. Regarding live telecast of proceedings, the order noted that a courtroom should not be reduced to a reality TV show. Similar petitions have surfaced in different high courts, as also at the Sup­­reme Court. Video recording was offered as a solution to deal with the huge backlog in courts and delays in the justice system.

Globally, several countries have adopted the practice. However, courts there have always had a minute-by-minute recording of proceedings and the move to digital...