2017 is going to be a roaring year for performance bikes and a large share of spotlight will be on homegrown auto major TVS...

2017 is going to be a roaring year for performance bikes as the best international names are eagerly burning the rubber to take off. There is plenty of action at the entry-level segment of superbikes. And a large share of spotlight will be on homegrown auto major TVS, which has partnered with Bavarian giant BMW to manufacture the BMW G310 R and the Apache RTR 300. 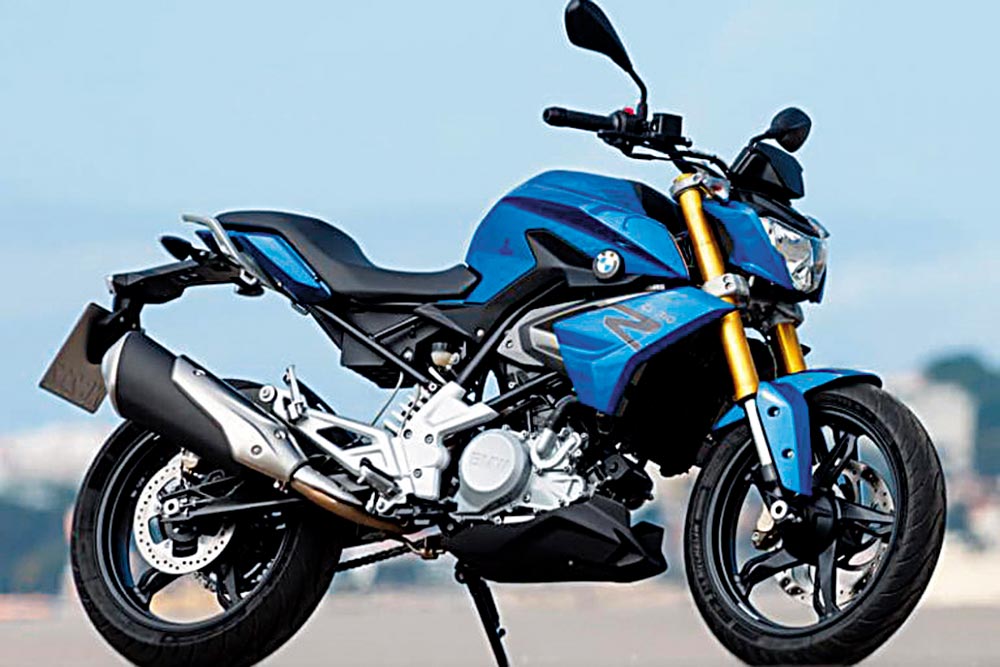 The BMW G310 R, which carries the genes of the S 1000 R, is just days away from ­being launched in India. The entry-level performance motorcycle, designed by the German company and manufactured by TVS on the outskirts of Bengaluru, will be BMW’s first offer under the 500cc category. A 313cc liquid cooled, single-cylinder engine will churn out 34 BHP and 28 Nm of torque. The motorcycle, on sale in the UK with a sticker price of around Rs 4 lakh, is likely to be priced bet­ween 2-2.5 lakh in India. The manufacturing machines have been imported from Germ­any, and the new bike will help the homegrown auto company to finally catch up with the top players in the industry. The bike will be exported to foreign markets from India. 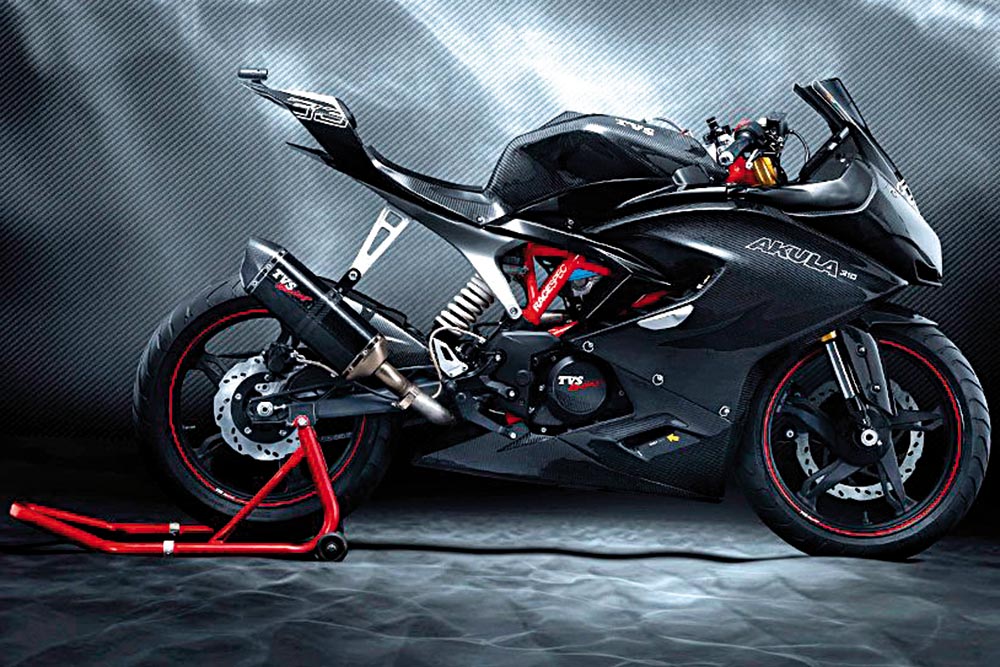 At the 2016 Auto Expo in Greater Noida, TVS turned heads with its Akula 310 ­concept. When it hits the road next month, it will be called the TVS Apache RTR 300—carrying the heart of BMW’s GTR 310 R but built based on a TVS design. The bike, though, will be built on the BMW GTR 310 R platform. The RTR 300 is an attempt by TVS to enter the ‘premium’ category with its first fully faired model.

Just as is the case with the VW Vento and Skoda Rapid, which try hard to look different though they are produced from the same kitchen, the TVS RTR 300’s brawny looks might go in its favour.

TVS might tune down the Apache eng­ine a bit so that the BMW GTR 300 R and Apache don’t cannibalise each other. 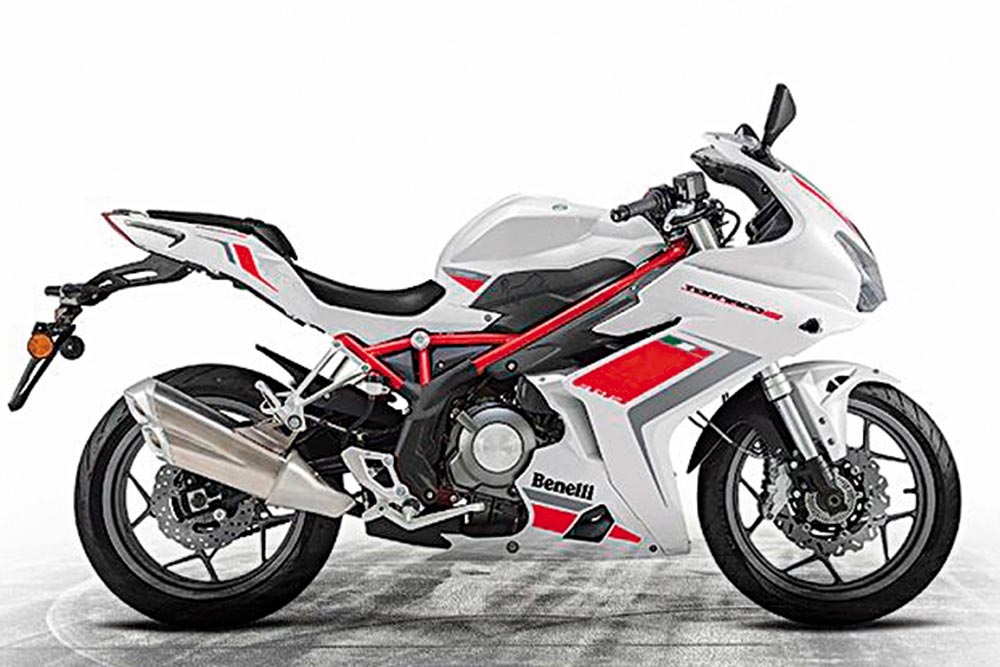 The Italian company took the TNT 300 that was launched in December 2015 and fitted it with a drag-reducing shell. And voila, you have the new DSK Benelli Tornada 302.  A 300cc, twin-cylinder liquid cooled engine that produces 36 BHP and 27 Nm of torque does duty in both the motorcycles.

The bike has a top speed of 154 km/hr and can do 0-100 in 8.3 seconds. Since the TNT 302 has inherited almost all the components of its sibling, the bike is expected to run 25 km on a litre. The sporty slits on the shell and the double-barrel exhaust top the come-hither looks of the bike.

It is likely to be priced a little upwards of Rs 4-4.5 lakh and throws the gauntlet at the Kawasaki Ninja 300 and the Yamaha R3. It is expected to be launched around April, though showroom mangers say they haven’t got any intimation from the company yet. 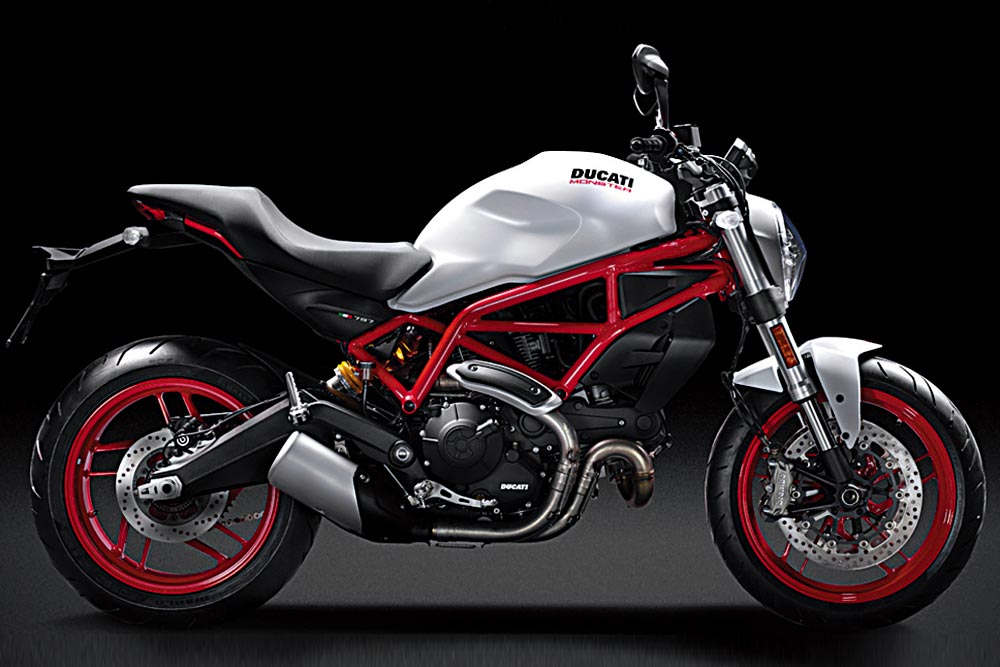 Priced at around Rs 10 lakh, the Ducati Monster 797 will be the entry-level motorcycle from the stables of the Italian motorcycle maker, which is a part of the Volkswagen Group. The upcoming Monster, which is expected to be launched by May-end, borrows design cues from the Monster 821. The engine, that fires 75 BHP and 68 Nm of torque, is taken from the Ducati Scrambler. The 797, the smallest yet in the Monster series, comes with a slipper clutch and a six-speed gearbox mated to a twin-cylinder engine.