A Flaneur, A Bomb. But Teekh-Taakh

In piquant, masala-encrusted England, a British-Pakistani meets an explosive ideal 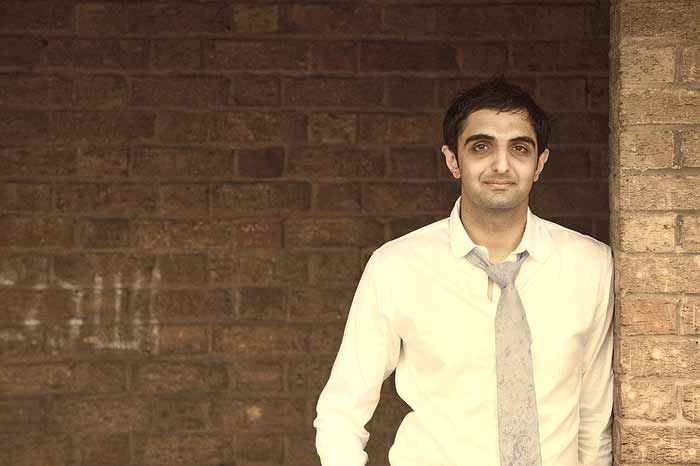 Imtiaz has grown up in Britain, the son of an immigrant Pakistani taxi-driver and his veiled wife. Not a very bright student, he does the usual things—loiter, dream, plan and abandon a career, go to pubs, date, stay cool. He loves his parents and is embarrassed by them: their stilted English, their tendency to keep the TV remote and sofa wrapped in plastic, their ‘spinelessness’ in the face of provocations.

In due course, Imtiaz meets and marries an English girl, Rebekah, after some poignantly funny situations on both sides. When his father dies, Imtiaz accompanies the body and his mother to the family village in Pakistan. Already torn in his relationship to England, he falls in with some Islamists and volunteers to undertake a suicide mission. He returns to England with his cousin, Charag, who is to help him in his mission.

But his old life is falling apart. His turn to religion does not help his domestic life. When Rebekah leaves Imtiaz, his sense of reality flounders—is Imtiaz paranoid? Or, is Charag informing on him? Has Charag simply used an Islamist network to get a visa to enter the prosperous West? Are Rebekah and Charag having an affair? Who is this sympathetic Muslim, Tarun Wadia, and why does he seem to know so much? To say more in this review would be to do injustice to a novel that keeps the reader glued to the page until the end.

Ours Are The Streets is narrated by Imtiaz in the first-person. It is structured as a kind of diary that Imtiaz writes, primarily for Rebekah and their baby, in a bid to explain his decision to carry out the planned suicide bombing. The language and tone of this narrative is one of the strengths of the novel. Sunjeev Sahota, as the novel’s blurb tells us, “was born in 1981 in Derbyshire and continues to live in the area”. The novel is proof of it, replete with local slang and colour.

Sahota is at his best when writing about urban England. He manages just the right register with both cultural and personal matters—for instance, his nuanced narration of the mutual love and heartbreak attending Imtiaz’s relationship with Rebekah.

Sahota is at his best on urban England. The Pakistan parts, though less intricate, are gripping and quite convincing.

The part of the novel that takes place in Pakistan—and includes a ‘militant’ trip to Kashmir—is less intricate, though it still remains gripping and reasonably convincing. It is one of the achievements of Sahota that he manages to present Imtiaz as both a distinctive individual and as a person who reflects certain currents of anger, frustration and distorted idealism to be observed in many other Muslim youths today. He also captures an ‘immigrant’ angle to Islamism in the West: “So quiet the city is. Everyone sleeping contentedly. So indifferent to the crimes of their land.”

The sections based in England are subtle and, at times, poignant. Sahota, like Imtiaz, knows his streets: he knows, for instance, that people do not convert to Islam in these ‘British’ circles; they ‘revert’ to Islam. Read as the work of a South Asian or even ‘postcolonial’ (in the same misleading breath as, say, Shashi Deshpande or Siddhartha Deb) writer, there are the usual hiccups: beiti, teekh-taakh, the perennial ‘dhal’, which, like balti cuisine, will soon be claimed as a British colonial invention. Personally, I won’t complain, preferring to stick to my daal.

Some greater jolts too: such as an Islamist performing the ‘Hindu’ act of touching feet, something Muslims do in some parts of South Asia but only when they have not turned fundamentalist. I also hesitated a bit when faced with Tarun Wadia as a Muslim name: though I must say that the excellent White Teeth by the talented Zadie Smith has given us the great-grandson of Mangal Pandey as a religious Muslim, without noticing that surely historical act of conversion.

But then that is the point: these are British novels. Sahota’s Ours Are The Streets is a gripping, sad-sweet, funny-tragic novel by a voice to watch. It is an excellent contemporary British novel, as anyone who has plodded through recent British novels like Ian McEwan’s Solar would concede. If only critics, when pronouncing on ‘British fiction’, learned to wrap their tongues around names such as Sahota and Hari Kunzru as readily as they manage to utter, say, McEwan. Then, everything can be, yes, even ‘teekh-taakh.’

(Tabish Khair’s new novel, The Thing About Thugs, has been shortlisted for the Man Asian Literary Prize.)