A Flame Singes The Pitch 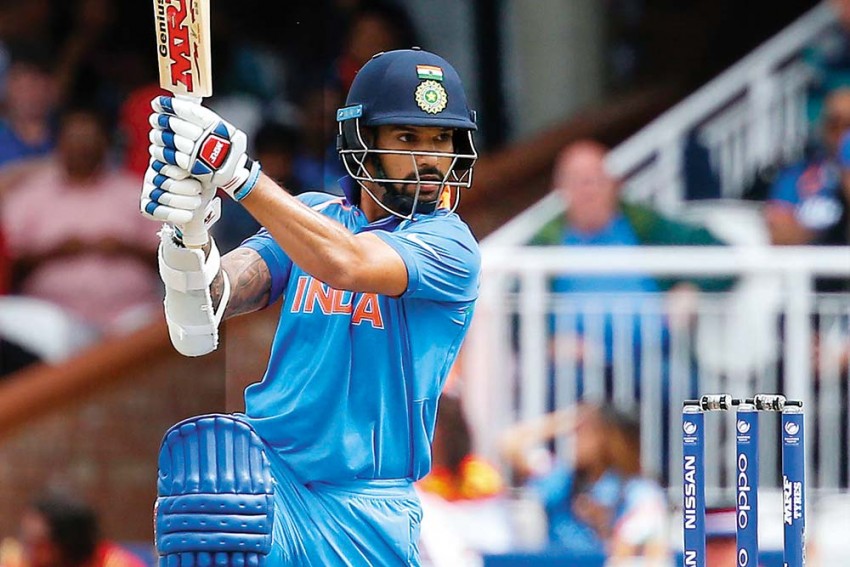 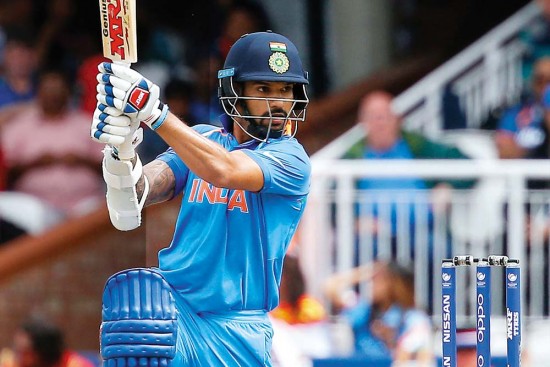 It’s curious how, by a fortuitous accretion of good results, every cricketer tends to have a favourite venue. For example, Anil Kumble and Delhi’s Ferozeshah ­Kotla, where he took all 10 wickets in a Test inn­ings in 1999, or Mohammed Azharuddin and the Eden Gardens, where he has five Test centuries, or Sunil Gavaskar and the Queen’s Park Oval, in Port of Spain (four centuries). For Shikhar Dhawan, it is Kennington Oval in London, where he averages an astounding 152.50, and Edgbaston in Birmingham, where he has regained his form in this year’s Champions Trophy. Dhawan, 31, relishes scoring on foreign soil—his ­other 200-plus run agg­regates in 79 ODIs are at the Melbourne Cricket Ground and the ­Sher-e-Bangla National Stadium  in Dhaka.

Another unique fact about Dha­wan’s car­eer is that he has scored over half of his 3,361 ODI runs overseas—2,393 in 56 matches, and only 968 in 23 games at home. Dhawan’s coaches are obv­iously pleased at his imperious form. Tarak Sinha, who has produced several international players from his Sonnet Club, and Madan Sharma, who was one of the coaches at the club, have seen Dhawan since he joined as a 12-year-old. “He had not been able to perform well lately and had to prove himself to retain his place. Then, he had a good IPL 2017 (479 runs) and now he’s in good form in the Champions Trophy. The reason is that pit­c­hes in England are behaving like Indian and sub-continental ones—slow and flat—and Shikhar is a very good player on such pitches. He finds it a bit difficult in playing the moving ball and it is not moving at the moment in England,” says Sinha.

Whatever that may be, Dhawan is eff­ort­lessly belting out his A game: strong on the square of the wickets and down the ground, with his drives, pulls and hooks delivered with sharp stabs and jabs, the bat forming half an arc, as it were, but hit with no less ferocity for that. The whole thing is acc­ompanied with macho, yet artless, grins.

Sharma has seen Dhawan play from his sch­ool days. “One always has at the back of the mind ‘I’ve scored runs at this venue’. That also gives one confidence,” says Sha­rma about Dhawan’s record in England. Is it because pitches are ‘slow and flat’? “It is not that only Shikhar is batting on flat English tracks; so are others,” says Sharma, adding that if red Duke balls were used, things would change drastically for batsmen, as it swings a lot more more than the white ones being used for this tournament.

Dhawan’s has been a topsy-turvy car­eer, one that started on a promising note in 2004, at the ICC under-19 World Cup in Bangladesh. He hammered 505 runs in seven innings, averaging a stupendous 84.16, with three centuries. He was touted as the next big thing. But it took him six years to make his ODI debut and nine years to play a Test. When it came in early 2013, the Test debut was sensatio­nal—a record-blasting 187 against Aus­tralia. It also earned him the swaggering nickname, ‘Gabbar’.

So far, Dhawan has made 1,046 runs in World Cup and Champions Trophy—the fas­test to do so. Till the end of the league phase, he was the Champions Trophy top scorer with 271. At the 2013 Champions Trophy, also held in Eng­land, he averaged 90.75, with two centuries in five innings. He was the top run-getter, with 363 in five matches and was adjudged the Man of the Tournament as M.S. Dhoni-captained India lifted the trophy.

But Dhawan’s journey to a stellar 2017 Champions Trophy has not been easy. Bad luck dealt him a blow too. Before the 2017 IPL, Dhawan was woefully short of runs. He was dropped for the third and final ODI aga­­inst England in January after he managed one and 11 in the first two encounters. He had a poor first Test against New Zealand and, when recalled for the second match, he sustained a fracture on his left hand and was ruled out of the third and final Test. He was ignored for the five-Test series against England, the one-off Test against Bangla­desh, and the four-Test series against Austr­alia. Then came the IPL and opening for SunRisers turned out to be a game-changer. The rich vein of form he struck in the hot months of April-May in India continues in this wet and sunny summer in England.

Crown At The Colony’s Mercy