In British Columbia's fruit & vegetable basket, the farms are owned and tended by Sikhs 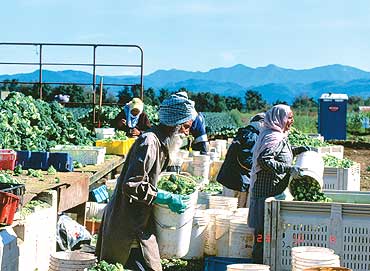 The extraordinarily delicious berries of the Canadian province of British Columbia beckon you to Fraser Valley, just over 100 km away from Vancouver. Travel 400 km into the interior, and the blueberry and strawberry farms give way to orchards of plump cherries, apricots, apples—much of the fruit grown and harvested by Sikh farmers of Indian origin.

They now account for three-fourths of the farms in Surrey, Abbotsford, Chilliwack and Mission in Fraser Valley. Inland, in the Okanagan Valley, half of all farmers can trace their roots back to Punjab. These Sikh farmers are taking over the land that Canadians are selling at whopping prices before migrating to urban centres.