Attempting to restore order while abandoning the rule of law will do exactly what the bombing of Iraq and Afghanistan did to restore democracy. 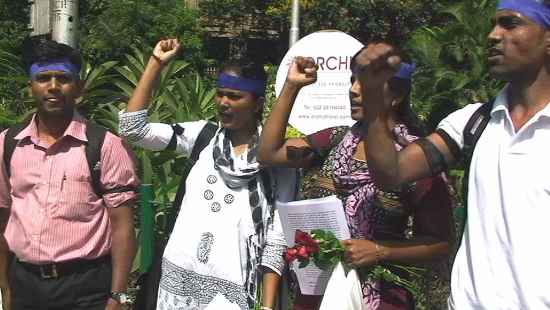 Our democracy, like another it attempts to emulate, takes one step forward, two steps back. A victim of paranoia like the one it emulates, it is undermining its own founding principles by emphasising order and wilfully sacrificing the law. Without the guiding hand of a civil society conscious of its rights, it may well fall on its face, as it did during the Emergency.

In April 2013, when Sheetal Sathe and Sachin Mali of the Kabir Kala Manch (KKM) did a satyagraha for freedom of expression and gave themselves up outside the state assembly to an anti-terrorist squad (ATS) that had supposedly been hunting for them for two years, it seemed to have established a healthy precedent. Within a month, encouraged by the fact that under intense public scrutiny no torture of the arrested took place, Ramesh Gaichor and Sagar Gorkhe of the KKM also gave themselves up, expecting that the due process of law would restore their freedom of expression.