Fresh insights into the Sino-Indian war in Bertil Lintner’s new book are but diversions. All he does is stick close to the Indian version—a monstrous historical falsehood. 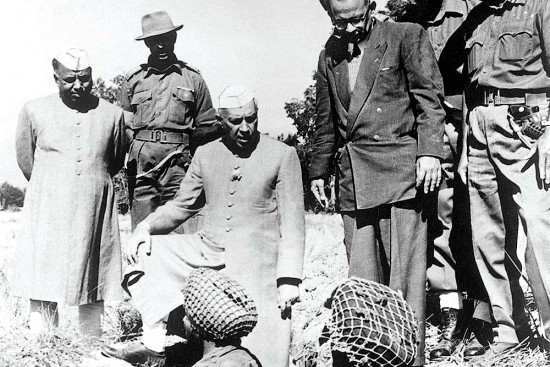 A new champion has entered the lists in one of the major interpre­tative arguments of the mid-20th century, the placing of blame for the brief, savage 1962 Sino-Indian border war. India, its army quickly crushed by a wholly unexpected (if long threatened) offensive of the People’s Liberation Army, its reputation as a great non-aligned paci­fic international influence effaced by Nehru’s frantic pleas for a American military alliance, raised the self-exculpatory plea that it had been the victim of an “unprovoked aggression”. The int­ernational community gladly swall­owed that as a placebo: the PRC being then outlawed from the UN by American veto. Beijing’s explanation, that it had struck back only as a last resort, and preemptively, against a protracted Indian campaign of petty territorial seizures, culminating in an effective declaration of war, held no water.

For years, that “aggressor” charge hung around Beijing’s neck, but publication of a book, India’s China War, in 1970 occasioned an international rethink, with the verdict turning squarely in China’s favour. That is the dispute into which the Swedish writer Bertil Lintner, an experienced Asia specialist, has waded, and the polemical title of his powerful new book, China’s India War, proclaims which side he takes.