With their subtle colouring of death, caste, music and natural life, and often about women staring challenges out, Ambai’s stories whisper quotidian tales 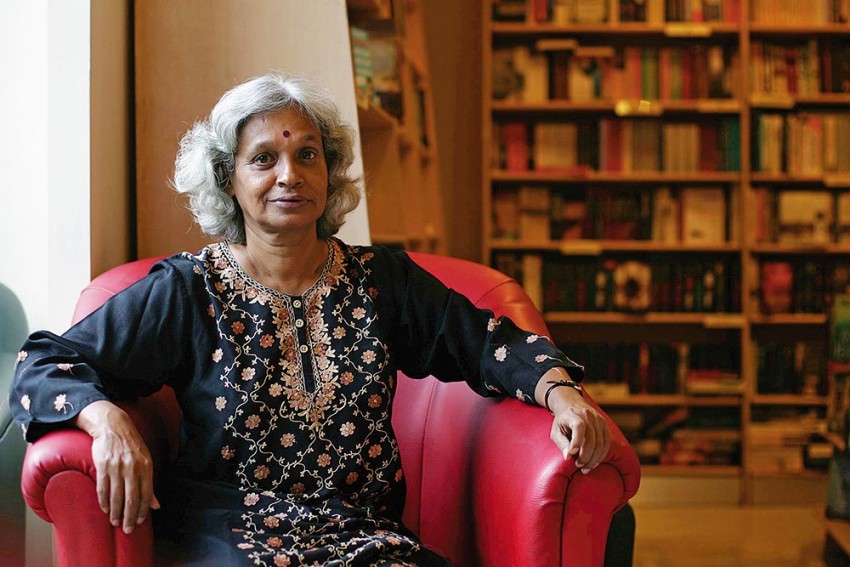 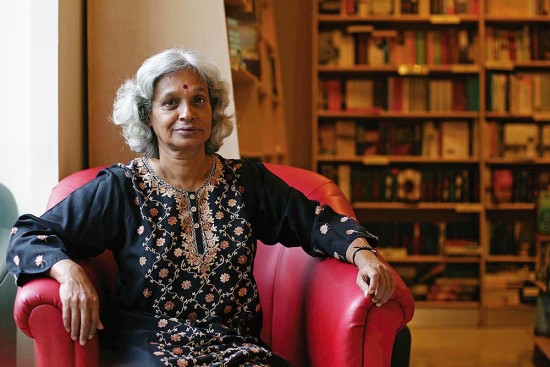 For decades now, Ambai has dev­eloped a signature short story. A delicate, almost tremulous acc­ount of a moment, rippling outward into a life; almost always a female protagonist at the centre, but often men in it too, portrayed with the same sensitivity and tenderness; the animal world and the world of nature brushing against and illuminating the human; and, most of all, a quietness and ordinariness that carries incendiary reverberations.

A Night With a Black Spider is a collection of 17 such stories that leave the reader alternately laughing and in tears and always wiser. Building on the rem­arkable stories of her earlier collections—A Purple Sea, In a Forest A Deer and Fish in a Dwindling Lake, these stories share the formal and thematic qualities of those stories but, in a departure, foreground concerns around caste and death.

Lightness of touch is the hallmark of an Ambai story. Humour is also a constant, often freighted with pain. Most stories are soaked in Tamil Brahmin culture and its various restrictions.

The opening story enters the subjectivity of the asura Mahishan who asks to be killed at the hands of a woman. We learn of his vulnerabilities and his loneliness as much as his sexism. Holding the constitutive contradictions of gender in tension is Ambai’s strength.

Not for Ambai the self-righteousness of anti-casteist posturing. The clearly Brahmin woman protagonist of another story, outraged by the casteism of an old patriarch on a train, is gently chided by a Dalit co-passenger (at whom the casteism is directed), who teaches her through his humorous indifference to it that self-respect is more important. The protagonist responds with a rom­anticisation typical of her own caste provenance. There are no easy exonerations for Ambai, but no corrosive judgements either.

Most stories are soaked in what can be discerned as Brahmin—specifically Tamil Brahmin—culture, but they are stories of the terrible confinement of women by that culture. Indeed, the very idea of ‘culture’ which is tied up, particularly in the Tamil case, with caste comes in for a drubbing. In one story, a Tamil diasporic audience, expecting an encomiastic lecture on ‘Tamil culture’ from a visiting Tamil writer, gets one on the brutal killing of infant girls in Tamil Nadu instead.

Several stories are simply entitled ‘Journey’, followed by a number and many of these deal with old age and death. An old man, whose daughter takes him to a tailor to buy him some shirts, learns that most of his friends have died. The story ends with him breaking the silence in the auto ride on the way home with, “Perhaps one shirt would have been enough.” It is a classic Ambai end to a story. A short sentence that reverberates in the mind long after.

An old woman dies on a train and a younger woman looks after her body for a while at a railway station in the middle of the night; another old woman’s ashes are sent down the river along with the veena she loved; an unconventional feminist dies at an airport and memories of her bring a younger woman to life; an older woman mourns with a younger one the callousness of artist men and the pain of aborted foetuses. Death is looked straight in the eye and becomes a metaphor for the gifts of life.

Ambai is strongest when it comes to women. The twin threads across many these stories are abandoned women and music. Women caught in terrible marriages who decide to leave, women left by men, women always open to the world and the surprises it offers and alw­ays moving, changing. Music is used to enter their subjectivities, not invoked as lazy metaphor, but as the vehicle of an affective state, an emotional tug atta­ches itself to and works through the musical note.

As usual, animals, birds and insects abound in these stories. The eponymous one has a protagonist talking to a spider on a sleepless night, given that there’s no one else to talk to. Interspecies interaction has been a constant in Ambai’s stories and it is almost always developed not through fey romanticism but an unflinching, if often delicate, encounter with difference.

Indeed, lightness of touch is the hallmark of an Ambai story. Humour is also a constant in her repertoire and is used to great effect, often freighted with pain. Ambai’s stories are built from the minutiae of quotidian, day-to-day life, its rec­urrent violence and beauty. Each one of them is like a free association session where seemingly random observations, objects, people, animals come together to offer an insight into emotional states.

The short stories survive Aniruddhan Vasudevan’s frightfully dull and clumsy translation. In her seventies now, we are incredibly fortunate that Ambai feels impelled to continue to write stories because life never ceases to offer them to her.

March, As The Money Jingles