A Chill Up The Spine 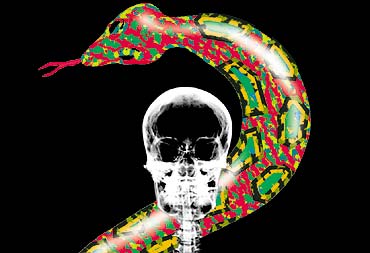 When a former president was diagnosed with tuberculosis of the lungs while he was still in office, absolute disbelief is what he received the news with. How could he have contracted the 'poor man's disease', a malaise more at home in low-hygiene surroundings, he repeatedly kept asking his doctors. As if it wasn't enough, when his daughter had problems conceiving, and visited a clinic to have the cause of her infertility investigated, she too tested positive for TB of the uterus. So shocked was the then president that he refused to acknowledge the diagnosis and forbade any treatment for TB for his daughter. TB doesn't happen in the uterus, he kept telling himself. It's a disease of the lungs. Not wanting to contradict her father, the daughter went on to take treatment on the sly and is now a happy mother of two children.

Gout, they said, was the rich man's disease; the wretched of the earth had to contend with tuberculosis. Not any more. The scourge is now becoming an increasingly common phenomenon among the urban middle class—especially young people in the 14-35 age group. And it isn't just the lungs that the bacteria is lodging itself in, it's now nesting in the lymph nodes, glands, spine, brain, abdomen, liver, skin, groin, genitals and the uterus. Though no exact figures are available, doctors treating patients for the disease estimate that as many as one-third of them suffer from extra-pulmonary TB.