A Bit Of This, That And Economics

Too many economists may spoil the policy broth, but they produce a good economic encyclopaedia 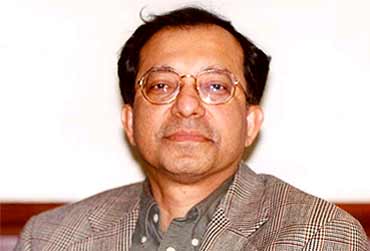 The Oxford Companion To Economics In India
By Ed. By Kaushik Basu
Oxford University Press Pages: 612; Rs: 2,750
I must begin with a confession or two. This 600-page encyclopaedic volume would have had 203 contributors, rather than 202, if I had not reneged on my commitment to send in an entry. This review is, therefore, an atonement for that act of laziness. Confession two: the editor and many contributors are good friends, and two are in fact close relatives!

For both these reasons I tried hard to decline Outlook’s invitation to review this volume. But a persistent books editor wouldn’t let me be. I can understand why. It would be difficult to find a reviewer for this volume: its list of 202 contributors reads like a who’s who of commentators on the Indian economy.

This volume is unique because the editor has succeeded in persuading some very prominent actors on the Indian economic stage to stand aside and write about things they do, people they know, or what is happening. So we have Ratan Tata writing about the House of Tatas and Narayana Murthy writing on software exports. Amartya Sen has penned an entry on democracy and social welfare, while P. Chidambaram has contributed the entry on fiscal policy reforms since 1991. Other "celebrity" contributors include, among others, Montek Ahluwalia, Bimal Jalan and Y.V. Reddy.

These are names any reader of this magazine would be familiar with. But you must be reassured that every one of the 202 contributors to this volume is a highly regarded specialist in his or her field. Basu and his advisory editors must be complimented on their choice of contributors for various topics. Business journalist T.N. Ninan, for example, is an appropriate choice for the entry on Dhirubhai Ambani, just as Parthasarathy Shome was a good choice for the entry on savings and investment.

There are, however, some surprising choices revealing, perhaps, the editor’s bias on the subject rather than knowledge of the available expertise. For example, I would have asked C. Ram Manohar Reddy, editor of the Economic and Political Weekly, to write on the national rural employment guarantee programme rather than on defence expenditure! My choice for the latter would have been Jasjit Singh, who contributes the entry on defence strategy, again a wrong choice. K. Subrahmanyam should have written that.

While the writing is easy on the mind, even for a non-specialist, the more academic contributors have done us the favour of providing a brief reading list on the topic so that those of us who wish to know more can do the additional reading. Generalist writers haven’t bothered to provide a reading list, almost suggesting that their word is the last one on the subject! In the next edition, the editors must also include websites where more can be found on a given subject.

What does this volume tell us about India? The Indian economy has arrived. The range of topics covered and the maturity and depth of analysis will impress anyone unfamiliar with the Indian development story. In the days of the so-called "Hindu rate" of low economic growth, the joke was that countries blessed with good economists, like India, don’t in fact do as well as countries that don’t have internationally known economists to boast of, like South Korea!

The recent acceleration of India’s economic growth, and the impressive performance of some modern sectors like information technology, pharmaceuticals and automobiles, has taken the bite off that joke. Too many economists may spoil the policy broth, but they can certainly produce a good encyclopaedia on the economy!

Even though economists take themselves too seriously, since this is the only social science that has a near Nobel Prize, the fact is that economics is more an art than a science. Psychology plays an important role in economics, in the form of expectations, aspirations and motivations. The fact that India is doing better has generated its own cycle of expectations. That’s why there’s growing interest in how India is doing and why. Therefore, this volume is well-timed. Two decades ago only librarians in a couple of cities would have bought it. Today, this volume will find more buyers, including on Wall Street and Dalal Street! Today’s new generation of business and economic journalists, many of whom may well have been at school when Manmohan Singh was heroically pulling the Indian economy out of its worst known crisis, will benefit from reading the entries on balance of payments, fiscal policy, trade policy and industrial policy. Pity, the editors didn’t think of putting it all under the heading: "1991"! It’s the only important date for the Indian economy, after 1947!