A Billion Bodies, But No Size Fits

The first national NIFT survey will finally chart the Indian body type, if indeed such a thing is found to exist 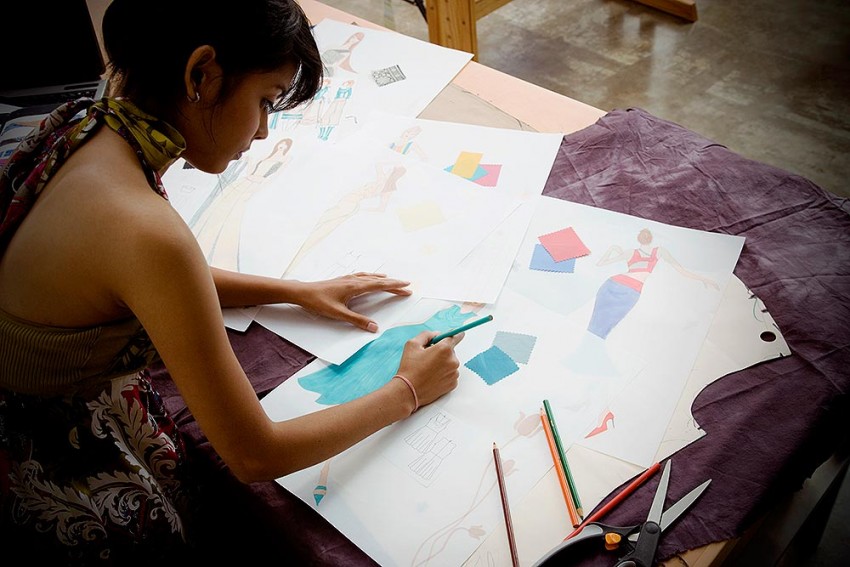 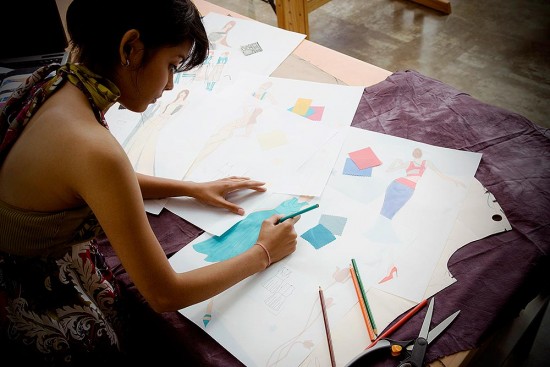 Ever gone out clothes shopping and picked out the perfect fit for your body type in the first go? Or gone and picked out a size 10 UK in a particular store which was a bit too small, even though you usually fit into a size 10 US perfectly? Welcome to the surreal and frustrating world of clothes sizes, one where at least in India, no one can come to a conclusion about what small, medium and large actually stand for.

Take a quick poll about clothes and what people expect, and most will say that what matters, even more than price, is the fit of a garment. And yet there is hardly a woman in India who can conclusively say what her size is. While size small may be a perfect fit in one shop, she’ll probably have to fish out a large in the next. The bust-waist ratio is never ideal and, what is more confounding, most women have not found a store whose jeans are the perfect length. Men too face similar issues. No Indian man has ever been comfortable with his collar buttoned up, and while size 38 fits snugly in one store, the same size will be marked as 40 in another. Sleeve lengths, waist-to-length ratios for trousers, collar sizes—nothing ever seems to fit. A paper authored by Professor Noopur Anand of the National Institute of Fashion Technology (NIFT), titled, “Size does matter—a need for ‘Size India’, a national body size survey in India”, ­rev­eals that this issue stems from the fact that India does not have a standardised sizing chart for clothing. The Indian textile industry at the moment uses ­sizing charts from the United Kingdom or the United States—charts that don’t take into account the different demographics of the Indian subcontinent. Also, the sizes available create confusion in consumers’ minds because of the inconsistencies that exist between brands and sometimes within brands as well.

For instance, someone from Gujarat won’t have the same proportions as someone from Manipur in height, build and other dimensions. Yet they are all subject to size charts that fit a completely different demography—that of a primarily Caucasian population. “This lack of fitting clothes means that more than 70 per cent of Indian consumers today are unhappy with the clothes they buy, ­resulting in returns or wastage of money,” says Anand. A study on the subject ­revealed that 50 per cent of women and 62 per cent of men cannot find a good fit in apparel in India, while others have shown that 50 per cent of catalogue ­returns are because of fit problems. 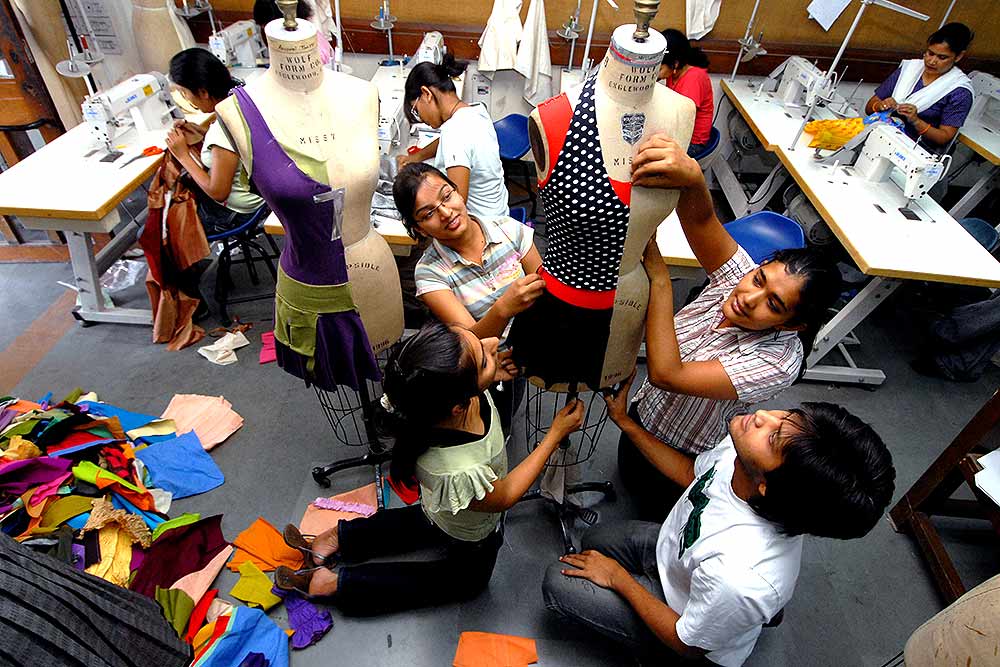 The NIFT has finally found a way to address this. The institute, with the help of the Ministry of Textiles, is ready to undertake the country’s first sizing survey, “Size India”. The survey, which acc­ording to NIFT chairman Saradha Muraleedharan will take around two years to complete, will ­employ various methodologies to collect data on the sizes and body ratios of sample groups from around the country. “The survey has been in the talks since 2006 and has finally materialised after the Ministry of Textiles agreed to fund it,” Muraleedharan says, adding, “The survey will help in looking at an Indian size and reducing the level of variations and ­discomfort by bringing a size chart that is universally applicable for the Indian customer.”

So why has no such survey ever been carried out before? Anand, who along with others from the faculty at NIFT has been pushing for this for a long time, says, “Indian sizing charts are rocky terrain and need technology, anthropometric surveys, human management, funding and large-scale efforts to take measurements of men, women and children across the nation.” While a need for this had long been expressed by designers, manufacturers and researchers alike, the funds required to conduct such a detailed study were never found. Noopur Anand (left) and Vandana Narang are clear that ‘Size India’ will need to be a large-scale effort, surveying ­thousands countrywide.

Professor Vandana Narang, campus director, NIFT Delhi, says the herculean task of data collection would include different ethnic groups in the country and would aim to map the sizes of at least a few thousand people across the eastern, western, northern, southern and central regions, focussing on men and women between the ages of 15 and 65. The measurements will be taken with the help of sophisticated 3D body scanners. “We are currently procuring around three scanners which will take a scan of the bodies of different people and generate an image avatar which will get uploaded in a central database for further studying,” she says. The process takes less than 10 seconds and involves people entering the scanner in a body suit conducive to the machine. Narang says the scanners will be put up in public areas such as malls, shopping complexes and offices, and people will be asked to volunteer to give their measurements. “We are also looking to give gift hampers of some sort to encourage people to volunteer,” she says.

Narang says such data will also address hereditary and regional differences. Most Indian women, for example, are bottom-heavy ­because of the physical work they do, which can involve squatting. The ratio of muscle to fat also differs—Indian men are prone to wider waists and bigger bellies than Westerners.

According to experts, this survey will address needs far bigger than consumer satisfaction. The need for Indian sizes or ergonomically designed clothes for Indians extends to industries such as health, defence and even space exploration. Clothes and accessories designed to maximise productivity by reducing operator fatigue and discomfort are called ‘ergonomically designed’. In this context, the term is used for clothes designed to fit well on Indian body types, enhancing comfort. “A standardised Indian sizing chart will help develop better uniforms for the security forces, fire-fighters and even the automotive and space industry, which use special suits,” says Anand.

The problems that come with the lack of a standardised size chart are most evi­dent in the case of the textile manufacturing industry. Manufacturers have no charts to make relevant sizes in the Indian context at all, and hence consumers do not find sizes that fit them. They are forced to have alterations done, get custom-made clothes or simply make do with the ill-fitting stuff they find. This, says Rahul Mehta, president of the Clothing Manufacturers Association of India (CMAI), leads to many consumers returning clothes and thus manufac­turers’ inventories piling up and leading to losses. “This also reduces consu­­mer consumption and increases wastage for us manufacturers,” says Mehta. Acc­ording to him, the CMAI was one of the first groups to propose the project to NIFT and are glad the study is being ­undertaken. “This would reduce wastage and increase consumption making our businesses more lucrative options for investors as well. Such standardisation would also help in producing a larger ­variety for consumers to choose from, since manufacturers could then use the charts to make different designs in ethnic, casual, maternity wear and western wear to fit Indian buyers better.”

The lack of a standardised chart also troubles designers. To avoid the confusion of which chart to follow, most have taken to devising their own, with the help of the data they’ve collected over the years. Wendell Rodricks, a Goa-based fashion designer, says the availability of a growing number of charts used by different designers causes utter chaos and confusion in the market. “From designer down to the retail buyer, there are too many sizes,” he says. Rodricks tried to circumvent this problem by creating a standardised chart for all designers to use in the Fashion Week two years ago, drawing on more than two decades of experience in measuring Indian women.

While the current survey only looks at collecting data for the 15–65 age group, researchers at NIFT say the next round of surveys will include footwear and children’s clothing. The concept of standardised Indian sizes will address most problems, from the slim-fit shirts and trousers most Indian men are hard-pressed to pull on, to the uncomfortable and ill-fitting dresses that women must squeeze into. As one designer puts it, “The world sees you through what you wear.” Indians can now look forward to being seen in a much better light.