Negotiation and accommodation, that’s our strength 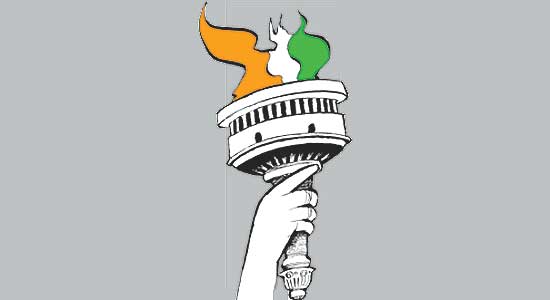 One thing common between India and the US—and not that many countries have that rare kind of commonality—is that there is an idealism infused in the creation of the nation
state. I am amazed at what our constitution-makers have accomplished. The Americans talked about life, liberty and all sorts of happiness when they set up their constitution and we talk about equality, liberty. In some sense, that idealism is really what acts as a check-and-balance against its abuse. That’s the greatness of what has been created.

India’s challenges are not constitutionally induced in that sense. To me, more than the Constitution, the choice of representational democracy, the choice of one person, one vote, are much bigger, more profound things. To give everybody a right to vote is a remarkably bold move in retrospect, because if you look at the history of voting privileges in western societies, it didn’t happen in one day. Here, we tried a big bang approach.

From a constitutional perspective, there’s one thing we could have done differently—empowering and giving legitimacy, power and money to the third level of government—panchayats and municipalities. While the Centre-state relationship got established, the cities and villages became subordinate to this. So they were disenfranchised in some sense. The large reason why our cities became what they are is because they didn’t have power.

Rajiv Gandhi did something about this—after he died, the Narasimha Rao government pushed the 73rd and 74th amendments, which gave a constitutional bearing to cities and villages. But even those powers are only given when the state agrees. In other words, local governments have been the loser. As a result—because we have weak cities and villages—the last mile of people’s contact has been the weak link. After all, governance is judged by what one sees at that level.

One could also argue—what if one had a presidential system, or proportional voting—but these are major structural issues. You had to make certain choices, and in retrospect, those choices have been fine ones. Look at reservation. We have lived in a society that has practised social and economic exclusion for thousands of years. And any society where that has happened—and which now sees itself as a society of equal people—has to do some restitution for that. It was required. In a perfect world, there has to be equal access to education, healthcare, opportunity and infrastructure. You do that so that over time the imperfections are ironed out.

Protection of identity, be it linguistic or religious, is a continuous goal. The reorganisation of our states in the 1950s is a great example of that. The driving identity then was linguistic, which became the basis for deciding what goes where. Now, it has gone beyond that. This whole argument in Andhra is between two groups who have the same language. What that shows is that our definition of identity is not static. The newer states were formed for different reasons. Now we are seeing a new phenomenon—perceived economic inequality. Tomorrow, the basis for identity could be something very different.

Here, English acts as glue because it is a neutral language. English was a compromise to ensure everybody had an equal footing. Later, it became a language of aspiration and opportunity because of globalisation and IT. We even have English groups among Dalits, for example, people like Chandra Bhan Prasad say English is the language of empowerment for Dalits. But I am not saying that there should be English at the expense of everything else. People must continue to have their own cultures and their own languages.

We have a large, young population that aspires to get ahead. But opportunities are not keeping pace with that rise in aspiration. When the aspirations-opportunity mismatch happens, discontent starts. That’s why we have to increase the pace of opportunity to match the pace of increase in aspirations. The fact that we have various tools for negotiation and accommodation is part of India’s strength. See what’s happened in countries where you have different ethnic and linguistic groups and they are not able to negotiate. You’ve had civil wars and unrest. It’s great that we have negotiations all the time. It’s part of the fabric of this extraordinary, diverse country.

(As told to Sunit Arora and Arindam Mukherjee)