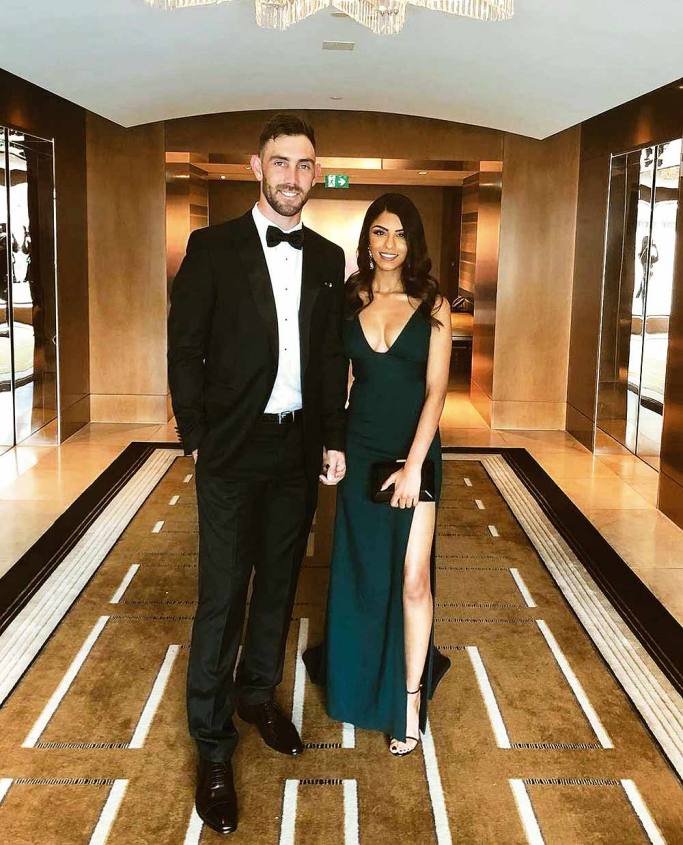 Most cricketers have favourite subjects of torment—an opposiiton against whom they do no wrong, cracking centuries, whipping off fifers and, crucially, getting out of horrible lean patches with one of the former. For Aussie whirlwind bat Glenn Maxwell, that team is India. Imagine our surprise then, when we learnt the preference runs deep—this, below, is Maxwell after he got engaged to his long-time girlfriend. Her name? Vini Raman, a pharmacist based in Melbourne. Let up a bit on those sixes, hey Maxi? 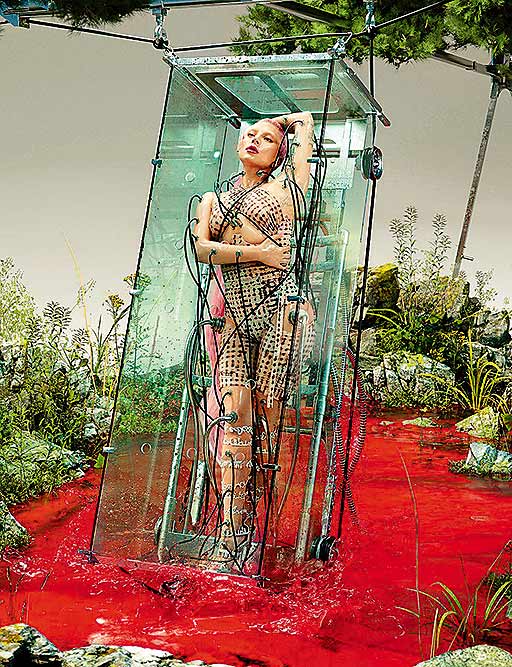 What Lady Gaga has managed to carve for herself is a corner painted with psychedelia but with a serious chance of its being regarded, at some point in the future, as modern art. Outre adornments are delivered with sombre, dreamy-eyed poise; avant garde, roily music videos paired with weighty words. Then, out of nowhere, an Oscar-worthy motion picture performance. For a magazine cover shoot before the release of her album Chromatica, Gaga—isolated as ever in her singular talent—quarantines herself in what looks like a cryosleep chamber for future deep-space travel. Curvaceously wrapped in printed fabric, enc­ased in a glass cubicle, tubes issue from her pallid person and feeds a churning, viscous pool of blood. Chew on this primordially futuristic setting all of you; there’s no need to disinfect. 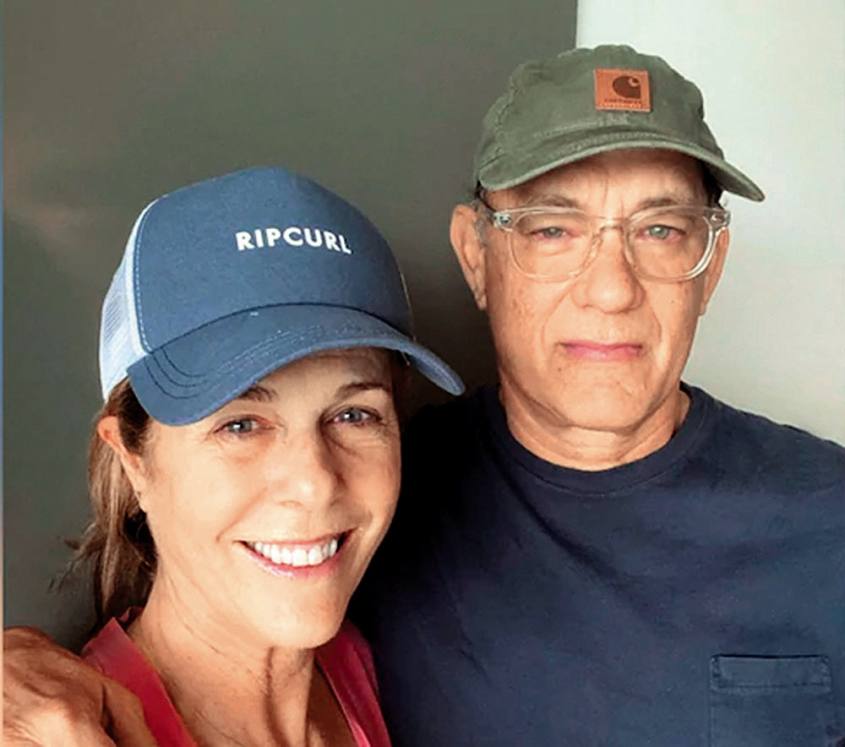 Longtime admirers of one of the most committed actors of our generation and new fans of his fiction, need not worry themselves sick—Tom Hanks and wife Rita Wilson, who announced their being taken ill with coronavirus in Australia, are now out of hospital. What took them to Australia in the first place was pre-production work on an Elvis biopic. Is Australia better sui­ted for the portrayal of the world of early rock n’ roll? We’ll ask Tom when he gets better. 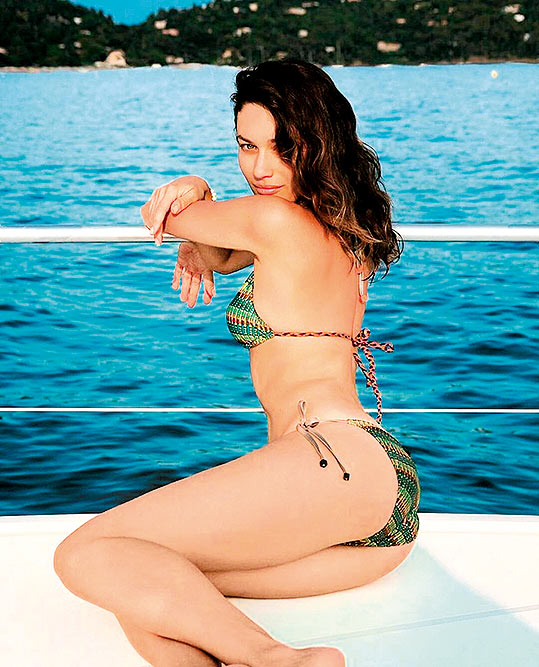 This is how the world would like to remember Olga Kurylenko—lounging on a yacht hugging the shores of Provence, the sun portioning her beaded bikini into two neat halves; waiting, moreover for Mr Bond to make his  clumsily practised move. Not as  she is now— self-quarantined at home, shivering with fever, drooping with fatigue. Take the virus seriously, she says. We do, we do. 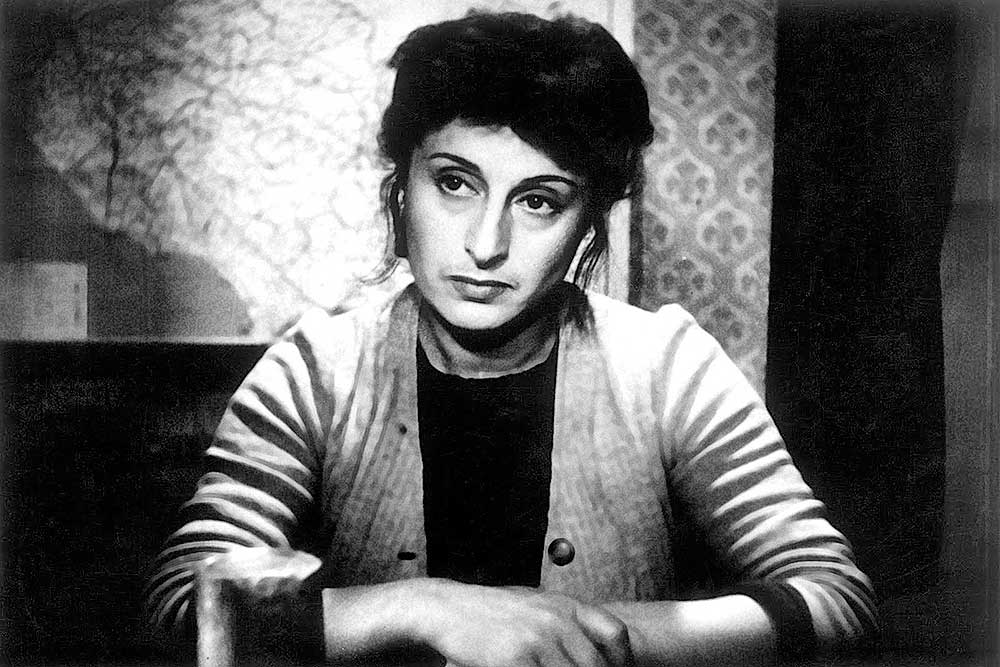 All movies which affect a ‘documentary feel’ owe a debt of influence to Roberto Rossellini’s Rome, Open City (1945). Much of the emotional force of this drama of Italian resistance against Nazi occupation (filming started months after Rome was liberated) is derived from the coiled tensity of Anna Magnani’s (1908-73) performance. The scene where Magnani’s Pina breaks through a SS cordon, rushes after the truck where her husband is bundled in and then is shot down is one of cinema’s authentic portrayals of casual brutality—more powerful for its being startlingly sudden. Born to an Italian mother and Egyptian father, Magnani attended drama school, was an acclaimed stage actress by the ‘30s and acted in many small roles in films (eg, Teresa Venerdi, 1941, by Vittorio De Sica), cast often as a singer, and often hard up. After Open City, she was famous, but pushing forty, and a certain matronliness stopped her from lunging for glamourous Hollywood. Her most prominent post-war Italian film was, with Rossellini again, L’Amore (‘48) where her prowess—emotionally coloured acting in the higher register—was shown to great advantage. Still more acclaimed was The Golden Coach (‘52, Jean Renoir). In two Hollywood films, The Rose Tattoo (‘55, opposite Burt Lancaster, a role written for her by Tennessee Williams, a great admirer) and The Secret of Santa Vittoria (‘69, opp Anth­ony Quinn), she plays tough-as-nails, golden-­hearted women given to haran-guing, but who subjects herself to comic emotional pratfalls. Another top film was opposite Marlon Brando in The Fugitive Kind (‘60). Feted as one of cinema’s top actresses, she rounded off her career in Fellini’s Roma (‘72).