Xiaomi 11i Review: Looking Beyond The Hypercharge Revolution

The Xiaomi 11i HyperCharge is a rebranded version of the Redmi Note 11 Pro Plus that was launched in China a while back.

More from Sahil Bhalla
View All

The ‘i’ in the brand-new smartphone from the house of Xiaomi stands for innovation. Last year it was the Mi 10i that ushered in the 108MP main sensor. This year, with the Xiaomi 11i, the company is introducing the 120W charging phenomenon. They’re calling this the “Hypercharge” - charge your phone in under 20 minutes - revolution.

It’s a fact that the lightning-fast 120W charging is the headline feature that has got everyone talking. Don’t let it slip your mind that Xiaomi also released a slightly cheaper variant with a mere 67W charging in comparison but a bigger battery. That’s the variant I got to test out and review and I’ll tell you why it is the one you should be buying.

Both variants come with MediaTek’s Dimensity 920 processor, 6Gb or 8GB of RAM depending on the variant and MIUI 12.5 (based on Android 11) out of the box. There’s a choice of four colours - Camo Green, Stealth Black, Purple Mist, and Pacific Pearl. The Xiaomi 11i starts at Rs 24,999 and the Xiaomi 11i HyperCharges goes for Rs 26,999.

To quickly sum it up, except for the battery capacities and charging speeds, the smartphones are identical.

The fastest charging smartphone or a longer-lasting variant; that’s the important question

Xiaomi says that the 11i can be charged completely in under 20 minutes (15 minutes with boost charging mode enabled). None of the reviewers got close to the 15 minutes that Xiaomi claimed it would take to fully charge the smartphone with boost charging mode enabled. Nonetheless, they all got close to 20 minutes, which is no doubt impressive and makes it the fastest charging smartphone currently on the market in India.

There’s a pertinent question to be asked here. Would you want the fastest charging smartphone currently on the market or are you willing to settle for slightly lower charging speeds but a longer-lasting smartphone on a day-to-day basis? That’s what I’m here to answer. 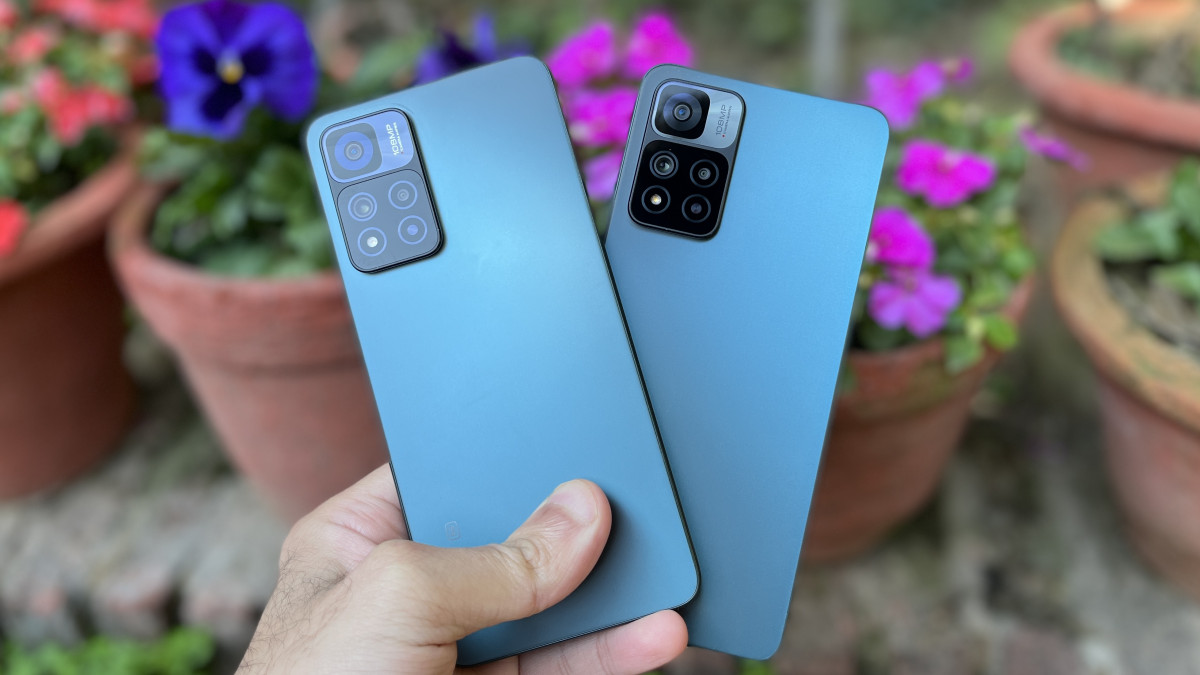 Both smartphones come with a 6.67-inch full HD+ display.

Xiaomi’s 120W solution is the fastest one in the market. If you absolutely care about whether your phone takes 20 minutes or less to fully charge, then the 11i HyperCharge is the variant for you. If the headline feature doesn’t tug at your heart then the vanilla 11i is the model you should get. In fact, outside of the 120W fast-charging capabilities, it’s always going to be the 11i over the 11i HyperCharge.

The first thing you’ll notice with the Xiaomi 11i is that it gets the design absolutely spot on. The phone has more subdued tones that give it a premium look. The edges are flattened out and the in-hand feel is absolutely fantastic. In fact, the punch hole cutout for the selfie camera is especially tiny, and that’s something to greatly appreciate. The 6/67-inch Full HD+ AMOLED display is bright and crisp and along with the 120Hz refresh rate feels as fluid as any on the market. The phone gets bright - 1,200nits of peak brightness - to help for those times you’re stuck outside under direct sunlight.

The second thing that I like most about the Xiaomi 11i is the fact that fans of wired headphones and premium audio (yes, no wireless headphones as of today can match up) have been given a lifeline. The Xiaomi 11i features a number of ports with some bells and whistles. On top of that list is the 3.5mm headphone jack. There may be stereo speakers that provide good, decent audio and can get pretty loud, but the audio quality from wired headphones is unmatched.

The Xiaomi 11i is fine-tuned for gamers. The panel has support for HDR10 and that, along with the 120Hz refresh rate, makes a lot of difference when gaming. Add to that the stereo speakers and you have a winning combination. It isn’t the best phone out there for gamers, as the Mali-G68 GPU isn’t the most powerful out there but it still feels fluid and playing games like Battlegrounds Mobile India is a blast.

All I’d recommend is not to play graphics-intensive games on the Xiaomi 11i because then you’d be seeing some frame drops. For casual games though, it’s quite good.

The 5,160mAh battery in the vanilla Xiaomi 11i is plentiful to last you an entire day of gaming, watching videos, attending to calls and messaging countless times on WhatsApp and Telegram along with reading and writing emails. With Wi-Fi on and the screen off, I managed to charge the phone from 1 to 100 per cent in just under 50 minutes. It took 49 minutes and 23 seconds to be exact.

Xiaomi was kind enough to send along the Hypercharge a few days later so I could test out the 120W charger. With the Wi-Fi on and the screen off, I managed to charge the 11i Hypercharge from one to 100 per cent in 17 minutes flat with ‘Boost charging speed’ enabled from the settings menu Without it enabled, I managed to charge the phone in about 21 minutes or so. That’s mind-blowing to me. But, as I’ve been saying, is it really necessary? Probably not, but it’s still a cool feature to have nonetheless.

Just one additional point to make here. The chargers are quite compact and can be thrown into any bag without taking up much space. Both chargers charge other devices - laptops, tablets, etc - but the 120W charger doesn’t do so at full speeds. Xiaomi is selling the charger separately, but you’re better off getting a GaN charger from the likes of Anker.

Ads. Xiaomi has surely trimmed the bloatware in its latest iteration of MIUI, but there are still some unwanted ads (even if they can be targeted) that are present.

While there are ads across Xiaomi's system apps, one can enter the settings menu and turn them off one-by-one (one can even disable these apps). Even 'Glance' the AI-based software that delivers personalised content to lock screens can be disabled.

Note: When setting up the smartphone for the first time, be sure to turn off 'personalised ads' and 'Glance for Mi' options.

Xiaomi may have promised Android 12 at a later date but it should have been shipping out-of-the-box. Many other manufacturers - Samsung comes first to mind - have gotten a lot better over the years with regards to software updates. Xiaomi is a laggard in this respect and the Xiaomi 11i shows why. The phone ships with MIUI Global 12.5.2, which is sadly based on Android 11.

One more thing is that Xiaomi has only promised two major software updates for the 11i series, as opposed to three in some of their other mid-range smartphones.

The cameras are a mixed bag

It’s been two years since Xiaomi introduced the 108MP sensor and you’d think by now it would have been fine-tuned. Alas, they haven’t. The dynamic range is good but the resulting photos lack much detail. Zoomed in photos can be slightly oversharpened. In some of my photos, the colours seemed washed out. The 108MP module is also lacking in the low-light department.

In good daylight though, photos came out well and were a delight to others whom I showed them. The colours were accurate and there wasn’t any visible noise. If you’re outdoors and lighting isn’t an issue, then click away without needing to try a dozen times to get the perfect photo.

The Xiaomi 11i series: Is it worth a buy at this point in time?

Xiaomi is doing what it always does. Highlighting one feature to push the sales of the smartphone to even greater heights. While that isn’t necessarily a bad thing, it’s time for consumers to look beyond just the headlines across the interwebs.

The 120W lighting-fast charging may be the thing to beat on paper but it isn’t a necessity in the real world. A longer-lasting smartphone that charges in under 50 minutes is a much-preferred combination for most consumers out there. 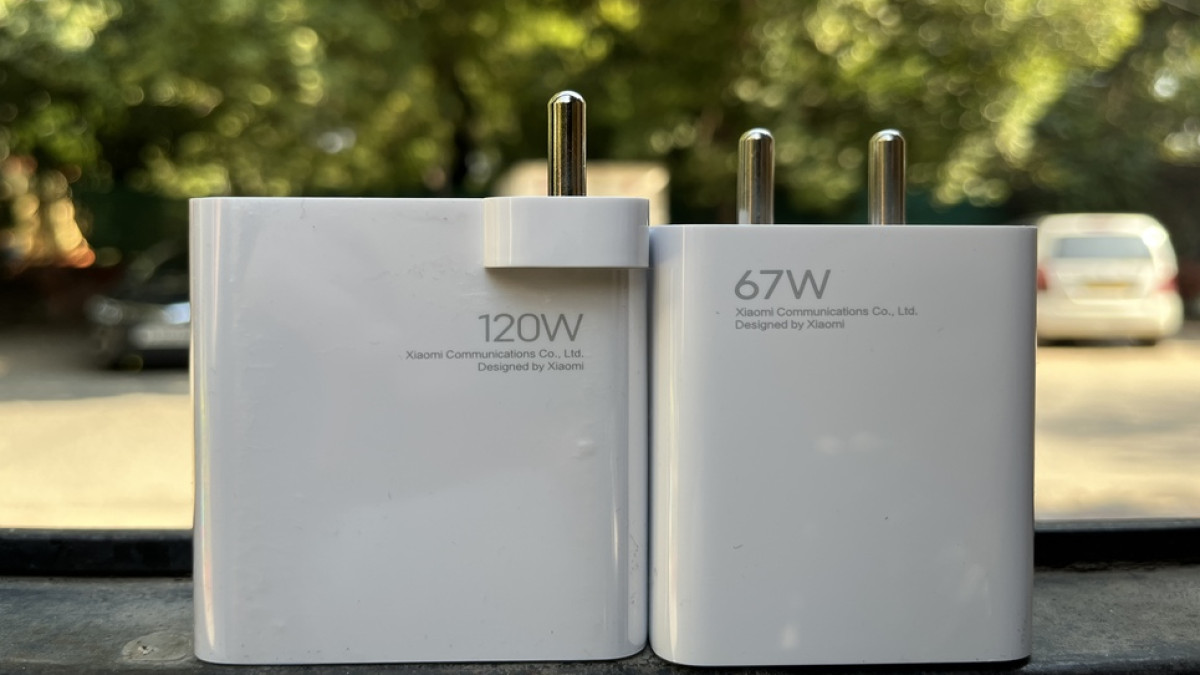 The Xiaomi 11i series has the 120W lighting-fast charging capacity.

Beyond the charging speeds and battery capacities, there’s a lot to like about the 11i series. Xiaomi has worked on the design to give it a more premium feel and that shows. It’s comfortable to hold, a good smartphone to game on and watch endless hours of YouTube (thanks to the crisp AMOLED display and stereo speakers) with good enough performance on a day-to-day basis.

There may be better cameras in the segment, like the Samsung A series, and gaming phones that can handle heavier games, like the POCO F3, but beyond that, the 11i holds up as a phone that comes in and delivers good value-for-money and will not disappoint.

Just remember to save a couple of thousand rupees and get the vanilla Xiaomi 11i rather than springing for the flashier Xiaomi 11i Hypercharge.