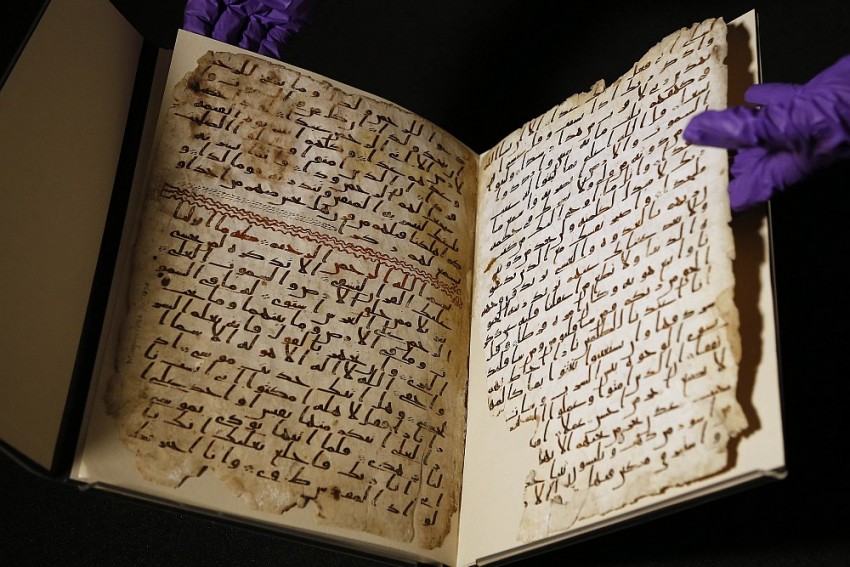 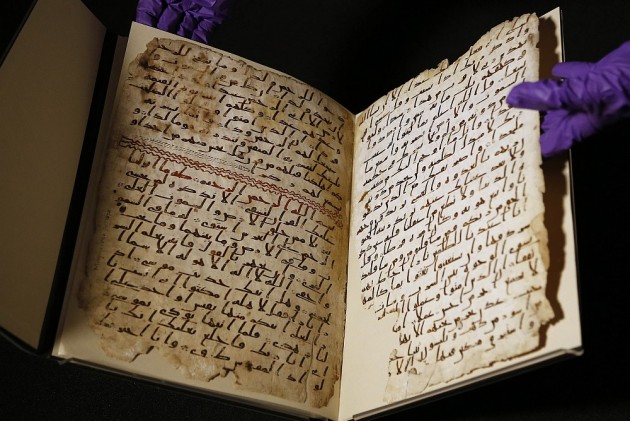 Imagine it's sometime between 610 AD to 632 AD. Imagine a Prophet receiving revelations from God which would form the basis of one of the world's largest religions. Imagine people sitting around him hearing him preach, in the middle of a hot, arid desert, some committing it to memory, others writing it down on anything that they can lay their hands on - parchment, stone, palm leaves and the shoulder blades of camels.

Now imagine a fragment of it turning up 1,370 years later, in a far away land. Birmingham, UK, to be precise.

A PhD researcher, Alba Fedeli, found what is now being considered as one of the oldest fragments of the Holy Quran in the Birmingham university library.

The manuscript had been kept with a collection of other Middle Eastern books and documents, without being identified.

A report in the BBC reads:

The tests, carried out by the Oxford University Radiocarbon Accelerator Unit, showed that the fragments, written on sheep or goat skin, were among the very oldest surviving texts of the Koran.

These tests provide a range of dates, showing that, with a probability of more than 95%, the parchment was from between 568 and 645.

They could well take us back to within a few years of the actual founding of Islam. According to Muslim tradition, the Prophet Muhammad received the revelations that form the Koran, the scripture of Islam, between the years 610 and 632, the year of his death. The person who actually wrote it could well have known the Prophet Muhammad. He would have seen him probably, he would maybe have heard him preach. He may have known him personally - and that really is quite a thought to conjure with.

Dr Muhammad Isa Waley, curator for such manuscripts at the British Library, said:

These two folios, in a beautiful and surprisingly legible Hijazi hand, almost certainly date from the time of the first three caliphs.

The university plans to put the Quran fragments on display in the Barber Institute in Birmingham in October.