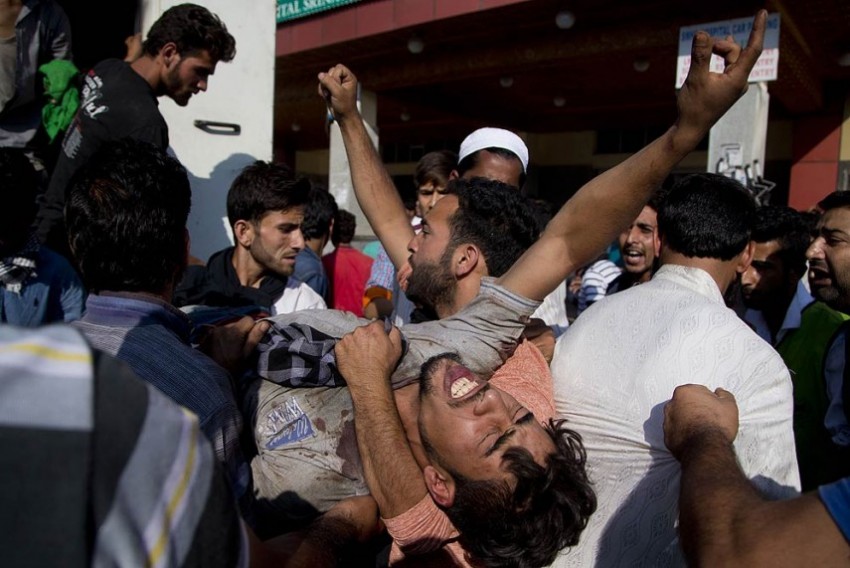 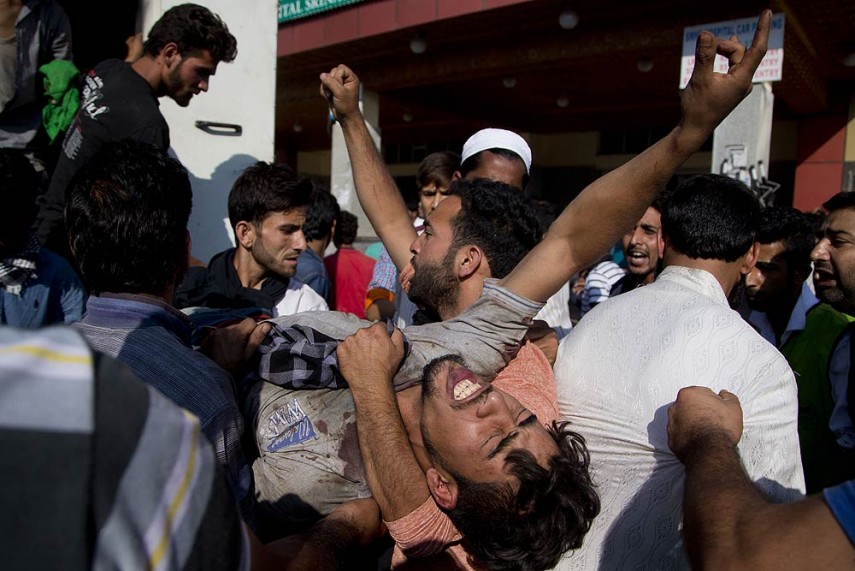 Prime Minister Narendra Modi convened a high-level meeting on Tuesday to review the situation in Kashmir Valley that has been on the boil ever since Friday afternoon when Burhan Wani, a Hizbul Commander and a social media heartthrob, was killed in an encounter with three others.

The PM returned today after a five-day Africa tour. The death toll in Kashmir reached 32 when security forces killed one person in a mob in Kupwara district, police sources said. Once the PM said the Centre will provide all help sought by the state government, Jammu and Kashmir CM Mehbooba Mufti asked people to tell their children to call off the protests that have cut off Srinagar and four districts of south Kashmir.

Most separatist leaders, including Syed Ali Shah Geelani, Mirwaiz Umer Farooq and Mohammad Yasin Malik, are either in custody or house arrest.

International media took note of the protests in Kashmir.

The Atlantic ran a 31-photo story highlighting the injuries of the protesters, mostly due to pellets.

“At least 30 people have died after violence broke out following the death of a separatist leader in the Indian-controlled region of Kashmir. Burhan Wani, 22, was a popular leader for the group Hizbul Mujahideen, which advocates for the Muslim-majority region to secede from India. Authorities placed a curfew and restricted phones and the internet, according to the Wall Street Journal, to prevent the spread of demonstrations. Hundreds have been injured.”

As did Al Jazeera:

“Confrontations and pitched battles between protesters and Indian armed forces have continued in Indian-administered Kashmir, despite a round-the-clock curfew imposed by authorities.”

Taking note of the mode of protests, the BBC ran a story on how smart phones are shaping the insurgency.

“It is all too easy to dismiss the upsurge in violence in Indian-administered Kashmir this weekend as just another cycle in a conflict that has ebbed and flowed ever since the country's independence in 1947.

But that would be to ignore a new factor that is transforming the nature of protest in the region.”

As a consequence of which, the Centre curbed mobile telephony in Srinagar and south Kashmir and restored BSNL mobiles and phones only on Monday. Internet is down as well barring broadband connections.

It ran another story on how Burhan Wani was central to the revival and legitimising the militancy among the youth.

“Burhan Wani's funeral was attended by thousands of people, and despite restrictions, the funeral venue was so crowded there was no space to conduct funeral prayers.”

The Washington Post said Wani’s death has roiled Kashmir. “Burhan Wani was just 22 when he died, but he was already a folk hero to many in Indian-administered Kashmir.”

Across the border in Pakistan, Dawn said the Pakistan government condemned the extra-judicial killing of Wani.

The Chinese Global Times had a Xinhua report:

“Clashes in Indian-controlled Kashmir between protesters and government forces continued for the second straight day Sunday despite curfew, pushing death toll to 21 including a policeman, officials said.”

Violent protests in Kashmir triggered by the death of a popular secessionist leader at the hands of Indian security forces continued into a third day on Monday, and the number of people killed rose to 23.