Missed some of the action? Here is your summary of what went down on Day 12 of the World Cup. 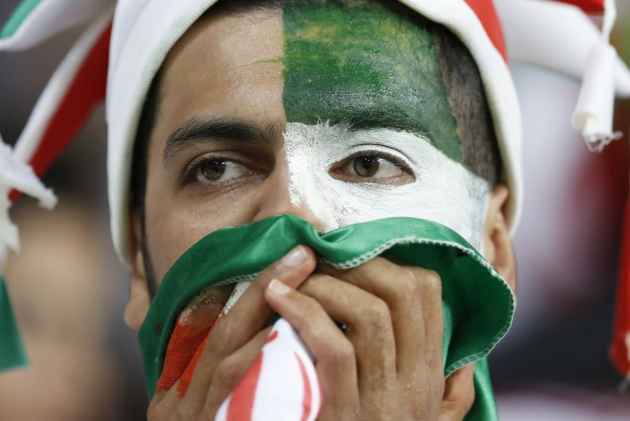 Luis Suarez was an absolute menace as he eyes up some records, while a well coached Iran side nearly beat Portugal. Meanwhile, Saudi Arabia picked up their first points this World Cup and Spain salvaged a point in the dying moments. Missed some of the action? Here is your summary of what went down on Day 12 of the World Cup.

The Barcelona forward led right from the front, scoring a clever free kick in the 10th minute to pile pressure onto Russia early, and thereon being relentless in his first press and off-the-ball running. That free-kick meant Suarez has now become the first Uruguayan to score at three consecutive world cups, while Uruguay are the first side since Argentina in 1998 to win all three of their group games without conceding. The Uruguayan defence also deserves a mention, especially Diego Godin, as the Atletico Madrid centre-back was a leader and never shied away from a battle against the host nation’s attackers. Suarez garnered a lot of bad media because of how he bit Chiellini last World Cup, and as a result was the butt of several twitter jokes and Instagram memes. With this World Cup most likely being his last, though, he seems to be only concentrating on the football this time, and it’s surely paying off. Having led his team to a 3-0 win against a 10-man Russia, the only way for la celeste to go is up.

It is clear that when Iranian coach Carlos Quieroz saw the fixture list, he felt that the game against Spain should be damage control while his Iranian side should be capable of beating Portugal. Things didn’t go to plan, as Spain did manage to beat a resolute Iran last week, while Portugal drew in a game they could have easily lost. Iran played some beautiful football, and although they managed only 27% possession, every time they had the ball they moved it with great efficiency- playing neat one twos and amongst each other and finding their teammates with ease. While Ronaldo had a Penalty saved, VAR gave Iran a penalty which Ansarifard dispatched with power and purpose. They nearly had a winner in the dying minutes, but it just wasn’t meant to be. Had Iran been in any other group, they probably would have gone through by virtue of their ability to play together. While we won’t see them in the knockout stages, we will do well to remember their exploits as they ensured we knew why Iran are the best Asian footballing side by a distance.

Against all odds, Spain were headed to losing against an inspiring Morocco side, and it was all destined to end up in Portugal’s favour until the last few minutes in both games. Lago Aspas scored in added time to make the score 2-2, and ultimately also help Spain go through while topping the group, as they scored 1 more goal than Portugal. It spared their blushes and now they can rest assured that they won’t have the daunting task of facing an in-form Uruguay side. Isco was particularly impressive as he got the first goal, and he will have to be at his best going forward.

Salah’s goal wasn’t enough as Egypt lost to Saudi Arabia 2-1 in a dead rubber match. Meanwhile, Uruguay burst Russia’s balloon by putting three past the host nation, while we saw one of the tightest groups in World Cup history resolved as Spain and Portugal progressed. We can now find joy in knowing our first two Round of 16 fixtures- hosts Russia will look to cause an upset to a strong Spain, while we can lick our lips at the prospect of a heavyweight battle between Uruguay and Portugal. Who will progress, who will fall? Stay tuned to find out.