World Cup Roundup Day 11: James Rodriguez Takes The Spotlight, Football Is Coming Home, Senegal And Japan Cancel Each Other Out

Things seem to be heating up in Group H and it’s hard to say where things will go in the final week of group stage fixtures. 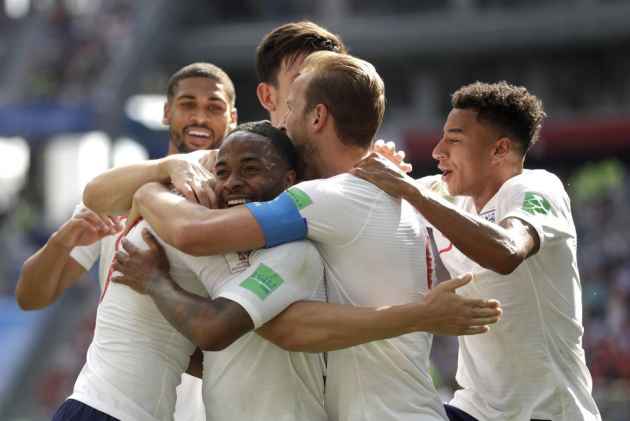 As James Rodriguez led Colombia to a much needed win, Harry Kane struck a hat trick as England demolished Panama. Meanwhile, Senegal and Japan found themselves in a stalemate as both sides try finishing first in their group. Missed the action? Here is your daily definitive roundup of the World Cup-

Rodriguez’s golden boot may have long slipped out of his grasp given the performance of the forwards this World Cup, but it not stopping him from completely dominating games. Colombia battered Poland 3-0 as James Rodriguez controlled the game right from the eye of the storm. He seemed unstoppable at times, as Poland repeatedly tried and failed to get the ball off him. He set up Cuadrado for the second with one of the best passes I’ve seen- a cross field through-ball which put the entire Polish defence out of the game. He drew fouls and dribbled out of defence with an unnerving ease. It is safe to say Rodriguez was unstoppable as Colombia thrashed the east-european side, and although it would be difficult for him to retain that prestigious Golden Boot, he could walk out with the Golden Ball awarded to the overall best performer.

“IT’S COMING HOME LADS!” At least that’s what they’re shouting in every single pub in England right now as they ride off to their week long bender. England are infamous for never living up to their “potential” in international tournaments, and that bad reputation got a boost when they went out early at the hands of Iceland at the Euros in 2016. This sort of an emphatic result is exactly the boost they needed, and people will once again start believing in the Three Lions. Harry Kane scored a hat trick which was anything but eye-catching, but he will be least concerned as he now leads the scoring charts with five goals in two games. John Stones got a surprising brace by virtue of being a menace in the air, while Jesse Lingard scored a beauty. The biggest test, however, lies ahead as they prepare to face Belgium, a team which just put five past Tunisia and are also getting into their groove as the group stages come to a conclusion. England must look to build on their emphatic win against Panama, and Gareth Southgate must assess how they conceded that one goal rather than celebrate their victory. This was a great win for this young and talented English team, but it will not be remembered if they don’t get to the latter stages of the competition.

After surprise wins for both sides in the opening round of fixtures, Senegal and Japan locked horns to fight for the top spot and ended up in a stalemate as the game ended 2-2. This paired with Poland’s loss means Japan stand a strong chance of qualifying for the next round and even topping the group as they face Poland next, who are knocked out and are yet to pick up a point, while Senegal face the daunting task of containing a Colombia side led by in-form Rodriguez. Senegal seemed to have stolen it with 19 minutes left to play, but super-sub Honda found the back of the net as a result of a chaotic scramble in the Senegalese penalty area. This means that Group H is turning out to be the group of death at the end of the second round as only one point separates the top three positions.

England recorded a statement win to showcase their ambitions, while James Rodriguez made his comeback from injury with considerable style. Meanwhile, things seem to be heating up in Group H and it’s hard to say where things will go in the final week of group stage fixtures. Watch this space to find out!