Day 10 of the World Cup was one filled with moments to remember. Here is your definitive roundup 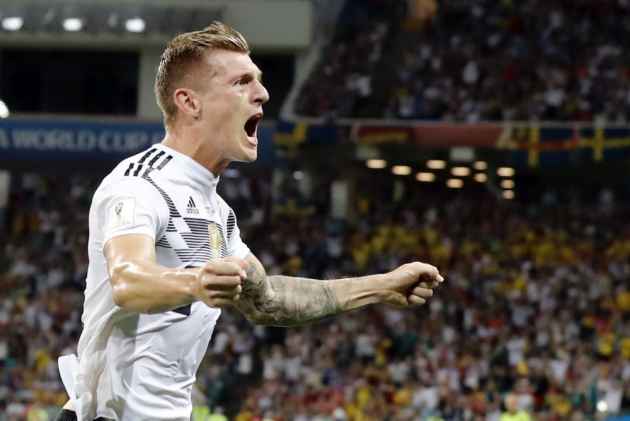 Day 10 of the World Cup was one filled with moments to remember. While Mexico’s strong performance at the World Cup continued, a big Belgian striker grabbed the Golden Boot race by the neck. Lastly, the defending Champions made a comeback win courtesy of a stunning free kick in a game dotted by questionable refereeing. Missed some of the action? Here is your definitive round-up of Day 10 of the World Cup.

What confidence does to a player. Romelu Lukaku is playing in this World Cup like Russia is his backyard, and teams like Panama and Tunisia are his little cousins visiting. The burly striker picked up two goals as the Belgian Red Devils ran rampage in the final third to register a 5-2 win against a Tunisia side which looked helpless after a point. They seemed to be unable to deal with the very different kind of key players Belgium had, Lukaku’s physical presence, Hazard’s dribbling, and De Bruyne’s passing. While Lukaku’s first was a calm finish, the second was a cheeky chip which showed unbelievable composure and presence of mind. He bullied the Tunisian defence and now stands joint top scorer as the Belgians announce their arrival on the international scene.

In an extremely tight game, Mexico emerged winners to stay on track to top the group thanks to a first half penalty and a well scored goal form Javier Hernandez. South Korea, especially Tottenham Hotspur player Heung Min Son, had a number of chances to equalise, but failed to capitalise. Son did end up scoring a wonder goal late in the second half as he found to top left corner from the edge of the box. It wasn’t enough, though, as the game ended 2-1 in Mexico’s favour and the Central-American side sit top of the group with 6 points. Korea’s performance was much improved though, as Son had more shots in the first half against Mexico (6) than the whole team did in the entire game against Sweden. They still stand a slender chance of qualifying should they manage to win against Germany, and they will have no reason to not go for it.

It was hard picking out a key incident from this game. Was it Sweden’s goal against the run of play, or their denied penalty appeals. Was it Reus’s well taken equaliser, or Jerome Boateng’s second yellow card? We settled for Toni Kroos’s curling free kick in the fifth minute of added time to win Germany the game 2-1. After the loss against Mexico in the first round of fixtures, Germany had to win to ensure they retained a chance to qualify to the Round of 16, and they left that till extremely late, but got the win nonetheless. The Die Mannschaft dominated the ball for large parts of the first half, but failed to make the most of their possession. Germans have traditionally counted on their swift counter-attacks to score goals, but lacked pace and guile against the Scandinavian side. The free kick won them 3 points when they could have gone back with none, and this performance should give Germany Coach Joachim Low something to think about.

Mexico sealed their progress to the Round of 16, while Lukaku led Belgium to a thumping win against Tunisia. Meanwhile, South Korea had tough luck in a loss against Mexico while Germany just about pushed over the line. Day 10 was a bit of a stalemate in terms of progress in who could qualify for the next round, but there is one factor which sees to be taking great shape- the race for the Golden Boot. It looked like Ronaldo may run away with it after his hat trick in the first week, but Lukaku has caught up with two braces in as many games, while Diego Costa and Denis Cheryshev are hot on their heels with 3 goals each. It will be interesting to see how James Rodriguez of Colombia defends his crown, who won the accolade in 2014 with 6 goals.