With A Formidable BJP, Is Mamata Worried About Hindu Votes?

If religion was an issue in largely “secular” West Bengal, it was years of allegation against the ruling parties by Opposition that they are engaged in “appeasement” of a particular community. 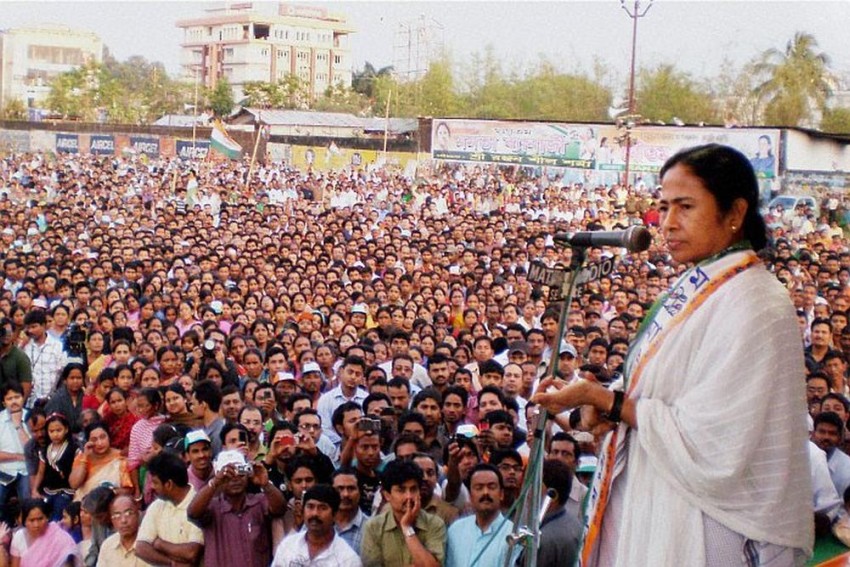 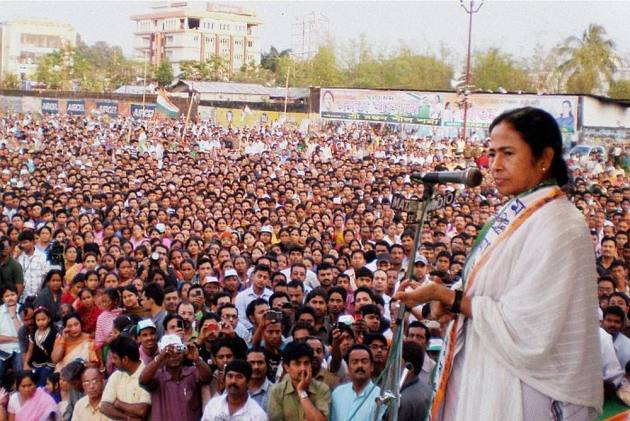 The All India Trinamool Congress party national spokesperson Derek O’Brien alleged last week that his party chief and West Bengal chief minister Mamata Banerjee was prevented from taking part in an international religious conference in the United States. He said, “Vivekananda Vedanta Society of Chicago, on the occasion of 125 years of the historic address by Swami Vivekananda, had invited Mamata Banerjee to attend a programme in Chicago. The Chief Minister of West Bengal confirmed her participation to them. Subsequently, it is learnt, that under ‘tremendous pressure’ the organisers were prevailed upon to cancel the programme."

“It is common knowledge,” he said further, “that the BJP-RSS wanted only one major programme to be held in Chicago and that would be under the banner of the Global Hindu Congress (World Hindu Foundation) and this programme would be attended by Mohan Bhagwat. To ensure this happened, intense pressure was mounted on Vivekananda Vedanta Mission in Chicago to cancel the programme for which Mamata Banerjee had confirmed. Subsequently, the programme was cancelled.”

At the center of the tussle, though customary on almost all issues, between rivals Trinamool and BJP is the issue of religion, in this case, specifically Hinduism.
Political parties try to monopolise on the issues they perceive will swing electorates in their favour. And currently, before the 2019 Parliamentary elections, “Hinduism” is the issue in West Bengal. Indeed, if religion was an issue in largely “secular” West Bengal, it was years of allegation against ruling parties by the Opposition that they are engaged in “appeasement” of a particular community.

“In West Bengal electoral politics the focus had traditionally been to consolidate the Muslim vote,” BJP leader Chandra Kumar Bose tells Outlook. This vote comprises around 30 per cent of the electorate and explains Bose, “since traditionally Muslims vote as a community, political parties target influencing decision-makers within the group in order to gain their support.”

Whether it was the earlier Left Front government’s decision to chase controversial writer Taslima Nasrin out of the state – justifying it as a means to prevent “communal strife” from erupting – or the current government’s announcement that it would provide monthly stipends and other sops to Imams, Opposition parties have generally decried these as “appeasement” tactic to keep the community’s leaders happy.

But clearly the focus has now shifted to gaining the attention of Hindus, particularly after BJP's gains – its vote share has climbed from a mere six per cent in 2011 to over 17 per cent in the 2016 state elections. In a strategy that has seen repeated success – in states like UP – BJP President Amit Shah has been regularly visiting West Bengal and holding meetings in the districts to chalk out election plans. The BJP’s recent victories in Tripura and West Bengal's other neighbouring northeastern states (Manipur, for instance) is also an indication that it is breathing down ruling Trinamool’s neck though Trinamool denies the pressure.

O’Brien had told Outlook, “BJP has only three members in the state Assembly. In every by-poll in the last two years the BJP has flopped. Its claims of rising vote shares does not reflect in the number of seats. Which party comes a distant second or third or fourth is not our concern.”

Indeed, Trinamool sources point out that Mamata has always given equal weightage to paying due attention to all religions irrespective of quid pro quo, whether inaugurating Pujas during Hindu festivities or participating in Iftar celebrations during Id or attending midnight mass on Christmas Eve.

Yet, there is no denying that with the BJP having become a major political force in the state, Hinduism has become an issue which the Trimamool must contend with. And whether Mamata’s compulsions for attending the 125th anniversary of Vivekananda’s Chicago address stemmed from a deeply personal affiliation with the great sage’s spiritual teachings or her eagerness to emphasize that all religions are equal as far as she is concerned – and that she does not play favourites as she is often accused of doing – the fact is she is up against a formidable electoral foe which has become synonymous with Hinduism.

The VVIP Culture In Indian Railways