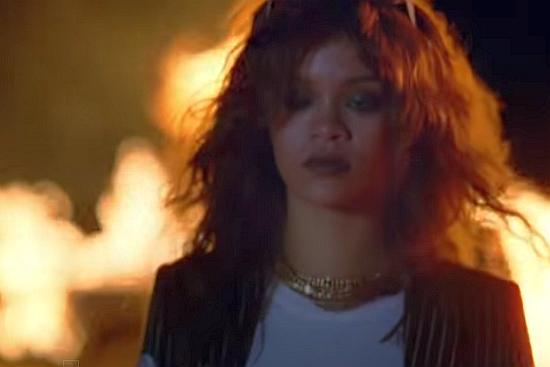 A gang of three kidnaps a woman — the wife of an accountant who has swindled one of the gang members of presumably quite a large amount of money. The gang strips the woman naked to humiliate her, suspends her upside down from the ceiling, forces her to consume alcohol and drugs and keeps her locked in a trunk as they move from one location to another.

This isn't a pretty picture at all. Of course, abduction and torture are crimes but this whole scenario is dripping with misogyny and is a gross violation of a person's right to dignity, not to mention a clear case of misplaced anger.

Now, if I am to say that the kidnappers are women too, should it change our perception of the situation? Will it suddenly make the abduction and humiliation of a person an empowering and liberating thing for the perpetrators, as claimed by some on the internet? Will it justify violence against another person?

Pop-sensation Rihanna's latest video 'Bitch Better Have My Money' where the star and her cronies exact revenge from a corrupt accountant — first by abducting and torturing his wife and then by killing him off — left me feeling slightly disturbed.

Neither misogyny nor violence on screen is new for us. We are, after all, a generation of 'Game of Thrones' viewers. But that should not stop one from calling a spade a spade.

My first problem with the video is the ill-treatment of a woman. She is humiliated and tortured and that too for something which apparently isn't her fault. Why should she face the consequence of something her husband has done? She is an individual accountable for her own actions alone.

Abduction and humiliation of a person is never an act of empowerment or assertion, no matter who does it. Isn't this misogyny exactly what the champions of women empowerment have been railing against?

And this misogyny coming from Rihanna — who has suffered physical abuse at the hands of Chris Brown — is definitely unexpected.

Many on the internet have claimed that the kidnapped wife becomes complicit in the whole scheme to get back at her accountant husband because she is never shown to resist. But that is probably because she is heavily drugged — clear from the fact that she can't even prop herself up in a shallow pool or wave at the Sherriff — and there is only so much you can do from inside a trunk.

Rihanna ends up killing the accountant, presumably with a bunch of horrific looking tools. There is much ambiguity over the wife's fate. The last scene shows Rihanna lying naked in a trunk full of money covered in blood.

A column in the New Statesman reads:

Her revenge fantasy does not pander to violence. Its violence is a cleansing, a reckoning, crafted lovingly by the artist: fierce, resurgent, rich, brilliant and as beautiful as she is.

And this is my second problem.

This video glorifies revenge and violence. All people feel that surge of murderous rage at some point in life, at corrupt systems, at how unfair life can be. But there is nothing glorious about killing or violence, no matter who does it, no matter how skillfully planned or artistically executed.

This world is progressively becoming more and more violent and nothing captures people's imaginations like blood and gore does. Add the idea of revenge to it and people, especially the young, lap it up, because — like the villain in BBC's 'Sherlock' series, Jim Moriarty, puts it — "being on the side of the angels is boring" and we as people are forever striving to be cool.

Whatever happened to forgiveness and mercy?

Unfettered Pursuit Of Money The Dung Of The Devil: Pope Francis