Why Has Pankaja Munde Been Propping Up For The Improper? 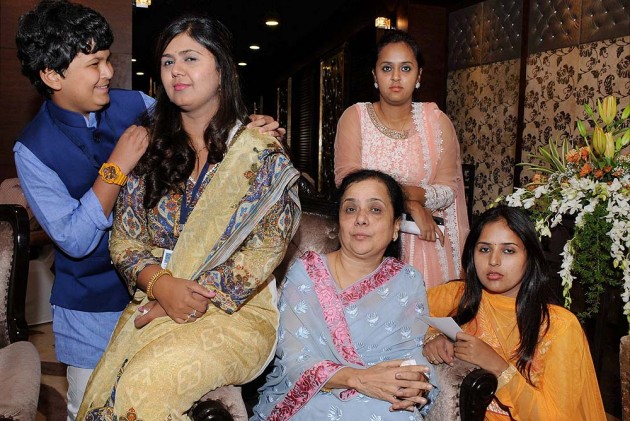 File- PTI Photo
Siddhartha Mishra October 08, 2016 00:00 IST Why Has Pankaja Munde Been Propping Up For The Improper?

There is a clip circulating on the internet and starting to make news which has BJP leader from Maharashtra, Pankaja Munde threatening a priest at the Bhagwangad shrine on the border of Beed and Ahmednagar.

It’s important to note the significance of the outburst by the Minister of Rural Development, Women and Child Welfare in the government of Maharashtra. The Vanjari community, whose backing of the late Gopinath Munde was notable, seems to be losing affinity for his daughter. Pankaja is said to have clashed with the religious head of the community, Namdevshastri, who forbade her from making a speech at the annual Dasra event at Bhagwangad.

It may not be the right time to lose a supporter base when your name has been propping up for the improper, frequently. In June last year, Munde got her first brush with national controversy when her name was mentioned in the Rs 206 crore ‘chikki scam’. Munde is said to have passed 24 resolutions in the same day and hadn’t floated an e-tender for the purchase of chikkis, mats and books, mandatory for a transaction of this worth.

After chikkis, it was biscuits. RTI activists in the state pointed out the irregularities in the production and distribution of biscuits to underprivileged children. Mrs Munde’s department is said to have ordered biscuits for over Rs 95 lakh but bumped up the amount to Rs 5 crore without any increase in the number of beneficiaries.

And completing the food cycle was the NCP’s accusation of her involvement in the Rs 12,000 crore supplementary nutritious food (SNF) scam. Accusations of irregularities in delivery and favouring large companies followed. Earlier this year again there was a report of her being associated with a tainted contractor.

Somewhere in the middle of all of this, Mrs Munde also took out the time to invoke national outrage by posing for a selfie in drought-hit Marathwada. Scams, selfies and audio clips: A Snapchat video the next time please?