Why Deepak Parekh May Not Become India’s US Ambassador 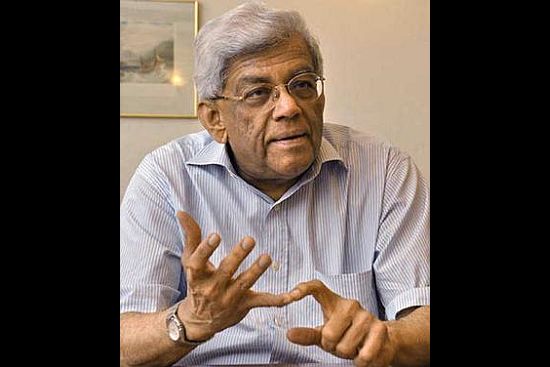 Yet again, one of corporate India's top names – Deepak Parekh, the chairman of housing finance company HDFC – appears to be in the running for a top government job.

In her widely read weekly column in the Indian Express, Coomi Kapoor articulated the "growing speculation" about the successor of Indian Ambassador to the US, S Jaishankar, who is now the country’s Foreign Secretary. It appears that Prime Minister Narendra Modi is keen on a non-political appointment. Kapoor writes:

The name of a leading Gujarati banker-businessman has been shortlisted. He is on the board of several government and private bodies and heads a top finance company.

This is not the first time Parkeh’s name has come up for a top job. In the early days of the Narendra Modi government, there was talk that the HDFC chief was in the running for the country's top finance ministry job. Parekh denied such talk, but did add that "he will always do what the government asks of him".

In recent months, Parekh has indeed been given greater responsibilities. He was appointed as advisor to Sunil Gavaskar in running the IPL. In the meantime, he remains busy being Corporate India's conscience keeper. Parekh’s pronouncements on the economy are taken very seriously. Why, he even recently warned the Narendra Modi government that "time was running out for it".

The problem is that Parekh's forthright views have pitted him against Modi in the past. In an interview a month after the 2002 Gujarat riots with journalist Dev Chatterjee, who was then with the Indian Express, Parekh is scathing. Chatterjee writes:

The chairman of India's leading housing finance firm, HDFC, Deepak Parekh, isn't known for losing his cool. But today he's bitter and angry, not at the economic downturn or a bad budget or falling interest rates which mean bad news for his company. But because of Gujarat and the way the government both at the state and the Centre have handled the violence. 'What is a government elected for? asks Parekh, speaking exclusively to The Indian Express. If they can’t protect innocent lives... then they should go. Which kind of government allows the killing of women and children?"

Today, as the first corporate leader to speak his mind on the carnage in Gujarat, Parekh says the Central government must be blamed equally for letting the situation go out of hand.

With due respect, I think the Home Minister and even the Prime Minister should take their share of blame. It's a national failure, he says. 'Everyone knows Godhra is a volatile city. The carnage had tell-tale signs of external links. The state government should have investigated those involved instead of letting VHP go out of hand. They could have taken help from international investigating agencies instead of killing innocent people,' he says."

Strangely, the interview is no longer available on The Indian Express' website, but can still be found on some archival sites. Parekh goes on to say:

"I belong to Gujarat. I've lived there and it pains me to read in international as well as our papers that Gujaratis are barbaric and indulging in genocide. Riots have damaged India's reputation more in the international forum than what is happening in Pakistan. Do we need to always sabotage our own chances of growth and international goodwill?

Parekh says now it's up to corporate India to step out and pitch in. "Indian corporates must come out in re-building Gujarat. The way we have done after Bhuj earthquake. We can open community centres, build burnt-down houses and educate children who have been orphaned. We at HDFC will certainly do our bit," he says. Among other plans, Parekh prescribes that the non-governmental organisations must be roped in to help minority families re-build their lives. Indians have always been peace-loving people. It’s only due to politics that the nation has been divided. May the doctrine of live and let live prevail," he says."

As somebody who knows Modi well remarked, the PM "never forgets an enemy and never remembers a friend". Similarly, HDFC insiders claim that Parekh never uses a computer–they add proudly that his brain has sufficient capacity and does not need external processing power! (See here)

So, will Narendra Modi forgive and forget this time around?