Why Ajmal Kasab Should Not Have Been Hanged 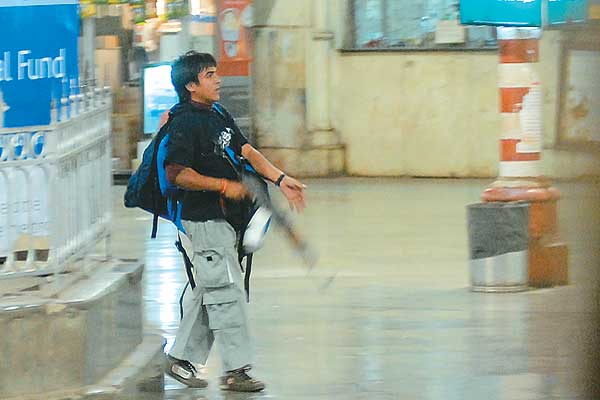 Within a matter of hours, a weak government and a “soft-state” are slapping their thighs in delight, although the implications of the hanging—on Indo-Pakistan relations, on the fallout in the country, on the fate of Sarabjit Singh, not to mention the 26/11 probe, and the elimination of the only corroborative witness in India's custody who helped confirm the involvement of the likes of Jundal etc—are still to be weighed.

As the lynch mobs which routinely bay for blood raise the tempo for quick despatch of Afzal Guru as well, in the very week India refused to be a signatory to a United Nations resolution banning the death penalty, the hanging of Ajmal Kasab, almost as if to satiate the public and political need for revenge and retribution, throws a big question mark over India’s presumed humanism of the land of the Mahatma.

Shivam Vij argues in rediff: Why I am saddened by Kasab's hanging:

I don't understand how his death brings justice to the 26/11 victims, whose real culprits are in Pakistan, and India [ Images ] does not seem to have the diplomatic leverage over Pakistan to bring them to justice. The street celebration over Kasab's hanging only proves that this was not about justice. It was about a feeling of revenge.

Commenting on the due process, Inspector Govilkar, who captured Kasab, told Rediff.com, "Am very happy today. We have proven to the world that we are a legitimate democracy."

My salutations to Inspector Govilkar for his bravery, but his comment is bizarre. I thought we were a legitimate democracy anyway, why do we have to prove it by hanging a terrorist we captured alive?

The vast majority of world opinion abhors meting out death penalty for any crime. This majority includes countries such as Russia, Israel UK and Germany that have been victims of terrorism. But Indian stands with stony hearts like the United States, China, Pakistan and Iran.

India’s plea is that it is its sovereign right to determine its own legal system, that death sentence is carried out India only on the “rarest of occasions” and that too with great deliberation. But India parries the big moral issue, which is that execution by the state (or the community) is nothing but a barbaric practice dating back to primeval times when the thumb rule used to be “eye-for-an-eye”.

For India, it is a particularly agonizing question because Hinduism, Buddhism and Jainism,  three finest flowers of its ancient civilization, all equally forbid such killings. Indians needs to reflect. I wonder if Gandhi would have condoned Kasab’s execution.

In addition, as Advocate Yug Mohit Chaudhry pointed out to Jyoti Punwani in the Mumbai Mirror:

An illiterate boy of 13 sold by his family to the LeT, brainwashed into jihad, transformed into a killing machine and sent as a footsoldier to India are mitigating factors that entitle him to the lesser penalty. Qasab’s crime should be contexualised without minimising it, and then we should ask ourselves why are we clamouring for Qasab’s execution while content with life sentences for Babu Bajrangi and Maya Kodnani who perpetrated the Narodya Patya massacres. They killed more or less the same number of people in an equally gruesome manner. Maya Kodnani held public office, and turned on those she was charged to look after and protect. If she doesn’t deserve the death sentence, why does he?

How else can Qasab be punished, given the enormity of his crime?

Keep him in prison for the rest of his life. Treat him like a human being so that he becomes human again and realises the enormity of his crime. Allow for the possibility of repentance and reformation.

He also dwelt at length on the power of mercy separately:

Mercy and pardon are acts of grace. As such they are unrelated to recompense, merits and just deserts. Giving someone what he deserves or is entitled to is not mercy, it is recompense involving no measure of grace. If the powers of pardon and mercy are to be worthy of the name, they must be able to pardon the unpardonable and show mercy to those who are otherwise undeserving of mercy for having behaved mercilessly themselves.

The jusitification for mercy has its roots not in merit, but in need. We don’t deserve mercy, we need it. I think all of us — the best and the worst — are in need of mercy, and it is only by showing mercy that, morally, we ourselves become entitled to receiving it. Bereft of mercy, our society would be impoverished and inhuman, for mercy is quintessentially a human quality, not found elsewhere in the natural world. In classical thought and in many faiths, mercy is the manifestation of divinity within us, showing that we are made in the image of a god who is the ultimate bestower of mercy. As for deserving, give each man his deserts and who shall escape a whipping? Mercy is not dependent on just deserts. Justice and mercy operate in mutually exclusive realms. It is only when justice demands that punishment be inflicted that mercy comes into play. Mercy tempers justice, makes it less exacting, more humane. Excluding a fellow human being from entitlement to mercy has nothing to recommend it except a very base blood lust that we encourage at our peril. If we have to become a more humane and compassionate society, and leave a better, and less blood-thirsty world behind for our children, we have to curb our instinct for retribution.

Executing Kasab in the name of the Indian people will only feed a base instinct for retribution that will make our society more blood-thirsty, vengeful and violent. It will not contribute to our safety or well-being in any way. On the other hand, keeping Kasab in jail for the rest of his life and treating him like a human being allows for the possibility of him regaining his humanity, repenting his crime and atoning for the harm he has caused. That would indeed be a big victory in our battle against terrorism. It would also show our humanity.

Apart from this, of course, is the pragmatic argument, for example identifying other accused, such as Abu Jundal, or as Aakar Patel argued in a September piece: Kasab Must Live:

he might testify, should a time come, even if this is unlikely, when Zakiur Rahman Lakhvi and Hafiz Saeed are tried in India or somewhere outside Pakistan. Unlikely and impossible are different things, and we must remember that. He is the one strong witness on the Lashkar-e-Taiba that India has, and it is in the interest of attacking terrorism in India and Pakistan that he be kept alive

Also see Outlook archives on the debate over Death Sentence and the specific cases such as those of Afzal Guru, Balwant Singh Rajoana etc that are now the new talking points for the right.

Mamata's Mantras For The Monkey