When Wedding Meant An End To Career For Bollywood Divas

Priyanka Chopra is finally engaged to American actor-singer Nick Jonas. But her producers or admirers need not lose heart. Time has changed. Today’s audiences simply do not bother whether an actress is married or not. 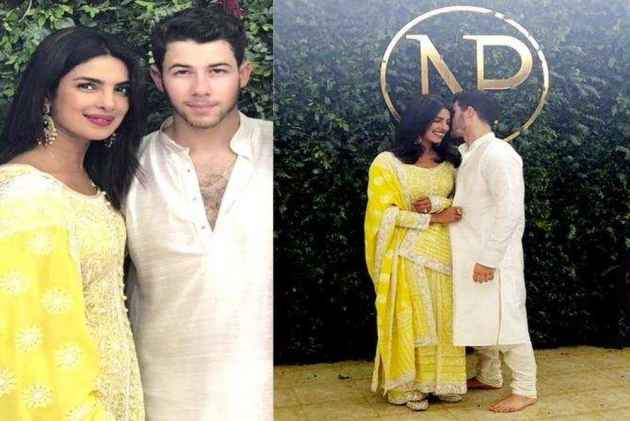 Priyanka Chopra is finally engaged to American actor-singer Nick Jonas. The pictures of her roka ceremony, the pre-wedding rituals, are going viral on the internet. But her producers or admirers need not lose heart. Her changed marital status in the days or months to come will not bring the curtains down on her acting career. Far from it, the 36-year-old, former Miss World is at the pinnacle of her fame right now. She has just signed a big Hollywood movie, Cowboy Ninja Viking opposite Chris Patt.

Back home, she may have opted out of Salman Khan’s next, Bharat, probably because of a clash of dates with her Hollywood project, but she has already started shooting for The Sky is Pink opposite Farhan Akhtar. There is no reason to assume that an actress as ambitious as Priyanka will turn her back on her flourishing career for the wedding bliss anytime soon.

In any case, nuptial vows are no longer considered to be a millstone around an actress’s neck in Bollywood. Of course, marriage has over the years curtailed many a flourishing career. Some of the top actresses of their generation, such as Nargis, chose to concentrate on their families after their plunge into matrimony out of their own volition. Others such as Neetu Singh had to bid goodbye to the industry to live up to the family traditions of their famous in-laws.

It was for long a long-standing refrain in the film industry that an actress would lose her stature, sex appeal and fan-following because of her wedding. The film-makers generally fought shy of signing a married actress, fearing she might get into the family way during the making of their film. This is why many actresses, howsoever talented, slunk into oblivion soon after their marriage. Even the redoubtable Meena Kumari had to keep her marital status under wraps for many years at the prime of her career. Worse still, some of her contemporaries had to spend their lives as spinsters because they could not come out in the open about their relationships in their younger days owing to the pressures and compulsions of a thriving career.

There were, of course, exceptions like Sharmila Tagore who had an excellent outing in the tinsel town even after her marriage to Mansoor Ali Khan Pataudi. But the number of such actresses has been few and far between.

Thankfully, the heroines from the current, millennial generation such as Priyanka have no such compulsions. They know how to straddle the personal and professional worlds with consummate ease. They certainly do not consider marriage to be an impediment of sorts in their career.

As of now, many top actresses of Bollywood do not have the 'single' status. Others are also threatening to join their club soon. Unconfirmed reports of an impending marriage of Deepika Padukone with Ranveer Singh, or, for that matter, that of Alia Bhatt with Ranbir Kapoor keep coming in every day, but none of their producers appears to be startled – probably because they have all come to realise that weddings do not affect anybody’s career adversely these days.

Today’s audiences simply do not bother whether an actress is married or not. Take, for instance, Kareena Kapoor, who is married to Saif Ali Khan for many years. She remains a top heroine despite taking a long sabbatical from the industry because of pregnancy. On her return to the screen earlier this year, she delivered a hit, Veere Di Wedding. Her mother Babita, of course, had no such opportunity after Kal Aaj Aur Kal (1971) following her marriage to Randhir Kapoor, the actor-director of that film.

Kareena’s co-star in Veere Di Wedding Sonam Kapoor also tied the knot earlier this year but she remains a much sought-after actress. Similar is the case of Anushka Sharma who has no dearth of offers either despite her grandiose destination wedding with Team India captain Virat Kohli at a picturesque Italian resort some time ago. The list of married actresses including Aishwarya Rai, Kajol, Vidya Balan, Radhika Apte, Chitrangada Singh, Sunny Leone, who are all doing lead roles, is quite long.

It is, of course, all in sync with the changing times. Today’s actresses are modern in their outlook and do not consider marriage to be an unnecessary baggage. As any quintessential working woman of our times, they juggle their twin lives with utmost ease. They have learnt to distinguish between the real and the reel and managed to get the best of both worlds. That’s why Priyanka’s engagement will not drive any friendly film-maker to her doorstep to tell her to keep her wedding plans in abeyance as long as possible for the sake of her career.