When Micro Irrigation Becomes Urine-Fed Under The Currents Of Translation

There is many a slip between national leaders' Hindi speeches and their Tamil rewordings. The BJP’s H. Raja has, unexpectedly, become the latest instance in the Dravidian land. 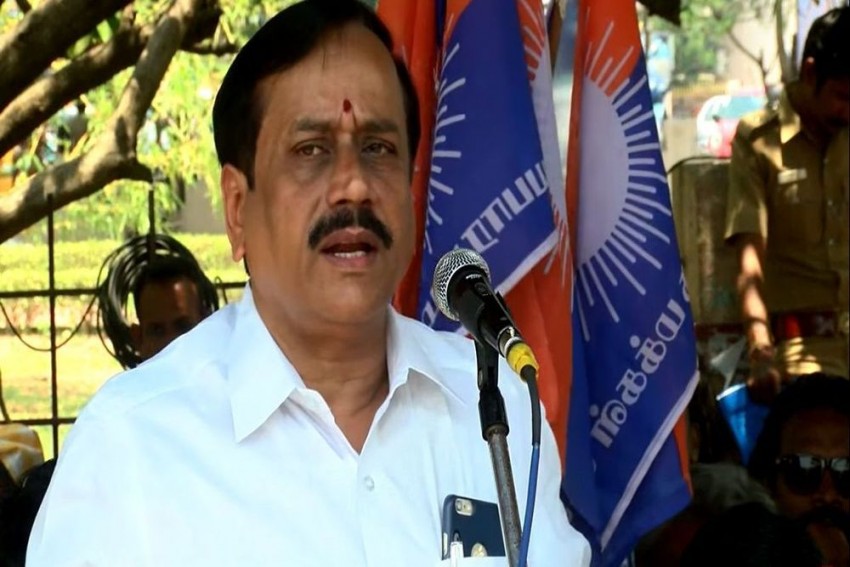 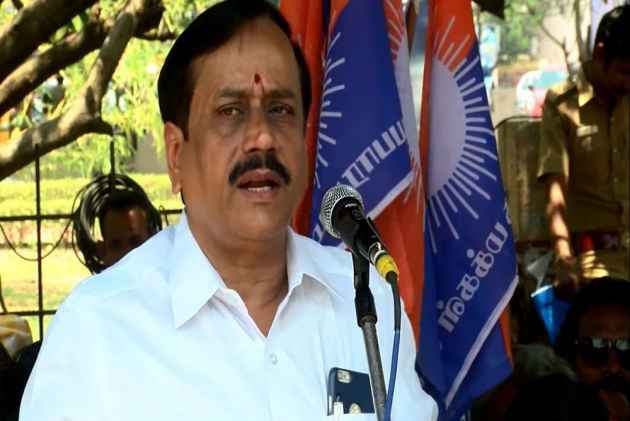 Just getting the word wrong wasn’t the sole issue. Siruneer in Tamil stands for urine, and poor Raja was immediately riled with jokes, including one on why the paddy sown in Tamil Nadu had a salty taste to it. Yet, the matter would have been laid to rest the next day had Raja’s supporters had let his slip pass. Instead, they zealously tried to justify their leader’s translation, thus keeping the troll factory active for a few more days.

One can understand the predicament of the likes of Raja when they have to be careful about translating the speeches of their national leaders from Hindi to Tamil. For example, Raja’s slip over “siruneer” was latched on to by state fisheries minister D. Jayakumar to dismiss Shah’s description of Tamil Nadu being one of the most corrupt states, as an example of poor translation. “It is not what Amit Shah had meant. Those words belonged to Raja,” said the Minister when the truth is the BJP president had indeed lambasted the corruption under the present regime. And as if on cue, the income tax department raided a food supplier and road contractor closely associated with the ruling clique, ferreting out tax evasion running to hundreds of crores of rupees.

Coming to translations, Raja is considered a veteran among the BJP’s Hindi-to-Tamil translators who share stage space with senior leaders such as L.K. Advani, Narendra Modi and Shah. Raja is often the first choice when national leaders address public meetings, considering his grasp of Hindi and his fluency in Tamil. But of late, he has not been at his sharpest. While translating the leader’s speech one can embellish it with a twist of phrase or a tongue-in-cheek joke in the local language. But here was Raja swallowing up whole sentences of Shah and forgetting to translate many of them into Tamil. For example, Shah’s assertion that when the BJP formed a government in Tamil Nadu (not a joke, he actually said that), it was supported by the promise: “We shall take a solemn oath to give a clean government.” Raja’s translation simply missed the oath part of it.

Barring Advani, who normally spoke to Tamil audiences in English, other BJP leaders like Modi and Rajnath Singh have usually stuck to Hindi. So the onus was entirely upon the skill of the interpreter to convey the thrust of their speeches in Tamil to the local crowds. Raja has been the king of translators for the BJP whether its leaders spoke in Hindi or English. Now the party may have to look for a substitute.

At least Raja did not suffer the ignominy of Tamil Nadu Congress leader K.V. Thangkabalu who, as president of the party’s state unit, once took the mike to translate a speech by top boss Sonia Gandhi. Thangkabalu did have a written copy of Sonia’s speech, but he chose to grasp her spoken words and attempted to translate them. He had such a tough time deciphering Soniai’s Italian-accented English that he kept making one mistake after another. When Sonia explained how the Congress had always sprung to the help of the Sri Lankan Tamils, Thangkabalu’s Tamil version conveyed a different meaning, earning him boos from the crowd. Sonia halted her speech, found out what had happened, silenced the state chief and quickly summoned a new interpreter, who did a better job. While senior leader P. Chidambaram remains the best bet for the party while translating English speeches to Tamil, the Congress is yet to test its Hindi-to-Tamil translators. (Both Sonia and Rahul are more comfortable speaking in English.)

Even local reporters, rather than relying upon the skills of the official translator, often turn to a handful of Hindi-knowing journalists to catch the correct usage. “Raja can afford to make mistakes, but we cannot make mistakes in our copy,” said a seasoned Tamil reporter. To be sure, most of them record the speeches to cross-check facts back in the office.

While national leaders have to be at the mercy of their interpreters, the audience here has to suffer the Tamil forced on them by the north Indian leaders while trying to make a connect by speaking a few opening lines in Tamil. In fact, their attempts to woo the audience through Tamil sentences either falls flat or at worst invites a few giggles as the output is most often skewed and unintelligible. The best joke is, it is again left to the interpreter to translate these “Tamil” lines into actual Tamil that can make sense to the perplexed crowd. In comparison, Bollywood star Shah Rukh Khan’s Tamil dialogues in Chennai Express sound less funny.

The Familiar Global Eeriness of The Job