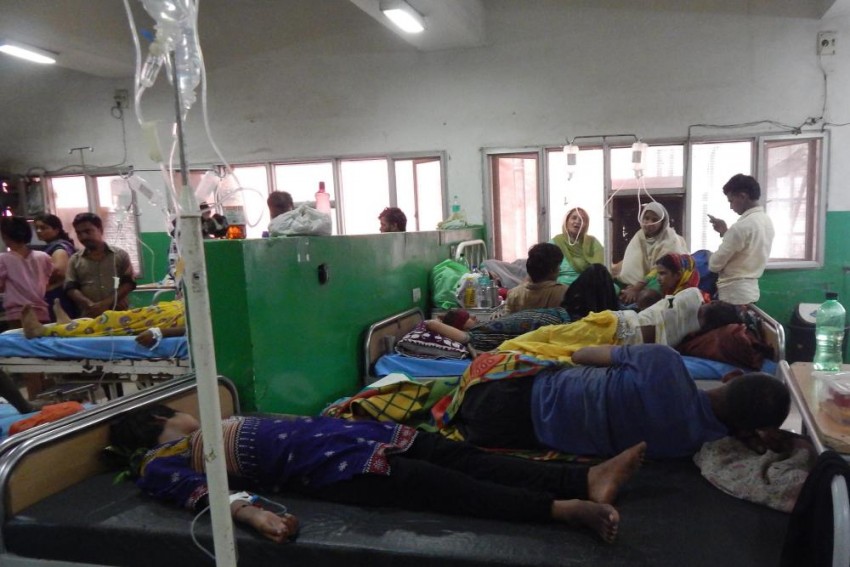 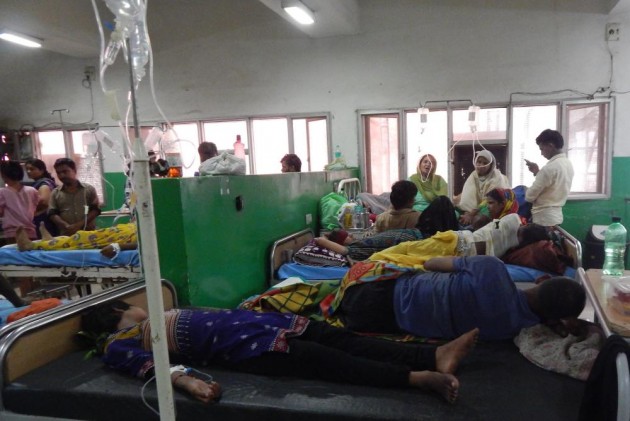 In what seemed like a repetition of 2015, Delhi started being swamped with cases of dengue with the onset of the monsoon. However, this year,  what became a bigger concern was the outbreak of Chikungunya. With over a 1,000 reported cases of Chikungunya in the city, things swerved out of control as the vector-borne disease started claiming lives - 10 so far.

While it is common knowledge that Chikungunya is caused by the Aedes mosquito and nobody in their right mind would blame anything but the mosquito for it, this does come across as a major failure of the Delhi government and MCD. What should have and could have been handled collectively by the AAP and BJP, clearly turned out to be a field day on Twitter instead as the parties spent more time passing the buck than doing anything substantial. Chikungunya cases have gone up to 1,065 from 64 in 2015 in the national capital. The CM invited criticism by instructing those affected to ‘go to the LG and the PM’.

His health minister, Satyendra Jain, followed it up by claiming chikungunya can never claim lives and asked for medical proof as to how people died of the disease.

There has never been any death due to #Chikungunya in the world. Please don't spread panic, says Delhi Health Minister Satyendra Jain

Jain also went on to mention how media hype around chikungunya was to be blamed for the deaths.

Hon'ble Health Min of Delhi says three #Chikungunya deaths were due to 'media hype'. Had media not done stories, all three would have lived

While such political mud-slinging is not something India is new to, one could never expect a health epidemic to be at the centre of it. Cases of Chikungunya in the capital this year have been higher than usual despite ample warning.

The absence of preventive measures, such as fogging and making sure no water is allowed to stagnate, has resulted in half the city ending up in hospital beds.  The AAP and its ministers, when slammed for being away on trips to Bangalore and Punjab while Delhi reels under chikungunya, were quick to defend themselves.

The facts that hospitals were lacking in beds and medication clearly did not figure in anyone’s blame game agenda. The whole situation only went on to expose, all over again, what laxity on behalf of the administration and governing authorities, be it the municipal corporation or the state government, can do to a city.

Perhaps the situation could have been better if those elected to public offices could show some sense of responsibility in health crises such as the present one, instead of engaging in political blame game while people die.

People dying in Delhi but CM @ArvindKejriwal vacationing in Bangalore!
His ministers too holidaying at exotic locations outside of Delhi!

Proud of @ArvindKejriwal. It took 7 whole months for him n his band of lunatics for this specific u-turn..Long time pic.twitter.com/0ruqe2qhMv

@rahulkanwal @ArvindKejriwal 1st he ran away in 47 days complaining. Now he is running away from his responsibility citing LG

#Chikungunya is work of BJP-RSS mosquitoes imported from Gujarat & Maharashtra. @ArvindKejriwal and Delhi govt. has no money to buy pencil.

AAP seems to have decided that running Delhi is not their responsibility. Let LG run the capital. They will focus on winning other states.

Dengue and #Chikungunya have reached an alarming point in Delhi. Thousands affected and some dying while AAP govt sprays blame

If #Chikungunya were a file approved by AAP, LG would surely have stopped it.