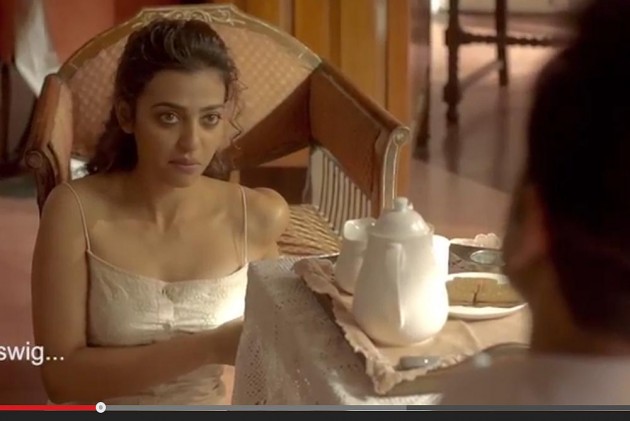 According to Hindu mythology, Ahalya, created by Lord Brahma as the most beautiful woman was the wife of Gautama Maharishi who was much older than her. Enamoured by her beauty, Lord Indra decided to seduce her and disguised himself as her husband. Some sources believe that she saw through the disguise but accepted his advances while others claim Indra raped her. Either way, she was cursed by her husband for her infidelity and according to certain traditions turned to stone. Eventually, she was liberated by Lord Ram.

With stunning performances by veteran thespian Soumitra Chatterjee, Radhika Apte and Tota Roy Chowdhury, this film goes to show how one doesn't really need three hours to get the audience at the edge of their seat.

Since this is a thriller, it would be cruel on our part to tell you the whole story. Watch it for yourself and be very very afraid if something falls off the shelf.