Watch: Boy Being Pummelled By Classmates 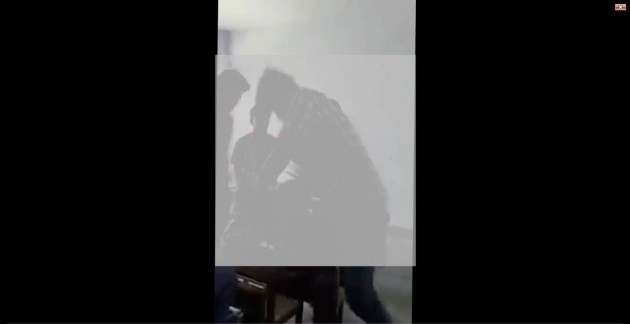 In a video of a bullying going viral on Whatsapp, a schoolboy of about fourteen is being beaten up by what looks like a gang of his own classmates.

The video begins in a classroom setting with the boy hunching over on a bench. Suddenly, another one comes over, raining elbows to the back of his head. He is then escorted to the back of the room where the boys can be heard threatening the victim in unintelligible Hindi. They then threaten him some more, and throw in some kicks and elbows for good measure too. By the end, you’re almost shocked to see him walk out the door despite probably being concussed from all the head-banging of the forced kind and quite a number of blows to the solar plexus.

It looked all planned, like a school-mafia-justice club event just got over. On every level, a classic case of bullying, with the perpetrators being bold enough to film the entire thing out using a mobile phone.

Here is the video: