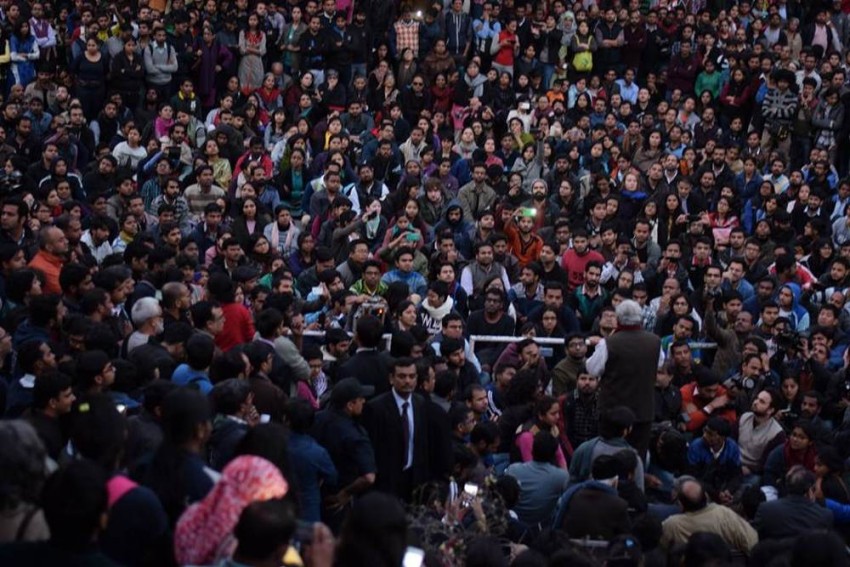 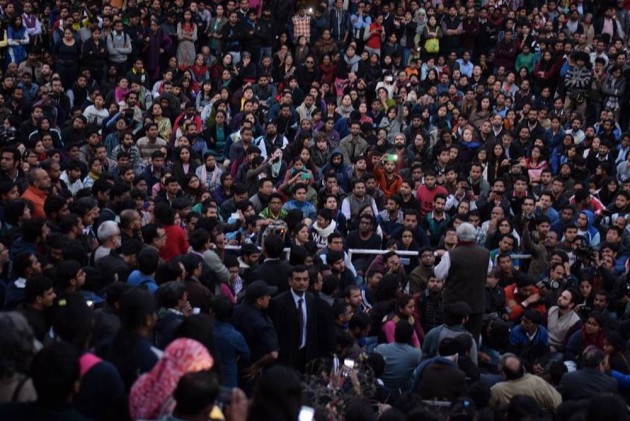 As protests —in an exceptional display of unity among student political parties of various ideologies (barring the ABVP), apolitical students and the teaching staff —rage in the prestigious Jawaharlal Nehru University over the arrest of Kanahiya Kumar, president of the Students' Union on charges of sedition, various voices in the media have taken up the cause of the students, upholding the right to dissent in a democracy.

Following is a compilation of the loudest voices standing up against government misuse of the draconian law against sedition:

Indeed, if the definition of nationalism is narrow and pinched-up, if it does not brook serious criticism, if it is aligned with tyranny, if it trades on an anti-intellectual ignorance, and its purpose is to unleash a frenzy of destructive passion, then being anti-national might even be an obligation. Make no mistake: the purpose of such a use of state power is to put all defenders of liberty, all radical critics of the state, on the defensive. Its purpose is to make traitors of all of us....

Nothing that the students did poses nearly as much threat to India, as the subversion of freedom and judgement this government represents. The honourable ministers should realise that if this is a debate about nationalism, it is they, rather than JNU, who should be in the dock. They have threatened democracy; that is the most anti-national of all acts.

The BJP's response to radical student activism, whether it is Rohith Vemula in Hyderabad or Kanhaiya Kumar in JNU, is uncannily like the fearful, vengeful reaction of Krishna's wicked uncle. The Krishna story shows us two ways of dealing with unbiddable youth: the love and nurture supplied by his foster mother on the one hand and the fearsome, but ultimately futile, use of power by his uncle on the other.

In our story, Kanhaiya's mother, Meena Devi, who worked her fingers to the bone to give her son an education that she and her husband didn't have, is obviously Yashoda. The question we should all ask is why are so many in the BJP auditioning for the role of Kansa?

Shuddhabrata Sengupta writes in the Kafila:

Naturally, calls for violence by self-certified Indian nationalists in the present circumstances can never be thought of by television anchors and the powers that be as disruptive of peace. This is the way the national fabric is maintained by its current custodians. 'Make in India' happens by breaking Indians, especially those who are young and vulnerable. But the young are resilient. They have stamina. They have love and laughter on their side. And it is better to rely on love and laughter than it is to depend even on the fickle attentions of princes and patriots, however charming they may be.

Mani Shankar Aiyar in an opinion piece in NDTV writes:

In Indian history, the sedition laws had the opposite of the intended effect. Far from smothering anti-Empire sentiment, the Rowlatt Act and the happenings that flowed from it, particularly Jallianwalla Bagh, ended the illusion of a benevolent Imperial order and constituted, in many decisive ways, the turning point when the demand for a greater measure of association of Indians with the governance of the country was transformed into the demand for Swaraj. Gandhiji relinquished his Kaiser-e-Hind medal. Motilal Nehru virtually abandoned his enormously lucrative law practice to come to the legal aid of the hapless victims of martial law who faced imprisonment or even the gallows for alleged acts of "sedition". Returning his knighthood, Rabindranath Tagore, in a scathing hand-written letter to the Viceroy declared, "The very least I can do for my country is to take all the consequences upon myself in giving voice to the protest of the millions of my countrymen, surprised into a dumb anguish of terror. The time has come when badges of honour make our shame glaring".

If Modi thinks he can drive the JNU students into a "dumb anguish of terror", he is wholly mistaken. He has only generated a massive resolve among students and youth everywhere in the country to resist a government that so blatantly abuses the law.

Of the protests, Nivedita Menon writes in the Hindu:

Many of these protests have been against Hindutva-wadi politics — attempts to control the food and dietary habits of large numbers of communities, moral policing of young people, and communal violence set coldly and calculatedly in motion by what Paul Brass has called ‘institutionalised systems of riot production’. These protests have been militant but utterly non-violent, and they have been relentless. These are not elite young people, as they are often portrayed in the media. Thanks to the continued expansion of education, reservation policies, and in universities like JNU, affirmative action through deprivation points, the class, caste and gender profile of these young people is remarkably heterogeneous.

In a bold piece published in Scroll, Harsh Mander says that is Kanhaiya Kumar is charged with sedition, he too should be tried for the same crime. He writes:

It is in universities that students the world over have fought colonialism, unjust wars, tyranny, hate and unequal social orders. Governments and indeed majority opinion may be pitted powerfully against their views, but a democracy requires the stout defence of their right to profess and debate these ideas, even by those who are opposed to these ideas. Universities in a democracy cannot be allowed to become places where the institution’s leadership allows police to walk in and arrest students at will, and where dissent by students or indeed teachers is demonised and criminalised.