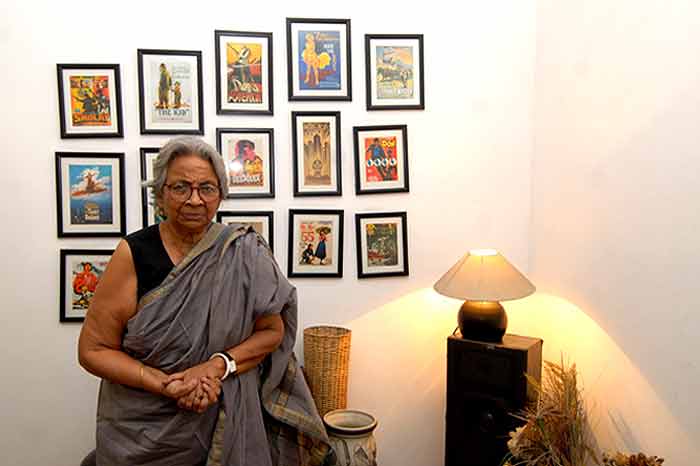 86-year old Mazumdar was suffering from a tumour in her lungs, her family said. She is survived by three daughters and a son.

A strong votary of increased women's representation in Parliament and legislature, Mazumdar was the secretary of the Committee on the Status of Women in India that brought out the first report on the condition of women in the country, 'Towards Equality', in 1974.

The report became a turning point both for women's studies and the women's movement in India.

But, as Sheela Reddy wrote in her 2010 profile:

From being a fierce opponent of women’s reservation in politics—her doctoral thesis was on this very subject—she, along with her colleague in the committee, Lotika Sarkar, declared that reservations were the only way to enable women to get the equality they had been guaranteed. The report was so damning that Vina’s friends in the government feared it would be consigned to the National Archives without ever seeing the light of day. But with some clever strategising, it was tabled in Parliament before Indira Gandhi’s government got scent of its subversive content. It was widely read, and according to some activists, “had the same galvanising effect on the women’s movement in India as Betty Friedan’s Feminine Mystique had in the West”.

As Akshaya Mukul wrote, also in 2010, in Time Crest: Vina Mazumdar, the fighter:

Though close to the Left - Prakash and Brinda Karat got married in her house during the Emergency, and Sitaram Yechury is married to her daughter - Mazumdar never joined any political party. "My father told me an academician should not be affiliated to any party."...

She hated being called a feminist. And yet there was no escaping the f-word.

As she told Mukul:

"I have feminist friends, all educated, who have very little contact with poor women. Thanks to Phulrenu, Lotika and I learnt to see the state from the perspective of dispossessed women. This pushed us into doing action-oriented research in places like Bankura and Medinipur, which is still on. But in these two places, the relationship was reversed. We went to teach them about their rights in the Constitution and ended up being their students. We learnt about farming, migration for work and their daily struggles. My whole perspective got turned upside down. It taught me humility. The poor and the weakest fight harder for survival, so they deserve more."

In a review-essay on her memoir, Memories of a Rolling Stone, Pamela Philipose wrote of how Mazumdar saw

the women's movement and the women's studies movement as "twin movements", each influencing and furthering the other. The logical outcome of this process was the setting up of the Centre for Women's Development Studies (CWDS) in May 1980, with Mazumdar as its founder-director. It was at this point that her concerned elder sister, observing Mazumdar's penchant for embracing ever new challenges despite the fact that her daughters still needed her attention, termed her a "rolling stone" - the title of the book.

*Although her official identity is that of a social scientist, Vinadi claims that very few know her as one. She is better known as a ‘woman activist’, ‘a feminist’, ‘a trouble maker’ and a ‘gender specialist’. Of all the epithets attached to her , the ones she prefers most are ‘recorder and chronicler of the Indian women’s movement’ and ‘grandmother of women’s studies in South Asia’.