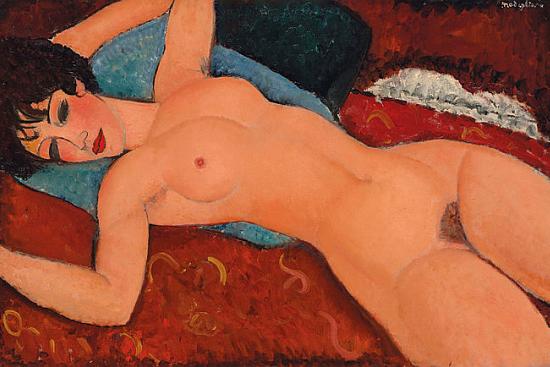 Recently, after one of Amedeo Modigliani's paintings was sold for a whoping $170.4 million at an auction, many television channels could not bring themselves to show the painting, “Nu Couché”, which is of a reclining nude woman calling it "too racy".

This led CBS's Stephen Colbert to discuss one of the most pertinent questions for censors on the 'Late Show' -- where does one draw the line between art and pornography? And how much exactly is too much?