The video of the controversial and wacko remarks by former RSS chief KS Sudarshan against Congress President Sonia Gandhi.

As a reader also pointed out in our rants and raves section, what Mr Sudarshan said now, bizarre as it was, has been said before and remains, for example, on Dr Subramanian Swamy's Janata Party website.

On Twitter, Dr Swamy had the following to say on the subject, pointing out that his charges pertained to the KGB, which, in Mr Sudarshan's version, had now become the CIA (read from bottom to top): 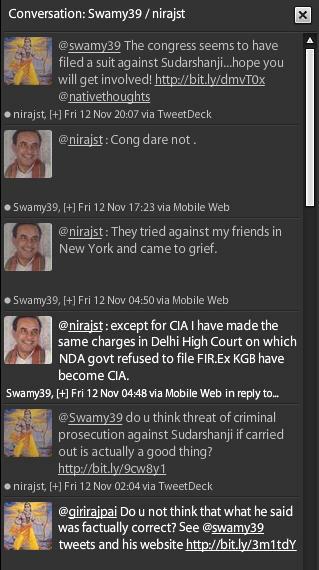 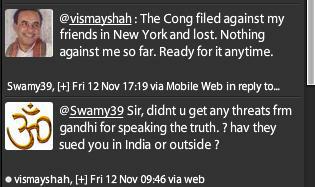