Video: At The Receiving End Of Police Brutality 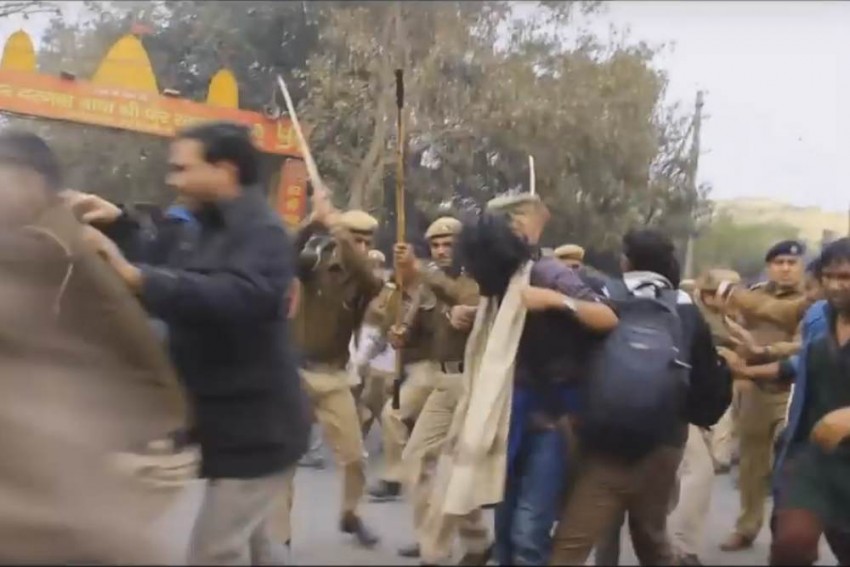 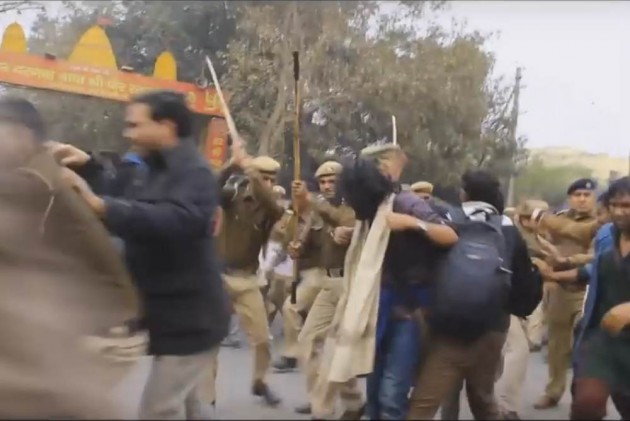 On Saturday, Jan 30, the police brutality in the capital touched the lowest ebb. In a 30-second video- that has gone viral on the social media- Delhi Police personnel were seen brutaly thrashing the protesters and dragging female activists by their hair outside the RSS headquarter near Jhandewalan. The students were there demonstrating peacefully against dalit student Rohith Vemula's suicide on his birth anniversary.

Two journalists, Catch News' Vikas Kumar and an independent photo journalist Rahul, were allegedly beaten up for shooting the lathicharge- their camera thrashed. They claimed the police action was 'unprovoked' and that the protesters were beaten up mercilessly.

The video triggered sharp reactions on social media. The Delhi Chief Minister Arvind Kejriwal alleged the police force was being used as RSS and BJP's 'private army' under a political dispensation that is at 'war' with students across the country.

I don't mind a few bruises. They are nothing compared to the atrocities being faced by common people on a regular...

Major Brouhaha Over Coldplay's 'Made In India' Video