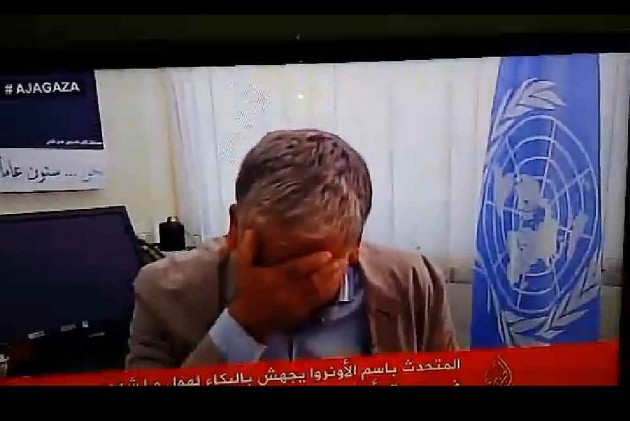 Chris Gunness, spokesman for United Nations Relief and Works Agency, today broke down at the end of an interview with Al Jazeera Arabic, while announcing about the death of children in Gaza.
Post by Issam Bayan.

He later tweeted the following.

UNRWA now has 225,178 displaced in 86 shelters. But #Gaza is being destroyed. So when the war is over where will these people go? RT