Two Thumbs Up From Putin To Topless Protesters 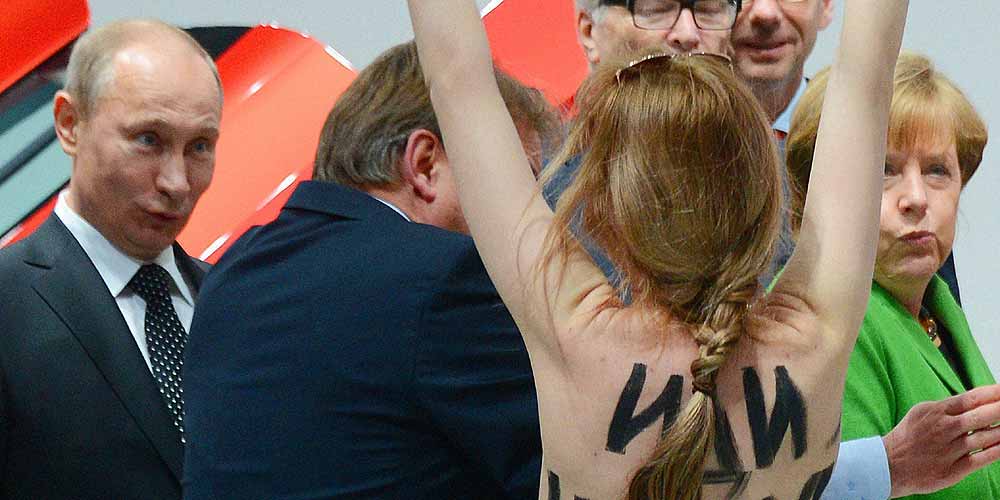 Russian President Vladimir Putin was greeted by three topless women protesters from the women's rights group Femen during the opening tour at the Hannover Fair in Hannover, Germany.

Gawker has an animated Gif which clearly shows that it's not just the look on his face, but the Russian President also immediately gave a two thumbs-up.

Reuters quoted a grinning Putin saying about the topless protests: “Regarding this performance, I liked it. I did not catch what they were shouting. I did not even see if they were blondes, brunettes or chestnut-haired.”

As various commentators pointed out, he was perhaps handicapped by not yet having read what the “obscene slogan” written in Cyrillic on the protester's back said.

The protesters have previously targeted Putin over the arrest and conviction of members of the feminist punk collective Pussy Riot — two of whom are still doing time in Russian labor camps — after they performed an anti-Putin song in a Moscow cathedral.