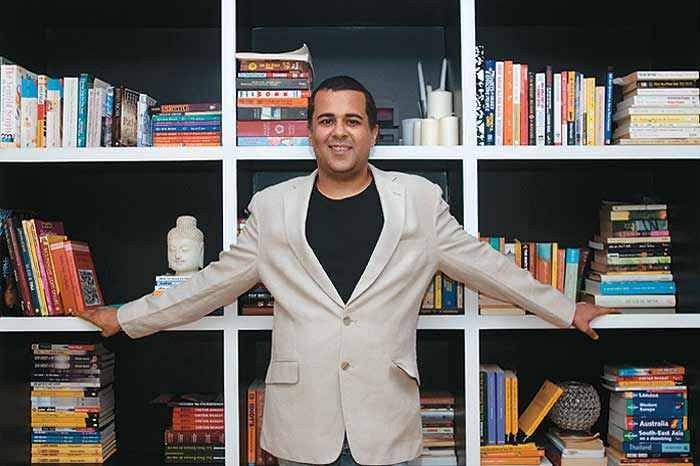 Chetan Bhagat has done it again. His ill-considered tweets on the situation in Gaza have stirred up a controversy. The best selling novelist has often managed to enrage the Twitterati, including the furore he caused by comparing the fall of the rupee with rape.

But this time he decided  to share his valuable opinion on West Asia:

What is happening to Gaza isn't fair but sadly that is the only way sometimes terrorist organizations and their supporters learn to behave.

However, he clarified that people should not read this tweet alone and went on to post two more tweets but without following the classic Twitter etiquette of pre-fixing or ending tweets with 'continued' or '1 of 3'.

I do think Israel has made its point though. Wish it would stop now and bring peace talks on the table again.

Isn't it interesting though how so many rich Islamic countries in the region don't say a word or intervene when Gaza is attacked.

Once the bashing started, Mr. Bhagat explained himself a little more:

However, before you play virtuous, do imagine rockets tossed everyday on India for 10 years and what would you want your govt to do.

And this is what people had to say:

Chetan Bhagat is the greatest example of what you will become if you read only Chetan Bhagat.

. @chetan_bhagat u shd hv just kept it simple & said u r as sad for #Gaza as if a puppy had come under ur car. Wud hv been clear then..

Read good books on the conflict, and not like the ones your write, before you give your judgement #ChetanBhagatSupportsEvilIsrael

Dear @chetan_bhagat, it's OK to shut up if you don't know about a topic. You don't HAVE to have an opinion on everything. Sincerely...

"2 States" by Chetan Bhagat is not about Israel & Palestine. But that does not stop him from commenting on West Asia.You see, he went to IIT

Dear Israeli supporters, You are in the same team as Sanghis, Tejinder Bagga, Chetan Bhagat etc. Must be feeling good.

Can Chetan Bhagat to a Vaidik and just go to Gaza and do hriday parivartan meetings please.