Tributes To Ali 'The Greatest' 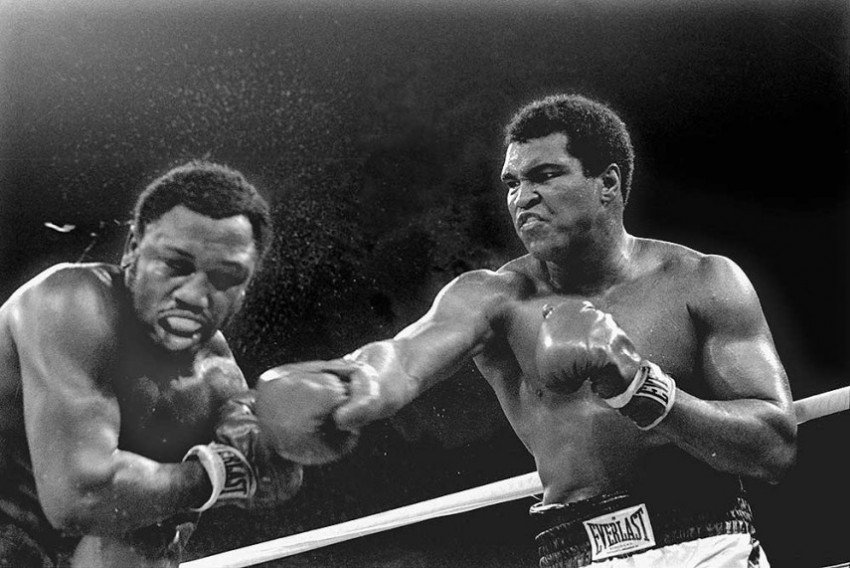 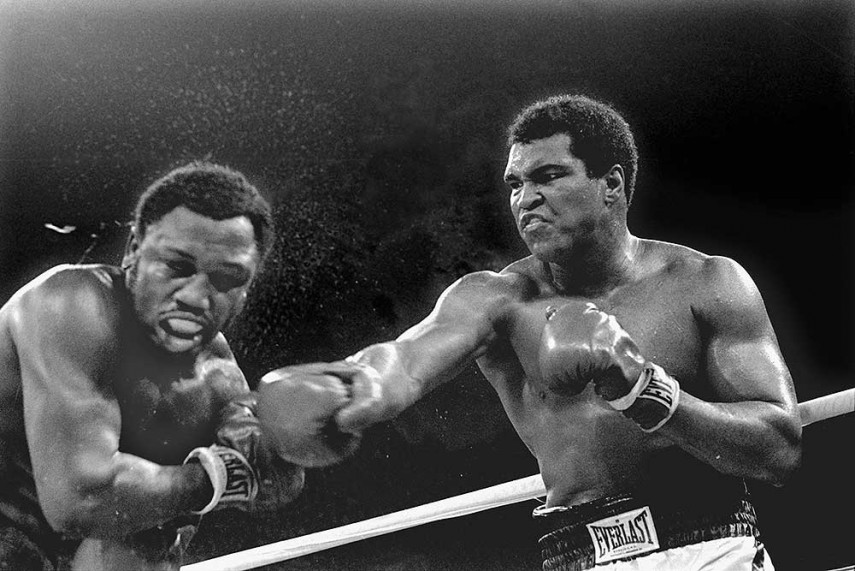 As the three times world heavyweight champion Muhammad Ali died today after a 32-year long battle with Parkinson's disease, the tributes have flooded in from the sports fraternity and beyond.

Hour’s before her father’s death Laila Ali, an undefeated professional boxer, posted a photo of him on her Facebook page, writing: “I love this photo of my father and my daughter Sydney when she was a baby!”

George Foreman, 67, who was Ali’s opponent in the legendary 'Rumble in the Jungle' fight in 1974, took to Twitter to share his grief. Ali knocked out Foreman in the eighth round, taking the heavyweight champion title from him.

“A part of me slipped away, the greatest piece,’ Foreman wrote. Foreman also told the BBC that “part of me is gone”.

“Muhammad Ali was one of the greatest human beings I have ever met. No doubt he was one of the best people to have lived in this day and age,” he said.

“To put him as a boxer is an injustice.”

Ali spoke out for African-American civil rights in the 1960s, carrying on his fight against injustice and sacrificing prime years of his own career in the process.

"He is, without a question in my mind, the most transformative person of our time," boxing promoter Bob Arum told ESPN.

"Muhammad Ali had the most influence because he was this great sportsman, great boxer, the way he could connect with people, a great talker, he said what was on his mind, what he thought was right."

"People looked at him and said there was something special about him. Any man willing to make that kind of sacrifice for his beliefs had to be respected."

"We lost a legend, a hero and a great man," said Floyd Mayweather, who retired as an unbeaten welterweight champion last year at 49-0. "He's one of the guys who paved the way for me to be where I'm at."

Don King, who promoted Ali's epic victory over George Foreman in the "Rumble in the Jungle," said Ali will live on forever.

"He was tremendous, not just a boxer, a great human being, icon, and his spirit will never die, like Martin Luther King Jr. They inspired people to do what was right and stand their ground. That is why Muhammad Ali will never die."

Retired fighter and promoter Oscar de la Hoya praised Ali as "one of the world's most celebrated athletes, the fighter who ushered in the golden era of boxing and put the sport on the map.

"Ali exemplified courage. He never took the easy route, something to be admired in and outside of the ring. As we reflect on his life, let us remember a man who pursued greatness in everything he did and be inspired to hold ourselves to that same standard."

Here is how bigwigs paid tributes to the boxing legend on twitter:

God came for his champion. So long great one. @MuhammadAli #TheGreatest #RIP pic.twitter.com/jhXyqOuabi

Please keep @MuhammadAli in your thoughts and prayers. With God, all things are possible. pic.twitter.com/scABVLxroB

Today my heart goes out to a pioneer, a true legend, and a hero by all means! Not a day went by… https://t.co/LKl0gI4inf

"He who is not courageous enough to take risks will accomplish nothing in life." Rest in peace #MuhammadAli

“If my mind can conceive it, and my heart can believe it—then I can achieve it.” #MuhammadAli
Rest now Champ. pic.twitter.com/QG1t8VoBZ2

A true legend has died... Rip Cassius Clay #MuhammadAli #Winner my thoughts are with the family...

Good night, I sleep knowing that extraordinary, dedicated, and compassionate people can truly change the world for the better. #MuhammadAli

U sure did make ur days count !! Rest In Peace #MuhammadAli #GreatestOfAllTime pic.twitter.com/SZsAYMYld4

"Float like a butterfly. Sting like a bee.
You can't hit what your eyes dont see"-
Muhammad Ali#RIPChamp #Legend pic.twitter.com/iGGQWSW64C

"Muhammad Ali was a legend and a legend never dies. All that he did for the sport will never be forgotten. In fact his work even outside the ring has immortalised him. He did so much for so many," Vijender told PTI, reacting to Ali's death.

"It's a huge, huge loss for boxing. I personally feel a sense of loss because he had inspired me and so many others like me. He will always be remembered for being a powerful boxer and an equally powerful personality. It's a very sad day for the sport," said Mary Kom, a five-time world champion.

Shiva, the lone Indian boxer to have qualified for the Rio Olympics thus far, said Ali would always be synonymous with boxing.

"It really saddens me that a huge legend is no more between us. But greats never die, they live on for all that they have done in their lifetime. He will always be alive in the hearts of people because he touched so many lives with all that he did. He may not be there in person anymore but his spirit will live on because every time someone would say boxing, the first name to come to mind would be Ali," Shiva said.

Former Commonwealth Games gold-medallist and one of India's most successful boxers, Akhil Kumar, also offered his tributes to the legend.

You will be remembered as a Legend.... Truly a Hero for me and many others #RIPMuhammedAli pic.twitter.com/ZU3hWEsq8n

Greatest sportsman of all time! May his soul rest in peace #MuhammadAli