This 'Chaiwala' From Pakistan First Broke The Internet; Now He Has A Modelling Contract 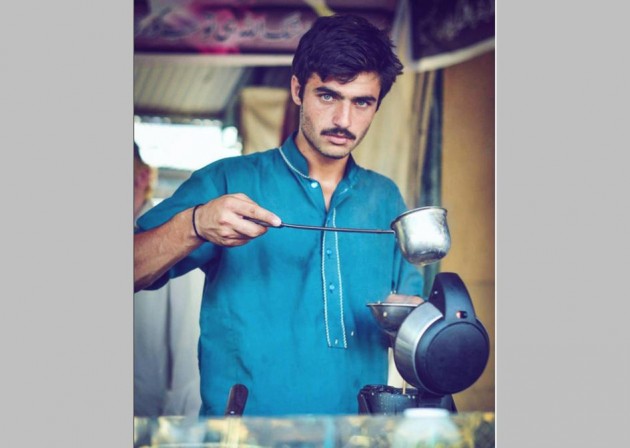 The only thing from Pakistan that has caused much mayhem across the border are pictures of a green-eyed chaiwalla that are taking the internet by storm. After a budding photographer and Instagram user posted pictures of Arshad Khan, a resident of Mardan city in Khyber Pakhtunkhwa, Khan has even bagged a modeling contract with a retailer in Islamabad.

It all started with an Instagram post by Jiah Ai which soon went viral with the internet and social media fawning over Khan’s eyes and chiseled looks. 'Chaiwalla' had been trending all of yester The ‘chaiwala’ from Pakistan said that close to 50 girls had visited him since the morning and he was now aware that he had become an overnight sensation on social media. “Yes, I am aware of my newly found fame and I am incredibly happy. My friends have been showing me pictures since this morning,” he says.

Over in India, the likes of Fawad Khan have been bypassed by this latest import from across the border and when asked, Khan says he resembles Shah Rukh Khan. He mentions that he has been complimented on his looks earlier, but nothing ever came out of it. On this occasion though, he broke the internet.

Here are two more pictures of this viral Hot-tea ;) P.s: sorry for the annoying watermark, but I had to since alot of people are sharing it without credits! #potd #instadaily #igersislamabad #igerspakistan #instagram #nikon #jiahsphotography #nikonpakistan #vscocam #vscogrid #dawndotcom #shutterpak #etribunepk #photography #photographer #streetphotography #chaiwala