There definitely seems to be a bug in the air.

Last week, Outlook reported on how using new technology, the government could - and was - eavesdropping into the conversations of important political leaders without needing legal authorisation

Yesterday, the Pioneer reported that  by "authorised tapping of telephones of several persons, including Nira Radia, who runs several public relations and consultancy companies — like Vaishnavi Corporate Consultants, Noesis Strategic Consulting Services, Vitcom Consulting and Neucom Consulting", the government had "unearthed damning evidence of wheeling-dealing in the spectrum scam" involving telecom minister A. Raja. The finance ministry has since issued a denial.

Today, in the MiD-DaY, quoting perhaps from the same set of documents that had been doing the rounds for months in Delhi, and had been the basis of the Pioneer report, J. Dey reported:

“The documents talk about individuals influencing policy changes at the highest level. It also says that two senior journalists—one a well-known anchor of a national television channel and the other a former editor, columnist and TV personality—lobbied on behalf of industrialists to secure ministerial berths for friendly politicians.”

Meanwhile, late last night The Hindu first put up a 14-page document, which seemed to be the basis of the Pioneer story, which had been doing the rounds earlier, and then took it off  with the following clarification:

The same unverified document downloaded from the Hindu had apparently also been put up on at least one Scribd account [the settings have since been changed to private] with some excitement on Twitter [eg here and here and here]. One of the journalists whose name had been mentioned in the unauthenticated document and who had rubbished the charges last night has since clarified with more details after the report was taken off by the Hindu: 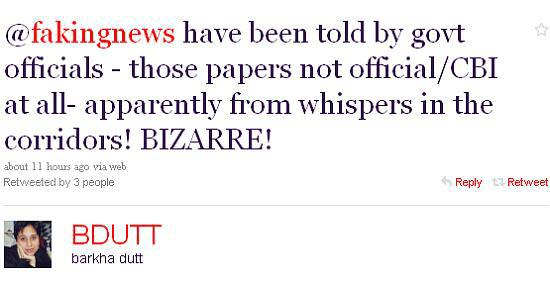 Whispers in the Corridors

Postscript: April 30: The DNA newspaper summarises the spectrum controversy, seemingly based on the same impugned document that remains unauthenticated and unofficial and had been taken off by the Hindu from its website: 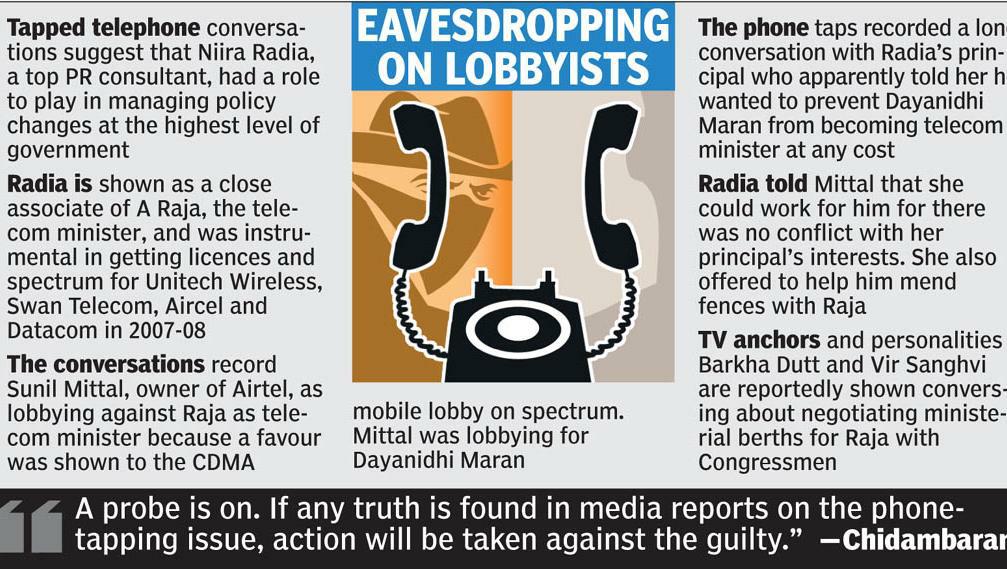 Tata Sons, represented by Neera Radia, have issued a press statement through her agency Neucom Consulting.