The Shanti Bhushan Article That Wasn't 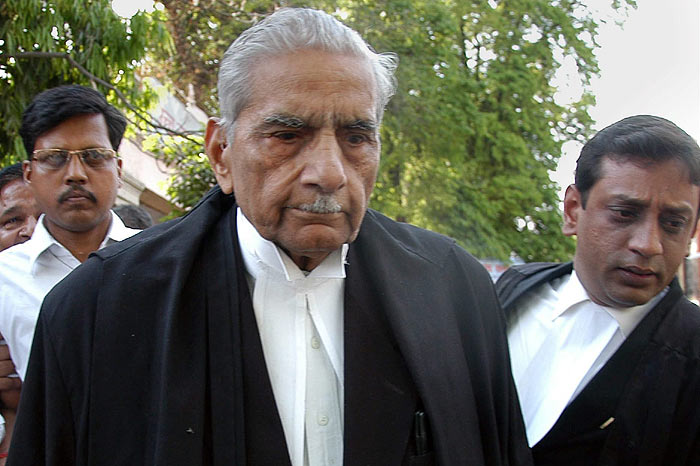 The Mail Today, a tabloid daily run by the India Today group, today carried an op-ed published under the name of eminent lawyer Shanti Bhushan, titled: Kejriwal is on course to ruin 2014 for the BJP.

Shanti Bhushan—who was described correctly in the bio-line at the end of the article as "a former law minister, a former member of the BJP and a founding member of the Aam Aadmi Party" —denied having written the article and filed an "FIR relating to forgery, cheating by impersonation and defamation"

"It is a forged article. I have asked the editor of the daily to file an FIR to find out who is behind it."

"This is part of a big political conspiracy to discredit AAP and Arvind Kejriwal. It is possible that a BJP member could be behind it."

In his FIR (see below), Mr Bhushan said:

The article was neither written by me, nor sent by me to Mail Today or the India Today group. The views in the artcile are also completely contrary to my views. It seems that someone has purposely and mischievously written this article and falsely attributed it to me, in an attempt to defame Arvind Kejriwal, the Aam Aadmi Party, and myself.

That the views in the article are indeed contrary to Mr Bhushan's views should be obvious at even a cursory perusal of the article, and any informed reader is bound to wonder why one of the founding members of AAP, with not even any remote whiff of even a hint of a problem with Arvind Kejriwal, would be pouring such vitriol on the latter, or why indeed would he be so solicitous towards the BJP, or be singing hosannas to Narendra Modi. And yet, strangely, as Mr Bhushan points out in his FIR:

The newspaper in question did not check with me to verify whether the article was actually written or sent by me, before publishing the article with my name and photograph.

"We are filing an FIR to ascertain the facts and to see who is behind this mischief. We have verbally apologised to Mr Bhushan. We will be sending a formal apology to him. There was no malice or malafide in publishing the article."

The Mail Today took off the article from its website and offered the following apology:

The article has since been removed due to lack of authenticity of  authorship. Originally, the article was published under the name of eminent lawyer Shanti Bhushan who has denied having written the article. Following our investigation, we have removed that article.

Our sincere apologies for the inconvenience.

We have been had, our deepest apologies to mr shanti bhushan whose purported article has been carried on our edit page this morning

We are now filing a fir and taking legal action against the miscreants, we r equally victims in this, apologies to mr bhushan

The page has since been removed from the website of the Mail Today but continues to be available on the Daily Mail's website: Mail Online India: Kejriwal is on course to ruin 2014 for the BJP [Edited to add at 23:20 PM -- the article is now no longer available from this link]

Full text of the article as it appeared in the Mail Today:

1. The article is now no longer available on the Daily Mail website URL given above.

2. The Mail Today's Rohan Venkat tweeted the following at 19:17: