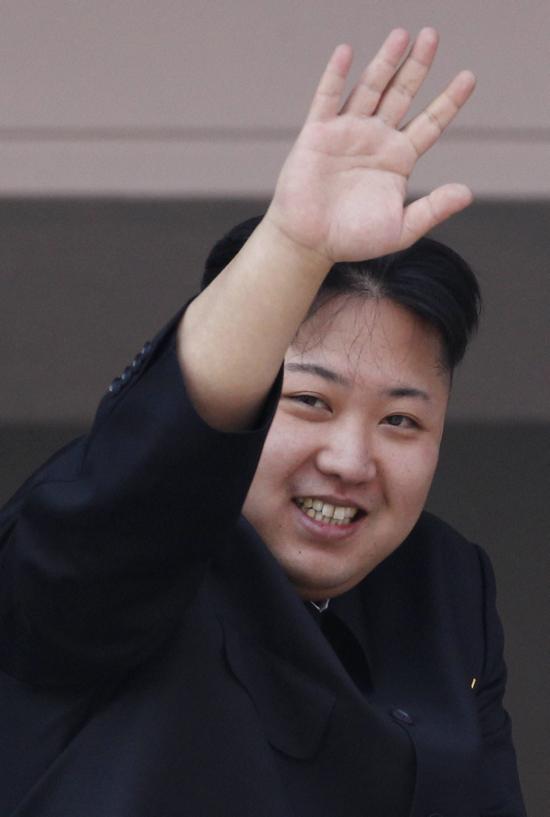 Yesterday, the People’s Daily Online, a website of the Chinese Communist Party’s English-language mouthpiece, republished a recent Onion piece naming North Korean dictator Kim Jong-Un, along with a gallery of 55 photographs, as the Sexiest Man Alive for 2012.

It remained unclear whether or not the People's Daily editors were aware that it was meant to be a spoof, till the story was taken off today.

It took the Associated Press to provide the full case of Chinese whispers that led to the faux pas. The Onion story was apparently first picked up by the Hong Kond media which explained to its readers that "The Onion is a satirical news organization."

But, by the time the story made it to the Chinese media, it had morphed into a matter of fact report—state-run Yangtse.com was the first to remove the crucial information about it being a spoof, the AP report pointed out.

The Guangming piece was still online Wednesday and the story's editor told The Associated Press that she had not realized it was a joke until the AP called.

The editor, Wang Miaomiao, said she wasn't worried about the gaffe.

"Even if it was satire, the report itself was true. The content is not made up. Also, we have to go through a procedure to take something down from the website," Wang said. "In addition, it is not a fabricated report, and it does not jeopardize society."

The story next made it to the flagship paper of the Communist Party, the People's Daily, on Tuesday along with a significant upgrade: a 55-photo slideshow of Kim. An editor at the People's Daily website who refused to give his name said the story was picked up from the Guangming Daily site, running on three channels in Chinese and English.

True to form, the Onion was gracious in its response, offering an update to its original spoof:

UPDATE: For more coverage on The Onion's Sexiest Man Alive 2012, Kim Jong-Un, please visit our friends at the People's Daily in China, a proud Communist subsidiary of The Onion, Inc. Exemplary reportage, comrade

The NYT quoted Will Tracy, the author of the original spoof as saying that  he had thought the list of previous winners, filled with “renowned maniacs” [such as Bashar al-Assad, Bernie Madoff, Charles and David Koch, Ted Kaczynski, T. Herman Zweibel]  was enough of a red flag. He further added that The Onion had issued a formal statement. “We are pleased that one of our many fine Communist subsidiaries, the People’s Daily in China, has received accolades for its coverage of our Sexiest Man Alive announcement,” the statement said. “The People’s Daily has served as one of The Onion’s Far East bureaus for quite some time, and I believe their reportage as of late has been uncommonly fine, as well as politically astute.”

The Onion is no stranger to its parodies being mistaken for serious journalism. As recently as September this year, Iran's semi-official Fars News Agency published a story claiming that a Gallup poll found that rural white Americans prefer Iranian President Mahmoud Ahmadinejad over President Barack Obama. The Iranian agency did not even cite the source of the story which, of course, happened to be the Onion, and published the story on its own.

The Onion editor Will Tracy was similarly solemn and had maintained, with the same deadpan manner that characterises all its stories, that Fars was a subsidiary and had been "our Middle Eastern bureau since the mid 1980s, when the Onion's publisher, T. Herman Zweibel, founded Fars with the government approval of the late Supreme Leader Ayatollah Khomeini. The Onion freely shares content with Fars and commends the journalists at Iran's Finest News Source on their superb reportage."

The AP report points out that in 2002, the Beijing Evening News, one of the capital's biggest tabloids at the time, published an Onion spoof of the way sports teams threaten to leave cities in order to get new stadiums that baldly claimed that the US Congress was considering leaving Washington to look for a new capitol building, as a serious news item.

Last heard, the Onion spoof was being circulated on the internet as a template for a possible certificate for the Sexiest Man Alive, that coulkd certainly be perused by People magazine with some benefit:

“With his devastatingly handsome, round face, his boyish charm, and his strong, sturdy frame, this [replace your hometown]-bred heartthrob is every woman’s dream come true.

Blessed with an air of power that masks an unmistakable cute, cuddly side, he made this newspaper’s editorial board swoon with his impeccable fashion sense, chic short hairstyle, and, of course, that famous smile.

“He has that rare ability to somehow be completely adorable and completely macho at the same time,” Onion style and entertainment editor Marissa Blake-Zweibel said.

“And that’s the quality that makes him the sort of man women want, and men want to be. He’s a real hunk with real intensity who also knows how to cut loose and let his hair down.”

Why Should I Rejoice?