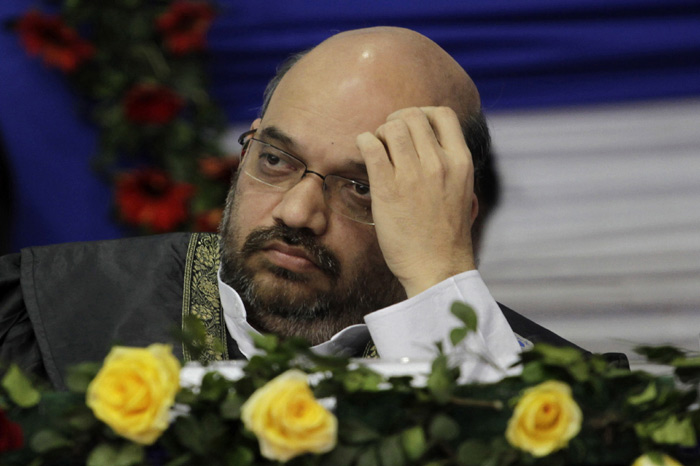 On l'affaire Sohrabuddin Sheikh, it is perhaps a sad commentary on the times we live in that MJ Akbar has to spell out that it is not about secularism or Gujarat or Modi but what ought to be obvious: it is the court’s business to determine guilt and innocence, and not that of the police:

Amit Shah cannot escape, no matter how smart a politician he might be. The wheels of Indian justice may take their time, but when they move they grind with persistence. Shah will attempt to exploit contradictions in the public mind, for there will be those who support “killer-solutions”, but his case is badly tarred by the accusation that he took money from businessmen in the larger transactions surrounding this case. Shah, and Narendra Modi, will learn that the circumference of power is wider than the political world. This episode will also interfere with Modi’s hopes of becoming his party’s candidate for Prime Minister, which may not displease everyone in his party.

But surely accountability cannot be limited to just one case in one state. Who is responsible for the death of Rajkumar Cherukuri Azad, the 55-year-old Naxalite leader who was shot dead by the Andhra police in Adilabad district? Was this an ‘encounter’ or a ‘fake encounter’? Do the police have evidence of a Naxal attack, to which they were responding? Or did they track Azad on orders from Delhi or Hyderabad, and then murder him?

Is he too optimistic about justice being meted out to Shah? Given the track record of high-profile poweful people and how the law treats them, the cynicism of most would be understandable. However, one could well argue that MJ Akbar prejudges the case, exactly what he says the police should leave to the courts, and as Vir Sanghvi correctly points out:

It is not my case that Amit Shah is guilty.  Even though the BJP seems willing to hang the CBI on the spot, I still believe in the presumption of innocence. Shah is entitled to a fair trial. And he might well be exonerated.

My concerns are different. When the Supreme Court orders and monitors an investigation into what appears to be a case of cold-blooded murder, I think it is incumbent on everybody – and on politicians, in particular – to respect India’s premier court, its motives, and the investigation it has ordered.

When a political party reacts with this kind of ill-tempered tantrum only because one of its own members has been accused by the investigators then it does no favours to the accused minister. Instead, it only serves to demonstrate how far that party has travelled from the principles of justice. Sohrabuddin was a citizen of India. If he was murdered by policemen, with the connivance of politicians, and then falsely described as a LET terrorist, then he deserves justice. Allow the police to murder who they like and tomorrow it will be you or me at the end of a police bullet.

I do agree with what MJ Akbar suggests for Swami Agnivesh to do at this point and the question he poses is worth pondering over, specially by all those who are exulting over Azad's killing:

It is perhaps easier to pose questions than to find answers since we are dealing with a prickly proposition: who is an enemy of state? There is no confusion about a Kasab and the many thousands who have been sent across an international border to damage our country. The problem gets more opaque for the Supreme Court when categories change. The court has taken a courageous decision in ruling that a man like Sohrabuddin, who has killed gangsters to spread an extortion racket and has employees armed with automatic firearms, cannot face an arbitrary death squad. Does Azad, in the opinion of the court, deserve to be killed without a trial because certain persons in Andhra Pradesh and Delhi have decided that this is how it should be?

The Supreme Court is not a political party. It cannot vary its principles to suit pragmatic needs.