Whether pining away for his forbidden love as Veer Pratap Singh, or the reel-life version of the unsung hockey hero, Kabir Khan, this man could barely make a wrong move, until he chose to take the more insincere way out. 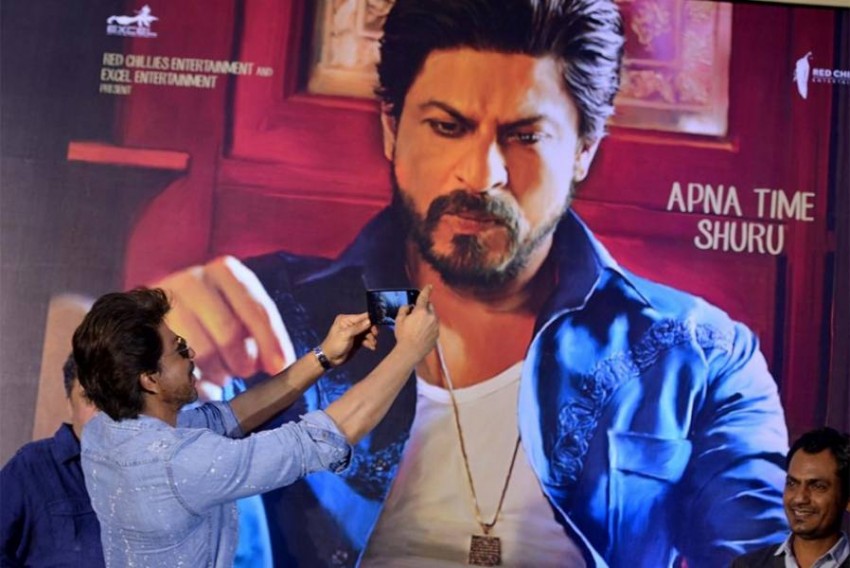 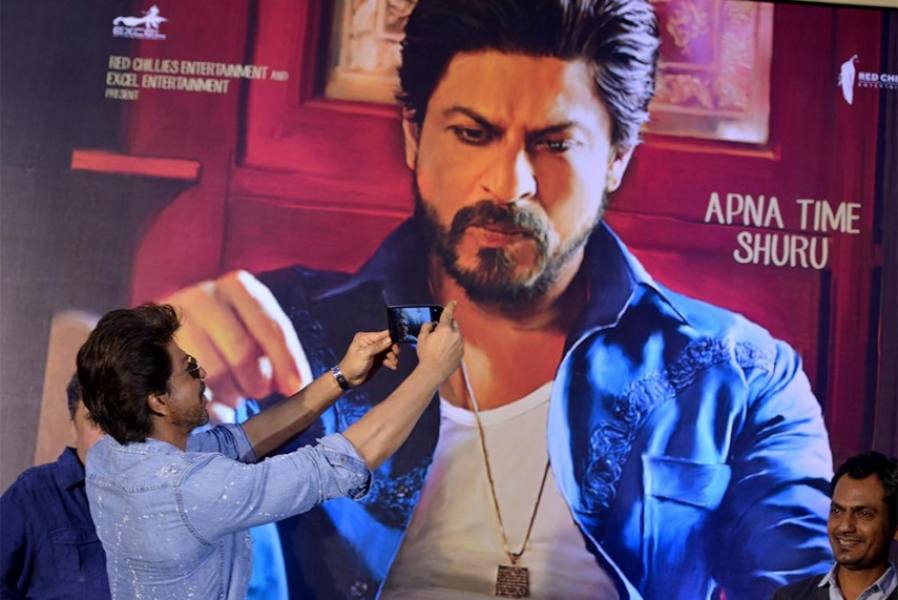 I still remember that exciting, almost feverish summer noon in 2004, when a couple of us giggly high-schoolers were dialling each other’s landline numbers nervously, making seemingly diabolical plans. Our parents hovered over the parallel lines in hopes of catching us red-handed while we would be in the middle of a Mojo Jojo laugh. Five pre-teenagers were about to do the most adult thing they had ever done in their lives for the first time — watch a movie at a theatre all by themselves (although picked up from and dropped off at the venue by adults, but that didn’t count). This step, however, held an added layer of significance in their collective lives. They had carefully deliberated on making this memory an unquestionably special one and the only one they unanimously trusted with this mammoth task was none other than the king himself. King Khan, Shah Rukh, who had just released his production venture with first time director - cum - best bud, Farah Khan — Main Hoon Na.

The film was as potboiler as it gets, that too right after we were all recovering from a nationwide heartbreak left behind by Nikhil Advani’s Kal Ho Na Ho (2003). We couldn’t keep ourselves from humming the infectious tunes going “Chaahe jo tumhe puure dil se, milta hai woh mushkil se…”. Yes, we were far more dedicated to learning Javed Akhtar’s lyrics than the poetry prescribed in our syllabi. Why? Because we sincerely believed in what the emperor of our hearts had to say. Of course, it’s tough love out there in the real world. Why believe in John Keats when God himself had better advice for you?

Our collective and individual motivation to save up months of our pocket money so as to be able to buy the cassette of an upcoming Shah Rukh Khan film (without letting our parents know, of course) was a spectacle worth beholding  — some of us were privileged enough to succeed, while the rest took turns to relish the songs on a borrowed cassette and learn them by heart in a week, before passing it on to the next in queue. For 12-year-old girls being raised in mostly middle class households in Calcutta during a pre-internet era, the most accessible and perhaps, only believable form of love came in the name of Shah Rukh Khan. Everything else was ordinary — it was the kind of extraordinary we thought we all deserved.

It’s true, some of us did choose to admire the refurbished Saif, or the newly minted, offbeat Vivek Oberoi, but only after ensuring that the lion’s share of our affections had been spent on singing Shah Rukh’s love songs, or performing to them on Teachers’ Day. SRK was a constant, everyone else was welcome to take the second spot. We didn’t mind or judge a soul as long as they had sworn their loyalties to our one and only. A fair deal to be honest.

Growing up in the heart of Bengal meant planning our lives around five days of the calendar — Durga Pujo. But in the urban, privileged world of colour television, a second carnival that came every year with an SRK film was just as important. Shah Rukh’s stellar phase with a few misses and mostly hits had just about kicked off as we transitioned into high school, armed with newer songs and crazier dance moves with each passing year. Veer-Zara (2004), Swades (2004), Paheli (2005), Kabhi Alvida Na Kehna (2006), Don (2006), and finally, Chak De! India (2007). Through the next stage of nearly six years of his career, SRK made us laugh till we cried, taught us over and over again that there would be no one quite like him to sway us off our feet and light up our screens, as we swiftly moved from idiot boxes to our first PCs. Whether pining away for his forbidden love as Veer Pratap Singh, or the reel-life version of the unsung hockey hero, Kabir Khan, this man could barely make a wrong move, until he chose to take the more insincere way out. As the Rab Ne Bana Di Jodis (2008) and My Name is Khans (2010) rapidly gave way to the mind-numbingly asinine Ra. One (2011) and Jab Tak Hai Jaan (2012), the Dil Se humming, naive 90s kid evolved into the uncomfortably woke twenty-something, armed with relatable memes and an Urban Dictionary fueled vocabulary. Our idea of the classic boy-stalking-girl-in-Switzerland love was termed as harassment almost overnight; Kuch Kuch Hota Hai’s Rahul found himself dethroned all of a sudden — he was no longer the cool college loafer with a heart of gold. The world of feminist literature at our fingertips or mouse-clicks had unmasked him and made us turn to Wong Kar Wai, so we could relearn the meaning of love. Our carefully curated worlds, built on the blocks carrying images of a dimpled Raj or Rahul running through mustard fields or land mines for his beloved had shattered. We didn’t quite notice the change in our preference of watching younger faces who romanced women of their age, instead of the stalwarts who were defiant on remaining 21 all their lives. While our childhood Hollywood heartthrobs had seamlessly graduated to acting in “intellectual” films like Shutter Island and Inception, back home, the pastures had failed to turn greener.

We hoped against all hope to finally see an SRK who was willing to dish out a little more than just his cocky, recycled star-self on-screen, but all we were left with were generous helpings of disappointment (read: Chennai Express, Happy New Year, Dilwale). We broken-heartedly watched him prance around on sets with props that performed more honestly than his lazy, complacent expressions. His worshippers had moved light years ahead of him, while he almost arrogantly chose to languish in his hard-earned past-life accolades.

Just when the world ushered in yet another starry-midnight on November 2, pooling in front of his sea-kissing Mannat to catch a glimpse of their favourite hero, Khan gifted his lovers one more reason to believe he might redeem himself. On the occasion of his 53rd birthday, as I sat down to watch (and cringe, which I did) the trailer of his upcoming Zero almost religiously, albeit without the excitement, I genuinely prayed that he redeemed himself at long last. But until that wish fulfilment, here’s continuing to love the old Badshah who’s still reigning over our 12-year-old hearts, who taught us that “dil toh aakhir dil hai na, meethi si mushkil hai na,” with a twinkle in his eyes that didn’t lie.