'The Obsession With India...' 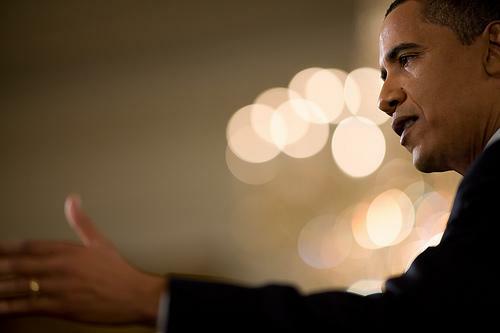 The echoes are getting louder. First President Obama:

Q    Thank you, Mr. President.  I want to move to Pakistan. Pakistan appears to be at war with the Taliban inside their own country.  Can you reassure the American people that, if necessary, America could secure Pakistan's nuclear arsenal and keep it from getting into the Taliban's hands or, worst-case scenario, even al Qaeda's hands?

THE PRESIDENT:  I'm confident that we can make sure that Pakistan's nuclear arsenal is secure -- primarily, initially, because the Pakistani army I think recognizes the hazards of those weapons falling into the wrong hands.  We've got strong military to military consultation and cooperation.  I am gravely concerned about the situation in Pakistan not because I think that they're immediately going to be overrun and the Taliban would take over in Pakistan; more concerned that the civilian government there right now is very fragile and don't seem to have the capacity to deliver basic services -- schools, health care, rule of law, a judicial system that works for the majority of people.  And so as a consequence it is very difficult for them to gain the support and the loyalty of their people.So we need to help Pakistan help Pakistanis.  And I think that there's a recognition increasingly on the part of both the civilian government there and the army that that is their biggest weakness.On the military side you're starting to see some recognition just in the last few days, that the obsession with India as the mortal threat to Pakistan has been misguided, and that their biggest threat right now comes internally.  And you're starting to see the Pakistan military take much more seriously the armed threat from militant extremists.We want to continue to encourage Pakistan to move in that direction.  And we will provide them all the cooperation that we can.  We want to respect their sovereignty, but we also recognize that we have huge strategic interests, huge national security interests in making sure that Pakistan is stable and that you don't end up having a nuclear armed militant state.

THE PRESIDENT:  I'm not going to engage --

THE PRESIDENT:  I'm not going to engage in hypotheticals of that sort.  I feel confident that that nuclear arsenal will remain out of militant hands.  Okay?  [Whitehouse.gov]

And then, Fred Kaplan in Slate:

Pakistan's military and intelligence apparatus have done so little to confront the Taliban in any serious way—because doing so would throw into question their commitment to Islam. (They have done battle against al-Qaida, which can be portrayed as a foreign threat.) It explains why they have refused to deploy many troops on the northwestern border with Afghanistan—because that would require withdrawing a lot of troops from the southeastern border with India. And it explains why they have never prepared for counterinsurgency campaigns—because that would distract attention from the political need for external threats.