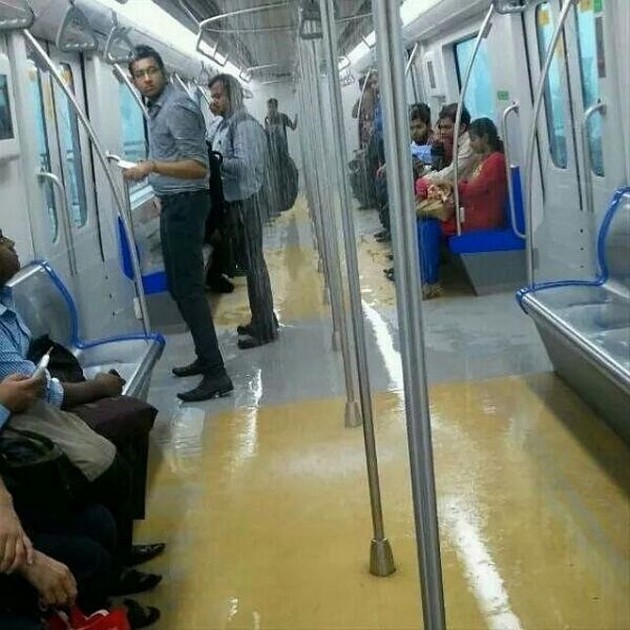 Commuters of the Mumbai Metro had a surprise as water suddenly started pouring from an AC vent in a carriage.

The Mumbai Metro promptly responded on Twitter, apologising for the situation and assuring that it would be corrected soon.

We regret the inconvenience caused to our passengers today. (1/2)

(2/2) Technical issue witnessed today is not uncommon. It already has been rectified and the train is ready to serve tomorrow morning.

#MumbaiMetro is committed to provide world class service. We are witnessing a few teething problems and trying to fix these things. (2/2)

The Mumbai Metro was launched on June 8 and is yet to reach its first-month anniversary.

There was no stopping the Twitterati and it didn't take much time for the issue to trend on Twitter.

Ever stand there in the shower, naked, vulnerable, drenched & feel like someone's watching you? Then realise you're just on the MumbaiMetro?

Welcome to Mumbai Metro Rain. The platform will be on the left bank. Mind the gap between the door and the river bed.

"Difference between #MumbaiMetro and #MumbaiLocal , In metro u dont have to rely on ppl sweat to take a bath, you have actual water."

Dear Pakistan, please buy more and more Chinese arms!! We had a glimpse of Chinese engineering brilliance yesterday in #MumbaiMetro