The Man Who Punched Marquez 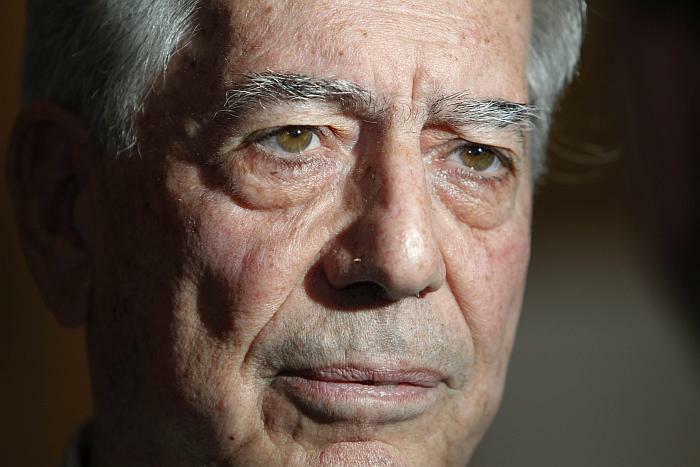 The Nobel Prize in Literature 2010 was awarded to Mario Vargas Llosa "for his cartography of structures of power and his trenchant images of the individual's resistance, revolt, and defeat".

Short phone interview with the Editor-in-Chief of Nobelprize.org:

I think writers are citizens too, you know, and have the moral obligation to participate in the civic debate, in the debate about the solutions to the problems that the societies face. That doesn't mean that I think that writers should become professional politicians. No, I never thought, I never wanted to become a professional politician. I did it once because the situation in Peru was deeply, deeply serious. We had hyperinflation, we have terrorism, there was war, civil war, in the country. And, in this environment, my impression was that the very fragile democracy that we had [phone line drops out] was on the point of collapse! So, it was in this circumstances. But, I did it as something very exceptional and knowing perfectly well that this would be a transitory experience, no, which it was.

But, on the other hand, I am ... I, I think that writers, as the rest of citizens, should participate in the civic problems. Otherwise, you couldn't ... you couldn't protest! You couldn't [phone line drops out] participate. If you believe in democracy, democracy is participation, and I don't think why writers, or artists, or intellectuals should exonerate themselves of this moral obligation to participate.

From a 2007 profile in the Guardian in which he is described as " a literary giant, supporter of the Iraq war and hippo enthusiast" by Susanna Rustin:

Radiating urbane civility, posing for photographs on the black leather sofa in his Knightsbridge flat, Mario Vargas Llosa is not an obvious specimen of the fight first, think later breed of writer-as-action-hero. But 31 years ago Vargas Llosa punched Gabriel García Márquez in the face in a Mexican cinema, leaving him with a black eye and announcing that their friendship, which had flourished during the 1960s boom in Latin American fiction, was over.

Their brawl has become a legend, not least because neither man has ever explained what was behind it. Was it a political argument between the radical Colombian, friend to Castro, and the disillusioned Peruvian who had all but abandoned the left for free-market economics? Or had García Márquez, as has been suggested by his biographer Dasso Saldivar, become too close to Vargas Llosa's wife Patricia, from whom he was temporarily separated?

From a 2002 Guardian profile by Maya Jaggi:

"His political position stains his literature," says the Argentinian writer Luisa Valenzuela. For many admirers he remains a perplexing composite. "He's a wonderful novelist but a hopeless, dangerous politician," says Richard Gott, author of a recent book on Venezuela's president Hugo Chávez. "He agrees with everything the United States does in Latin America." For the critic Alberto Manguel there is a "troubling paradox" in the "two Vargas Llosas" between the vision of the novelist and playwright and his views in the press. Vargas Llosa began a parallel career as a journalist at 15 and now writes columns for the Madrid newspaper El País. Likening him to a "sightless photographer... blind to the human reality that his lens had so powerfully captured", Manguel says "it seems as if the politician has never read the writer"...

...In 1955 he eloped with his aunt Julia Urquidi when he was 19 and she 32, an alliance that brought reconciliation with his father, who thought marriage at least a "virile act". His comic masterpiece Aunt Julia And The Scriptwriter (1977) alternated the tales of a Bolivian writer of radio soap operas with his eight-year marriage, "a kind of soap opera too, full of turbulence and melodrama"...

From an interview to Robert McCrum in the Guardian in 2002:

"The writer's job is to write with rigour, with commitment, to defend what they believe with all the talent they have. I think that's part of the moral obligation of a writer, which cannot be only purely artistic. I think a writer has some kind of responsibility at least to participate in the civic debate. I think literature is impoverished, if it becomes cut from the main agenda of people, of society, of life"

Notes From A Beautiful City