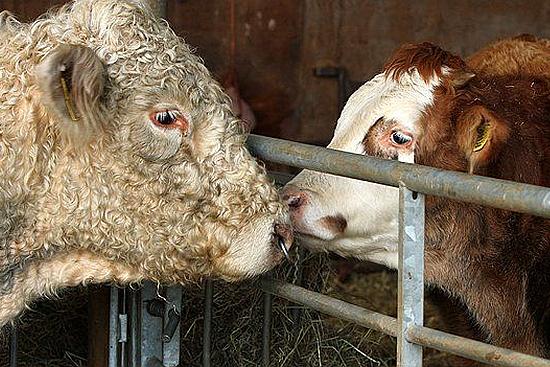 Ireland may have said yes to gay marriage but they are still a little behind when it comes to accepting homosexuality among animals.

A "gay" bull who goes by the name Benjy recently made headlines in Ireland when his owner complained that he was not fulfilling his duties at home in County Mayo since he showed little interest in the opposite sex.

His (Benjy's) story was picked up by an animal rights group and an online gay daily magazine. A campaign to buy him and give him a new home at the Hillside Sanctuary in Frettenham, Norfolk, followed.

In under a week the campaign raised over £9,000, including a £5,000 donation from Sam Simon, co-creator of the TV cult cartoon The Simpsons.

But now that he has settled in his new home in Hillside Animal Sanctuary, in Norfolk, it seems that Benjy isn't gay after all. He just doesn't like Irish cows very much and prefers the English.

Wendy Valentine the founder of the sanctuary said: "Judging by what he was trying to do the other day with one of the cows... he isn't gay."

"He's a large, gentle animal, he's lovely and he's a very handsome boy, but a big gentle softie," she added.